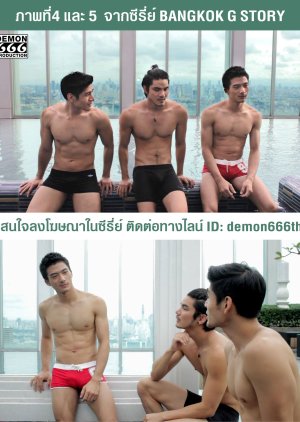 Humorous series telling the sexual adventures and misadventures of three gay friends in Bangkok, including "G" who lands straight from the province. Edit Translation 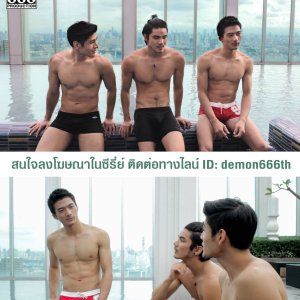 Ongoing 20/20
Scrlt_pimpernel
4 people found this review helpful
Other reviews by this user
0
Oct 5, 2018
20 of 20 episodes seen
Ongoing 0
Overall 7.0
Story 7.0
Acting/Cast 6.5
Music 6.5
Rewatch Value 7.0
This review may contain spoilers
This drama has a bit too much cheating for me. But the friendship between G and T had me staying. It remained constant throughout all the other men. In the end loyalty and honesty brought the two best friends together. If you can make it past episode 16 it’s worth it. It ended up being a sweet story! The acting so-so, but the men were hot and nice eye candy, so that made up for it. Plus G’s idealistic but hopeful view of finding love inspired me in this jaded world. You never know where you’re going to find it!
Was this review helpful to you?

Ongoing 20/20
anchorenomore
1 people found this review helpful
Other reviews by this user
0
Sep 17, 2018
20 of 20 episodes seen
Ongoing 0
Overall 7.0
Story 6.5
Acting/Cast 6.5
Music 5.5
Rewatch Value 6.5
This review may contain spoilers
I'm a big fan of this type of silly everyday comedic story involving BL. IT isn't the greatest dramedy (Drama+Comedy) out there, but it's something that helps entertain you when you have nothing to do or watch.

Cast: For the most part, everyone was attractive, funny and actually looked their age. Often, I watch BLs where the actors are extremely young playing older characters or the other way around. Though it is clear these boys are new to the acting world, they weren't too bad. Like someone else mentioned, lots of awkward acting/pauses.

one thing for sure, they were not shy at all to do play or pretend for the sex rated parts.

Story:
I liked that they touched on various subject matters such as; cheating, jealousy, trust and loyalty. I liked that there was something for everyone, from switching roles in the bedroom, to crushes and naive clueless characters. I was one of those people who was rooting so much to T and G from the start and was quite surprised when he ended up with B-whom was the least mature of the three amigos. It was also refreshing to see a Top (T) who could put aside his ego to please his love B though B was an A*hole for pulling the tricks he pulled.

Overall, it's an okay silly drama. Lots of eye candy for sure and lots of moments when you have to cackle out loud with how ridiculous the situations these boys find themselves in. Some of it is outrageous but totally believable. It reminds me a lot of Diary of a Toosie with how silly they are, but they also can handle serious subjects well. I also love the friendship between the boys and how they look out for each other.

I say watch it if you want a good laugh and want to look at hot men.