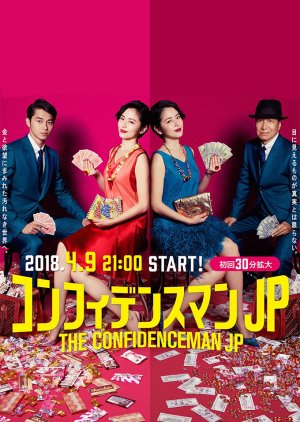 An exhilarating and entertaining comedy about a bizarre plan to steal a large sum of money from people consumed by desire. The main character, Dako and her partners in crime, a serious and dedicated young confidence man Boku-chan and battle-hardened veteran confidence man Richard, resort to any means necessary to steal money from money-mad unscrupulous company bosses and Mafia dons. Watching them cheating and be cheated, sometimes even deceived by their friends, and wonder what tricks they will use next in order to take money from their targets. (Source: Fuji TV) Edit Translation 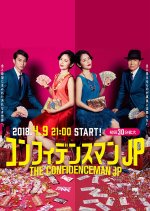 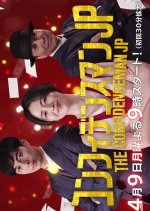 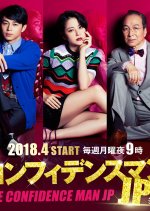 Completed
nishoken
9 people found this review helpful
Other reviews by this user
0
Jul 7, 2018
10 of 10 episodes seen
Completed 0
Overall 10
Story 10
Acting/Cast 10
Music 10
Rewatch Value 10
Without much expectation nor anticipation for the drama , I decided to check out the said drama as it was available on one of the App I was using for viewing. Truth to be told, episode 1 gave me a hesitant feeling whether or not to proceed with the drama. it was fun and an enjoyable ride however it made me question its 'purpose'. BUT wait, don't ever think of dropping this one. J-drama fan or not, it is the type of drama anyone can sit back and enjoy. No lies there. Don't question at all, Confidence Man JP is not the type of drama where you need to do much thinking but instead it is the type of drama you should pick up when you're totally exhausted, stressed, or depressed.

The cinematography is something you'd see in Fuji TV Dramas? Nothing exceptional however the lighting helps with the 'feel' or 'atmosphere' of the show, giving it a warm and lighthearted feel. Music-wise, it is a drama where nostalgic songs such as GreeeN's Kiseki would play..why? You'd have to find out for yourself.

That's right, this drama isn't just about the entertainment and thrill the three characters may give you on screen but it also displays a lot of morals for the viewers. What's true happiness? Does Money really matter? and so on.

Actors? The likes of Konihata Fumiyo is someone you will typically see in all sorts of drama but his portrayal of Richard leaves an impression! Truly, I do not think Richard will appear as a seemingly 'gentleman' if it weren't for the tone of his voice and his image. This is followed by Higashide Masahiro who has been gaining much popularity in the Japanese Acting Industry as of late, well.. what do you expect, Higashide will make a character as charming as he is! The gullible Boku-chan is one of the highlights of the show so do look out for him. Last but not the least ( as you'd have to consider the wonderful guests each episode offers), Nagasawa Masami. She has never been in my list of favorite actresses as her previous acting skills did not 'wow' me at all despite her long stay in the industry but if you have seen her acting or state back then, then you could pretty much see how much she's grown over the years. With that said, I can finally say Dako won't be as fun as Dako without her cheeky and bright portrayal. She truly shined in this role and she fits it 100%. No overacting from the three at all. so rest assured.

Overall, it was fun.. it was fun to the point that once the drama hit its final episode, I was too sad to bid goodbye to the three characters. The ending was well-played too.

Completed
YueofBlueGables
3 people found this review helpful
Other reviews by this user
1
Jun 22, 2018
10 of 10 episodes seen
Completed 1
Overall 9.0
Story 9.0
Acting/Cast 9.0
Music 9.0
Rewatch Value 9.0
I've probably watched around 5 dramas this Spring Season and, no doubt, this was the best. Anyone could watch it, and I bet anyone will have fun in at least half of all episodes. At least, I had fun with all of them, but even more with the last half. This is about a trio of conmen (well, 2 men and 1 woman). I am not really a fan of Nagasawa Masami, but I think this kind of role fits her perfectly. And she had fun doing it, in my eyes, so that is always a plus for me. Then there is Boku-chan, the kind-hearted and most naive young man, interpreted by Higashide Masahiro. I've seen him in VS Arashi and I think he may be a bit of Boku-chan in real life, so he was perfect. Always falling for the person in need, and almost always playing unwillingly Dako's games. Last is Richard, the veteran, played by Kohinata Fumiyo. He is always good, in whatever role he plays, since he is always so calm.

It is an episodic drama, and almost all episodes were unpredictable. Like 90% of them. The last one was amazing. There is nothing Dako can't prevent nor can't do. These trio of con may make a lot of money, but to make money, they also spend tons. So most of the times it was very over-the-top, but that is why this drama was so much fun to watch. It was a witty drama, with lots of sense of humor.

I know it is almost impossible, but I wish this one has a 2nd Season. Or at least a movie. I feel like I didn't have enough time with Dako's, Boku's and Richard's adventures. 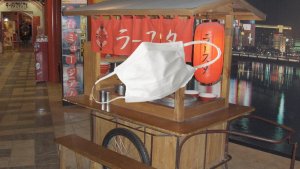 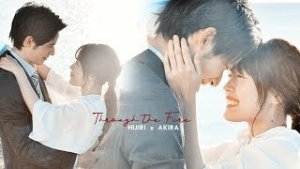