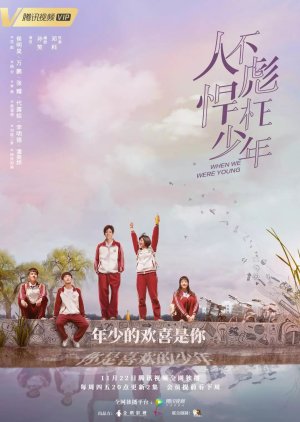 A nostalgic story that revolves around high school students during the year 1996. While chasing down a bike thief during the summer, Yang Xi gets injured by a lab explosion that renders her unable to compete in a long-distance run. When school opens, she realizes that the culprit behind her misfortune has transferred to her class and has even taken her position as class president. He is Hua Biao, a hot-blooded, rash and gifted genius of the science department. Hua Biao's arrival immediately puts his classmates on guard and he must prove himself to be accepted by the class. Later on, they go through lots of ups and downs in life. (Source Chinesedrama.info) Edit Translation 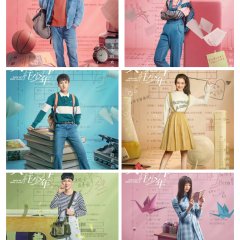 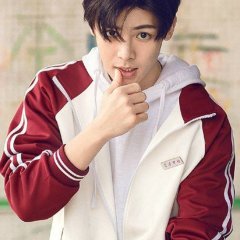 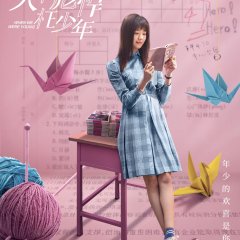 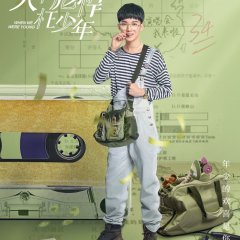 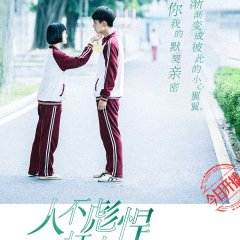 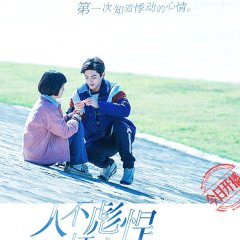 Completed
Hyukfied
32 people found this review helpful
Other reviews by this user
1
Dec 21, 2018
24 of 24 episodes seen
Completed 1
Overall 9.5
Story 10
Acting/Cast 9.0
Music 9.0
Rewatch Value 10
This drama was soo gooooood!!!! I really recommend to new c-drama fans!! It's definitely one of my top favorite dramas of 2018! It has similarities with "Itazura na Kiss" series and their remakes as well as "A Love So Beautiful"

Yangxi, main female character, is actually quite smart when she puts her mind to it. Although she seems to not have enough confidence or believe in herself, she is still able to do it with motivation from those around her. She is typically very positive and energetic. The usual happy-go-lucky female lead. I really like her personality. She initially wanted to depend on cross country running to help with her exam points but that changed so the drama focused on her in class with her friends - studying, reading, etc. She is obsessed with wuxia romance novels and dramas its her way of de-stressing or happiness. Its also a distraction so she gets in trouble for it. Don't worry though because her tutor is quite strict yet charming.
New transfer and intelligent student, Hua Biao, is usually her tutor and very strict. Its adorable watching those two together! They have such great chemistry; I just couldn't stop smiling when they stare at each other, care about each other or have subtle movements with one another. Hua Biao tends to do things on his own or prefers to not bother anyone until his friends figure it out. However, Hua Biao is also friendly with others like Yangxi so he's quite loved by his peers. His personality is typically very nonchalant but in reality he has his troubles. I was very heartbroken for him in episode 23. I felt his pain, Hou Ming Hao (actor) did a great job portraying the character.
Liyu is Yangxi's neighbor and childhood friend, he is also smart and cares deeply for Yangxi. He tends to do things for Yangxi because he likes her, however, Yangxi is quite clueless and thinks its just part of his personality. He is able to do a lot of things on his own and he cooks very well according to Yangxi. He is usually alone, like Hua Biao who only has his grandma. Liyu only has his dad while his mother is living in another country. He is a mama's boy and wishes to see her and be with her. There was one time when he was upset with her, and that's the episode I disliked the most because he was very stubborn. Other than that, I do like his relationship with Yangxi, its very precious!
The drama focuses on other supporting characters' stories as well and it's not boring at all! I can resonate with a few of them. You may end up being heartbroken, or sad but not mad or anything. Although there are some parents I wanted to slap because they were quite selfish. At the end of the day, this drama has almost every issue families deal with in reality.

I love the editing of the drama especially when someone does something for another without their knowledge, it transitions back to show us how that person did it. The last episode was one of my favorite edits because it shows when Hua Biao took notice of Yangxi, quite earlier than we thought haha.

The ending wasn't exactly how I wanted to happen but I'm satisfied. Its not a bad ending. It was, in a way, sad but I'm happy that everyone were able to do something they dreamed of or hope to do. I wish for a season 2 of the same cast but I doubt it will happen. :( IT NEEDS A SEASON 2!!!

Overall this drama was very sweet, cute, refreshing and a must watch! It deals with typical school stress, teenage crush/romance, dementia awareness, depression, families issues such as divorced parents, expectations from parents, job lost, etc. I could re-watch it all over again! I kept re-watching the episodes as I waited for new episodes to come out each week, it is very good!

Completed
Sarah951
16 people found this review helpful
Other reviews by this user
0
Jan 2, 2019
24 of 24 episodes seen
Completed 0
Overall 10
Story 10
Acting/Cast 10
Music 9.0
Rewatch Value 10
I finished watching this a few hours ago and I am suffering from withdrawal symptoms because this drama was just THAT great. I binge watched this in a couple of days since it's the holidays so I was basically living in their world for the last few days and I LOVED IT.

Youth, friendship, family, love, and school. This drama was so heartwarming, light and realistic. It perfectly depicts the beauty, the joy, the sadness and the stress of being a teenager.

I loved how all themes were developed equally, there wasn't too much of anything, everything was perfectly dosed. Everything took its time to develop which make this drama more realistic. You will find yourself rolling with laughter at the friendship the characters had, smiling at the small selfless acts of kindness towards each other, getting angry at the trouble they had to go through, sympathize with them, and having your heart skip a bit at the sweet moments. A lot of the things these characters experienced, we have also experienced during those years of our life. With all this, I can assure you that this drama is so light that will make your heart warm and leave you clicking on the next episode with a huge smile on your face.

The acting was great! these young actors did a great job at depicting all emotions a teenager goes through, from falling in love to having worries about family issues. The chemistry between the main characters was impeccable. I always try hard to stop myself from having a second lead syndrome because I know that I will be the only one getting hurt in the end. "When we were young" did not even let me have a second lead syndrome because Hua Biao's character is so great that it's impossible not to ship him with Yang Xi. On that note, I must admit that Hua Biao is such an inspiring character. Usually, someone like him in dramas would be a cold-hearted asshole but Hua Bio was PERFECT! Yes! he is the embodiment of perfection. From his beautiful smile to his caring attitude, his intelligence and bubbly personality, he is perfect. I LOVED how hard working and independent he is, how he always tried to solve misunderstandings as soon as they arise and how selfless he is. His character is inspiring and I think I personally should learn more to be like him.

I LOVED the 1990s vibe, very similar to the REPLY series and A LOVE SO BEAUTIFUL. Just like there is some drama set in different eras of history, I hope setting dramas and movies in the 1980s and 1990s will become a thing. I am in love with the aesthetic and the whole vibe just bring about a lot of nostalgia.

AWESOME Chinese drama overall. If you know anything similar to this please hit me up :) 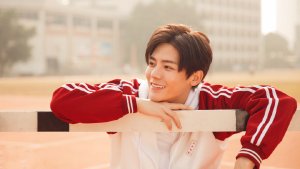 The Life of a Binge-Watcher