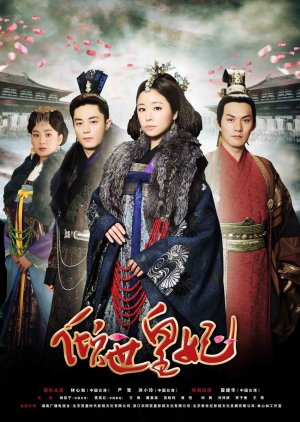 my historical dramas what i like :-P
68 titles 3 loves

Introduction of the Princess (2011)

Completed
steph_ravita
12 people found this review helpful
Other reviews by this user
0
Jul 11, 2014
44 of 44 episodes seen
Completed 0
Overall 8.0
Story 8.0
Acting/Cast 7.5
Music 7.5
Rewatch Value 4.5
It usually doesn't take me very long to get tired of a drama but I've had better luck sticking with Chinese historicals than most other genres. I was a bit skeptical about starting this drama and the first time I did try it, I lost interest within the first 15 minutes. However, I powered through and at the end of this very long drama journey, I think it was worth sticking with it.

Story - 8.0/10
The story in this was actually quite good, very entertaining but at times a bit unrealistic and far-fetched. It did keep me hooked right to the end. Down to the last minutes of the drama, I was wondering how on earth the conflict would resolve itself. The weakest parts for me were the final episodes since I almost didn't bother with finishing it and the ending felt weak. However, the majority of the storyline was highly entertaining so I'd give it a higher rating.

Acting/Cast - 7.5/10
I've never seen any of these actors before so I thought they were all good. The actors accomplished the characters' motives well - the villains most notably. When they were evil, boy they were evil. Unfortunately, the characters themselves didn't work for me. I can't think of one character I liked in this drama, which is unusual for me. But still, the actors played their parts well and there are some whose works I'll definitely follow up on.

Music - 7.5/10
I'm an OST kind of girl but sadly I couldn't find one song from this that I liked that much. The music was appropriate most times, just nothing memorable for me.

Rewatch Value - 4.5/10
At the end of the day, this drama feels too long for me to rewatch it. Give me a year or two and maybe then, but not the whole thing. There was just so much in this that I feel exhausted thinking about it.

OVERALL - 8.0/10
Definitely a good drama. Not great or magnificent but one worth watching. Just don't try to marathon it - you'll get exhausted quickly (because I know I did - I had to take several breaks in between!)

many people wrote the reviews already i am just adding some facts about this series :
1. this is Ruby Lin's first series as a producer. She is an investor as well and asking many other party to join the production including HunanTV which already bought this series before it filming (also as one of the inverstors)

2. Ruby is the one who keep asking Wallace Huo to acts in this series, she said she need asking 3 times to him till he accept it (according to Wallace in his interview he said that he only had 1 month to finish this series since he using his holiday time to accept ruby invitation). Ruby is keep say Wallace Huo is the one who fit in this character (although many other actors already in her waitlist to replace Wallace, but she keep asking to Wallace Huo until he accept it).

3. Liu Kuan is the first actor confirmed as man lead months before filming starts, he knows ruby from the other series which cooperate together.

4. HunanTv is the one who need to be blame of the ending parts. It keep changing the time schedule to this series. N suddenly HunanTV announce that this series airing right after Bu Bu Jing Xin (due to high rating of BBJX Hunantv take the chance to make this series had a good rating too). but the editing team dont have time to edit right away, with the 3 eps each day mon-fri, no time to do a good cutting for the last episodes.. thats why if u watch seriously, u will feel the different plot from the beginning and the ending, at beginning it quite slow introducing one and one characters, at the end kinda rushing to finish). PLUS, HunanTV also change the total episode (it just rumour that HunanTV is the one cutting those ending episodes from 48 to 42 ep so the original one is 48 episodes >.<)

5. this series makes Ruby Lin as Best Producer in TV Drama Award in China in that year.

6. Ruby was hurt by Wallace Huo's furry cloths, her eyes were allergic to furry so during filming she was go to doctor for few days to check her eyes.

7. this series is made from a high recommend online novel. about one woman who loved by 3 Kings but she can't be the Queen forever.

I know this series isnt perfect but i do know my idol, she doing her best to this series. i dont satisfied too much to this series, but i can understand why.
Many of actors(actress) who come this series because of her. Like Wang LIn (who played as Ruby Mom in other series) said she thanks to Ruby who give her a chance to play her character so she can change her image and do have change to act with Kara Hui (both are well known actress)

Completed
rachso
3 people found this review helpful
Other reviews by this user
0
Mar 25, 2014
44 of 44 episodes seen
Completed 0
Overall 9.0
Story 9.0
Acting/Cast 10
Music 10
Rewatch Value 10
This review may contain spoilers
This drama has brought back the hope I lost after watch lu zheng seriously why do you love that drama. Anyway this one had politics,scheming,love and most importantly a dark but sweat prince. It was well planned,the shemes fell right into place. The palace was like a battlefield. The empress was too scary that, spoiler alert the emperor brought another concubine just to deal with the empress and fight with her. This was one of the most disfunctional families in that the emperor is was ashamed to grab his sons woman. Things just kept on exploding. If you watch revenge. It was like having two Victorias in this drama. Lol I loved it and it was almost superb

Completed
moondust
1 people found this review helpful
Other reviews by this user
0
Dec 1, 2015
44 of 44 episodes seen
Completed 0
Overall 8.5
Story 9.0
Acting/Cast 8.5
Music 7.0
Rewatch Value 8.5
I still haven't figured out why this drama holds such a special place in my heart, but it really does. Even after rewatching it multiple times and seeing the flaws ever more clearly each time, I still love it.

I simply love the story and find it fascinating enough to be rewatched again and again. While the story is not without its plotholes (more so due to drama not explaining some of the characters' backstory when necessary therefore confusing at some parts) the actors in their respective roles are getting it done, and general chemistry of the cast gels everything together. Every relationship I can think of that actually mattered in this series had good development backed up by good chemistry ...whether it is as lovers or unrequited love, to twisted familial relations between mother-son, husband-wife, siblings etc. One of the strengths of the drama lie in the deep portrayal of the different dimensions of the characters, illustrating who they actually are and what they mean to one another in an unspoken/mutual way at the end of the day before all that royal status.

The acting in this one is really good with the best performances coming from the older royal generation (both the male leads' mothers) and the male leads themselves - Wallace and Yan Kuan as the respective kings of rival states. Both are impressionable and very well-casted for their characters, that I cannot imagine anyone else portraying these characters. Wallace as Liu Liancheng will make your heart as torn and perplexed as the character himself. To date this is still my favorite Wallace Huo performance and role even though the amount of time he gets is little compared to his other works. As for Yan Kuan I've decided he is not a man of our time, capturing the quintessential ancient male hero all too well in every possible way.


The drama is one big show of eye candy - be it the gorgeous palace sets and costumes of the different kingdoms and particularly the very attractive and talented male cast. If there is anything Ruby Lin is doing right in her first producer stint, it is her eye for casting .

Completed
H1kikomori
1 people found this review helpful
Other reviews by this user
0
Jun 30, 2015
44 of 44 episodes seen
Completed 0
Overall 8.5
Story 8.5
Acting/Cast 9.0
Music 8.0
Rewatch Value 7.0
This review may contain spoilers
STORYLINE: 7.5/10 - CHARACTERS: 8/10
I would have given this drama a higher rating if it weren’t so long.
Poor Ma Fuya constantly manages to find herself in some sort of struggle. The lengths jealous characters try to keep Ma Fuya from gaining power or provide the twists and backstabbing that make this drama worth watching. Despite all, Ma Fuya I bet is comforted by the thought of knowing that she goes through life and even manages to convoy the love/ affection from three future rulers. Introduction of the Princess is a drama that follows the path Ma Fuya finds herself when she seeks to avenge her supposed fallen family. As I watched the last few episodes, I caught myself recalling the innocence and lively persona start this drama gave off. Twists, deaths, betrayal and frowned upon love made the finale that more saddening right until the end. The reintroduction of Ma Fuya’s *cough cough* because they return came with enough darkness to pump up the drama that was starting to drag. They provide the fiery edge of your sit feeling right until the end.

The usage of new characters or giving supporting characters more input of the flow of the drama provides ever addictive twist to the storyline which in turn makes you carry on watching more episodes due to the suspense of the path the drama is taking.

ACTING: 9/10
The main actors and actress Ma Fuya, her love interests, mother-in-law and competition portray their character’s emotions believably. I will be checking out Lin Ruby, Mao Zi Jun, Yang Tony and Huo Wallace’s other productions for they stood out the most for me.

MUSIC: 8/10
The songs used fit within the atmosphere of the drama both instrumentally and lyrically.


LIKED: the wine offering scene (episode 37) was the best from the drama. This is because we are able to see into most of the character’s hearts and motives for the throne and Ma Fuya. Each actors’ captivating actions are so relatable for their character that I could not stop smiling despite the evilness of the scene. AMAZING
DISLIKED: As much I was entertained for most of this drama, 44 episodes still felt longwinded especially after the guy I was rotting for died. SPOILER: Furthermore, the whole killing off literally EVERY character left me feeling as if I should not have wasted all that time.

Completed
BeKaiLLe
1 people found this review helpful
Other reviews by this user
0
May 4, 2015
44 of 44 episodes seen
Completed 0
Overall 5.5
Story 6.5
Acting/Cast 8.5
Music 3.0
Rewatch Value 1.0
Now. This Game of Thrones and Troy all made in one.
She is their Helen and its a true battle of thrones.
Drags a lot. If you want some action battle between the concubines then this is it.
Other wise, for me. It was a long, dragged, drama that i ended up asking myself why the hell i watched it. I am not satisfied and yet i am.
Was this review helpful to you?