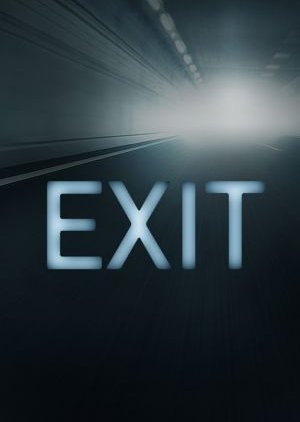 Kang Soo is a loan shark that tries to get by day to day in his depressing reality. His father's abuse lead to his mother running away from home. Thanks to his father's crippling debt, he began to work under Hwang Tae Bok. Happiness wasn't something that was allowed to him. His only dream is to find his mother and live a happy life. However, this is impossible in his life. No matter how hard he tries, he can't escape the nightmare of his reality, and when he was about to give up on his life, he sees a flier asking, "Do you want to become happy?" With the smallest inkling of hope, he goes to the research center, so he can experience a bit of happiness. However, he learns that happiness comes at a steep price of 300,000 dollars. He decides to steal the money from Tae Bok. Will he be able to achieve happiness? Edit Translation

Where to Watch EXIT 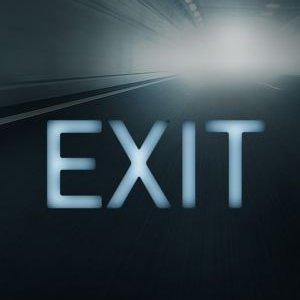 Completed
Brownie
4 people found this review helpful
Other reviews by this user
0
May 3, 2018
4 of 4 episodes seen
Completed 0
Overall 8.0
Story 7.0
Acting/Cast 8.5
Music 7.0
Rewatch Value 1.0
I decided to watch this after seeing the trailer had Choi Tae Joon in it.

To be honest, whilst the storyline was different for me I did feel a little out of my comfort zone as I mostly watch romcoms. This drama special was pretty much depressing from start to finish - at least for me. There was money problems, family problems, health problems and trying to find happiness in one's life. Some parts of it did leave me confused but I just went with it and eventually as the episodes went by I did start to understand a bit more about what was happening. Whilst I did find it quite sad, I do wish it was slightly longer

I felt Tae Joon was great in his role especially in the emotional scenes with the gentleman who played his father. I hope he gets first lead in a full drama sometime in the not so distant future because I think he is very capable.

The drama was only 2 hours so it doesn't take too much of your time but it was very interesting to watch.. Unfortunately for me I will never rewatch this because it was far too depressing even though I understand why.

There was no OST, just background stuff.

I recommend this to viewers who love the gangster, the struggles of wanting to better oneself and the struggle of family life because I know there are lots of people who are into this type of storylines :D

Completed
aimsat
0 people found this review helpful
Other reviews by this user
0
May 2, 2018
4 of 4 episodes seen
Completed 0
Overall 8.0
Story 8.5
Acting/Cast 8.5
Music 8.5
Rewatch Value 8.0
Working for loan sharks, taking care of a sick, old and weak father who was once an abusive one, searching for eloped mother who was missing for 30 years and constant fight with destitution made Kang Soo exhausted and searched for little peace and happiness. Nothing was going right for him when he accidentally stumbled upon an advertisement of a research centre guaranteeing to provide happiness if given certain amount of money to them. In deliriousness he gave up and went to that centre but ultimately did not sign the contract paper. No matter how hard he was trying, his ill-fate did not take any name to go away from his side.

One day following a tragic event he ended up being the subject of the “happiness” experiment of that research centre. Gradually he felt exuberance with his life where everything was picture perfect. There was no sorrow, no remorse, no regret and no despondency. He was living a perfect life with his parents and girlfriend. Eventually by some small incidents he started to realize he needs to exit from his so called reality.

It is a small drama depicted bit differently with a typical theme. We all seek happiness and we constantly wants to be happy which is actually impossible. Living and life as a whole is challenging. Being happy doesn’t necessarily mean living in a perfect world without agony and pain. Being content with whatever little, one has is all what matters at the end of the day. It takes effort to achieve something which ultimately brings happiness. Happiness is always lurking on our way, we just need little patience and hard work to achieve such pursuit.

Exit is an interesting drama with an old concept depicted in a new way. Entire two hours were engrossing for me and I thoroughly enjoyed it.

Choi Tae Joon was natural, strong and intense in playing his role and the rest of the casts also did pretty good job.

Background score is quite good thought it has no OSTs.

Two hours is not much. If you want to pass some time and don't want to watch anything lengthy just give this drama a shot.

New Topic
Be the first to create a discussion for EXIT 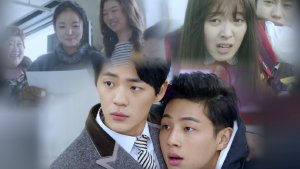