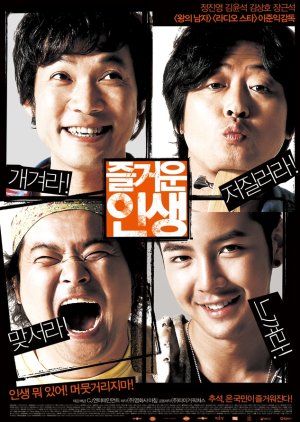 Ki Young is an unemployed lay-about who, after attending a school chum's funeral, persuades two other friends to restart their old college band. The hardworking Sung Wook and the lonely Hyuk Soo reluctantly agree when they come to the realization that two jobs and solitary nights can't be all there is to life. They recruit young Hyun Joon to take over as frontman. It just so happens Hyun Joon's dead father was the fourth band member. Edit Translation 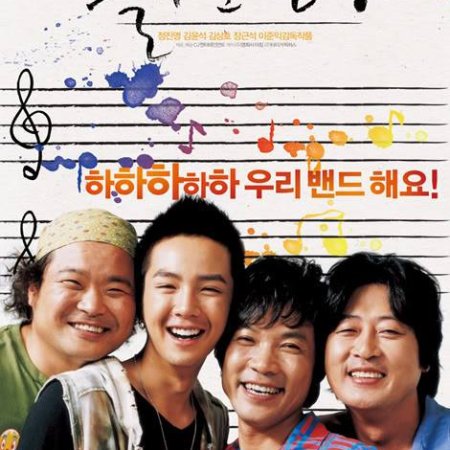 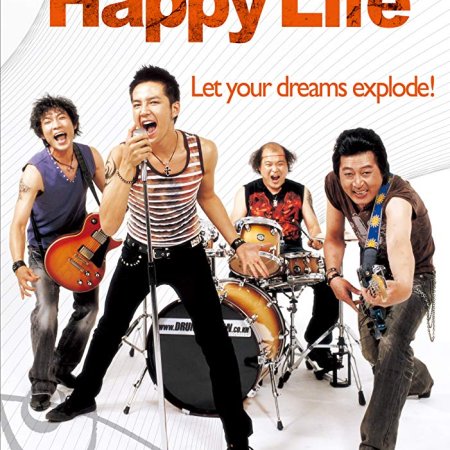 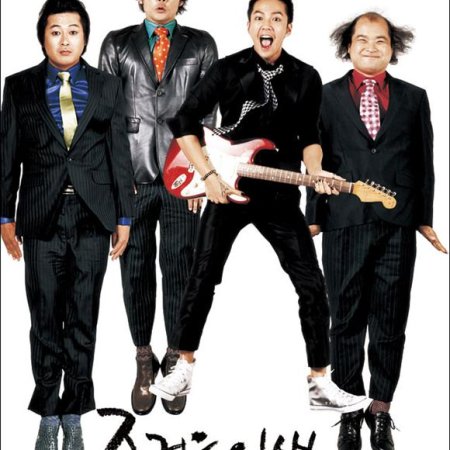 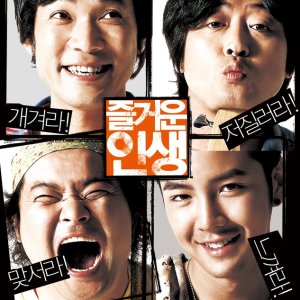 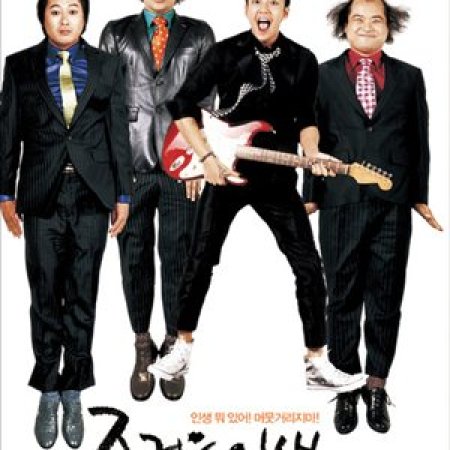 Completed
tiitek
9 people found this review helpful
Other reviews by this user
0
May 27, 2012
Completed 0
Overall 7.0
Story 7.0
Acting/Cast 8.0
Music 10
Rewatch Value 6.0
Lets be honest I watched this movie just because of Jang Geun Seok. I was really surprised when Jang sang in this movie - he has really manly voice! Amazing! Don't get me wrong I liked his sweet, cute voice in You're beautiful or Mary stayed out all night - but in Happy life he is just soooo hot when he sings. For me one's of his best performance on stage. Ok I'm not supposed to write only about him :P
This movie is about friendship that can be restored through passion to music. Music can bring back confidence, change your life and help you stand against whole world. Story was good, not amazing but decent enough to watch it till the end. I was truly impressed that all cast was musically talented all felt really honest. I enjoyed watching another role of Kim Sang Ho - he is such adorable Ahjeosshi :D I like his acting so much after watching City Hunter.
All Jang fans - must watch!

Completed
ShreeyaSharma
3 people found this review helpful
Other reviews by this user
0
Jul 8, 2014
Completed 0
Overall 10
Story 10
Acting/Cast 10
Music 10
Rewatch Value 10
It's been so long since I've watched a movie like this. I almost want to buy it! Now that's a sentiment I don't come across often. I cannot exactly explain what it was that really made me love this movie, but I'll try my best to lay out the reasons that come to my mind.

The story was pure magic. I loved every bit, every aspect of it. It was realistic, it had depth, it had emotions, it had a refreshing quality, and what more - it made sense! The characters were so real to life and lovable that it was hard not to root for them and hope they'd be happy in whatever they did. On the surface the band seems like such a misfit it's hilarious. A used-car seller, a delivery-guy-by-day-designated-driver-by-night dad who's living a shell of a life, an unemployed immature naive man who's barely getting by with his wife's money and a rebellious aloof son of a late-singer who was a friend of these other men. What do they have in common? A sense of loyalty towards each other and love for music. That's a stronger bond than any other if you ask me. We get to see how these men who've pretty much bummed out on every other area in their life raise their heads up and the rock the hell out of life with help from each other.

I would have clapped and bowed to the four lead actors if I could (done more than just clapping and bowing down to Jang Geun Suk but that's besides the point). They brought each character to life. It was as if the roles were written for them! Brilliant acting, I was really captivated. Jeong Jin Yeong as I'm discovering is a really versatile actor, he can pretty much do anything I guess! Kim Sang Ho was great and entertaining, did a really good job. Jang Geun Suk, ah, what do I say, I fall short of words now when it comes to praising him, I've pretty much said everything. But I should mention that this guy gave an absolutely wonderful performance in the movie. You only see him as the rebel rocker he is supposed to be, gone are the soft idol like traits. When you see these guys performing on stage or even just practicing, it is a rock band you see and not actors playing roles.

Music was AMAZING. The songs had a special unique quality that I've yet to come across in any other OST. Jang Geun Suk has sung the songs in a deep throaty voice to give it the rock feel and my my wasn't I a mushy puddle whenever he sang. The music is absolutely fantastic. The song Explosion is especially catchy.

Without a doubt a movie I'd watch again and even make my friends watch. It was endearing in every way possible, it's impossible not to love it. I would recommend this movie to everyone who wants to watch a lighter comedy that stays with you in your heart for a long time. It shows what friendship can get you through when you really need a support in life. It makes you love and cherish all the moments you get to spend with your friends while doing things you love. Makes you want to get as much out of life as possible before life throws all the megabombs at you. It teaches you that you should sty young at heart no matter what. Definitely good enough reasons to give the movie a watch! This is a first entry in my list that I've given straight 10s in all the fields, you might call me crazy but yes, I loved it that much.

Boy, even writing all this is making me want to watch it again right away :D 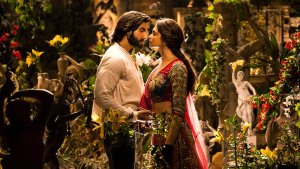 From Seoul to Bollywood: Introduction, Remakes and More 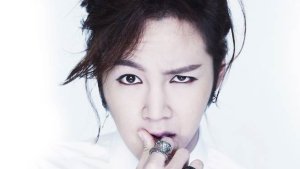