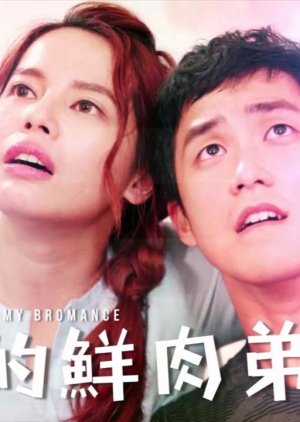 A young woman's life suddenly becomes extremely troublesome: she gets fired by her evil boss, her roommate is an care-free (but smart) internet personality, her brother crashes at her place after being dumped by his boyfriend and to top it all off, her mother announces she's getting a divorce and moves in with all of them. The hot guy who keeps buying her coffee at the coffee shop is suddenly the least of her worries. Still, even more trouble starts brewing on the horizon when her roommate's best friend comes by. It turns out he's hopelessly in love with her brother. Edit Translation 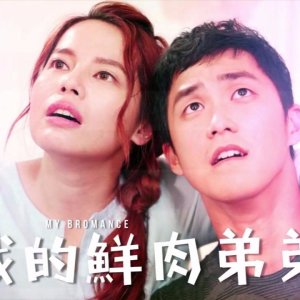 STORY:
Nothing intricate or complicated here, but that's not a bad thing! Descriptive words that come to mind are lighthearted, fun, silly, and over the top. I laughed several times while watching this series, and it put me in a good mood. That plus the fact that the episodes are so short (around 7-10 minutes) makes this a great series for lazy afternoons or when you need some filler in between dramas. The production value and filmography impressed me as well! Not sure what the budget was, but even if it was small you wouldn't be able to tell from watching.

A note for anyone curious about the BL: It's there, but it makes up a relatively small portion of the show, which focuses more on the relationships between the mother and her children. It's still a fun and entertaining series to watch, though, but don't go in expecting this to be primarily a BL story (but what we did get was really cute!).

ACTING/CAST:
Loved all of them and they all did a really great job. Like the story, they were silly and over the top, not taking themselves too seriously, but they have some sweeter, more serious moments as well (without being too heavy). I thought the ladies were a tad stronger (and I freaking love Erica!); the guys were good, but I did notice that some of their delivery was a tiny bit stiff (like they were just saying the lines and going through the motions but not really acting).

MUSIC:
No complaints here. I liked the opening theme and thought it set the mood for the show nicely.

OVERALL:
If you're interested, go for it! This was a nice little break and I thought the producers and actors did a really good job with this web series. I would love for them to make a follow-up season so we can see more of the relationships that developed near the end.