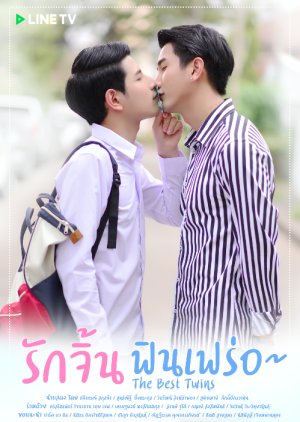 The story of twin brothers, Per, the straight and Pond, the gay. Pond is in an ambiguous relationship with their neighbor Tee. The family life is shaken by the twins older sister Pad, she is against her brother Pond being gay. When Pond's ex-boyfriend Ball returns, things start going even more chaotic. Edit Translation 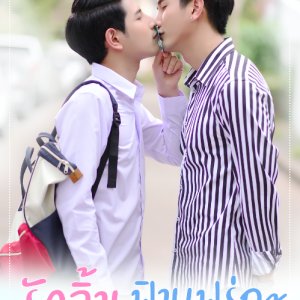 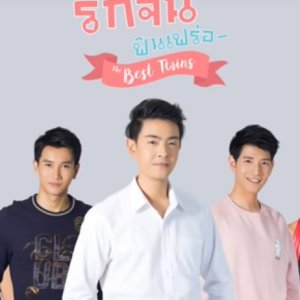 A Bit of A Mess

STORY:
If you’re looking for a series with an intricate, thoughtful, developed plot line, then you might want to skip this as I don’t think it’ll be your cup of tea. However, if you don’t mind a bit of nonsense, silliness, and fluffiness, then I think you’ll find The Best Twins enjoyable. I’m on the fence about this one, finding it funny and endearing at times but frustratingly stupid at other times. Some would argue that the point of the show is that it makes fun of stereotypes, fantasies, and fetishes, and that the writers don’t intend that this be some deep masterpiece. I totally get that. It’s pretty obvious from the first episode that the writers aren’t taking themselves or this show too seriously. But it doesn’t change the fact that the series is poorly written and virtually lacking in plot. There’s a way to provide smart, satirical commentary, but The Best Twins does not do that.

More specifics: First, the writing could have been tighter. A lot of the scenes contained nonsense that dragged on without really advancing the story, as if the writers wanted to include silliness just for the sake of being silly (which I found tiring). Second, lot of the humor is very obvious and slapstick, and I prefer more subtle, clever humor. Finally, I found the endless playing of sound effects whenever something was funny a bit grating. However, I know that all of these are techniques often used in comedies (which aren’t my favorite genre to begin with), so these may not be as huge of an issue to you as they are to me—I do think it’ll come down to preference.

Humor aside, I also didn't like that so many side characters were introduced, but for what purpose? They were given virtually no story arc at all—and anything that was there was incredibly shallow. Moreover, some storylines seemed to be dropped after just a few episodes. As a huge a huge fan and proponent of Chekhov’s Gun, I found these things frustrating and a waste of time and material.

ACTORS/CHARACTERS:
The actors were kind of hit or miss. The ones who really saved this drama for me—and the ONLY reason I continued watching—were Mild and Pak (acting as Pond). I’d only every seen Mild in What the Duck, where he played an adorably awkward minor role, so I wasn’t too sure what to expect from him going into this. I fell in love with him almost immediately. His character is so sweet and endearing, so easy to empathize with him as he yearned for Pond. Also, the chemistry between him and Pak was so good—they made my heart melt in every little scene together. They get a 100 out of 10 from me. Seriously, their dynamic is one of the best I’ve seen in Thai BL, and I’ve definitely found a new ship.

As for the other characters—shallow, two-dimensional, stock like. Their roles and story lines weren’t given enough time to develop, so I didn’t really care about them at all. They were just there for filler I guess.

OVERALL:
I know this will come down to personal preference, but overall I don’t think I’d recommend The Best Twins. Without a doubt Mild and Pak (and their amazing chemistry) were the ONLY saving grace for me; without them, I probably would have dropped this drama. There were parts that made ma laugh and parts that made me go “aww” but I just don’t think it can hold a candle next to some other Thai BLs out there (and yes, this is taking into consideration the fact that it’s a comedy).

Ongoing 6/8
Marina
14 people found this review helpful
Other reviews by this user
0
May 5, 2019
6 of 8 episodes seen
Ongoing 0
Overall 8.5
Story 5.0
Acting/Cast 9.0
Music 8.5
Rewatch Value 9.0
This review may contain spoilers
i feel like some people that talk about the ‘lack of plot’ in this series are really missing the point and not appreciating this very left-of-centre humour! The series def started out as complete fluff and obvious humour, but esp in the first four episodes when we are constantly tricked with the flashbacks, there is a definite joke between the director and audience and i absolutely love it :) It definitely seems to set out to play on yaoi girl/gay fantasies about what we want to see, and then having a bit of fun with our expectations. Esp in eps 5 and 6 they also make fun of cultural differences and stereotypes several times in an unoffensive but humorous way. I like that this series has a very different feel to other bl dramas- this is the same reason that i loved What The Duck. I hope more ppl can appreciate this series moving forward, and accept that the charm of the show does not lie entirely with having a strong plot. 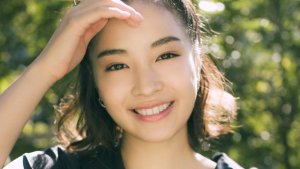