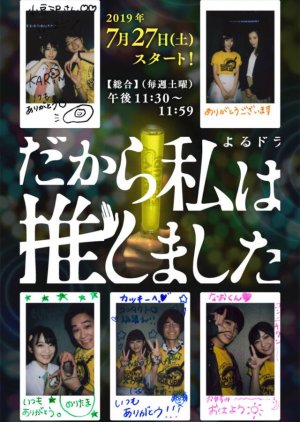 Endo Ai is an office lady and she is about to turn 30-years-old. She has enjoyed posting about herself on social media, but she has grown tired of that. One day, she happens to see underground idol Kurimoto Hana perform live. Ai is touched by her, who is not good at performing, but eager at what she is doing. (Source: AsianWiki) Edit Translation 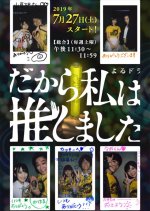 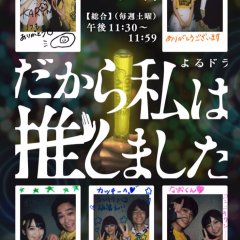 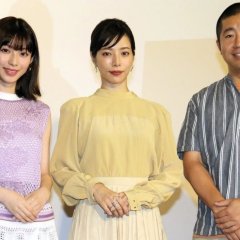 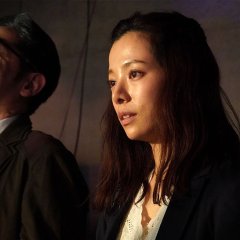 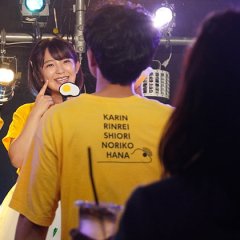 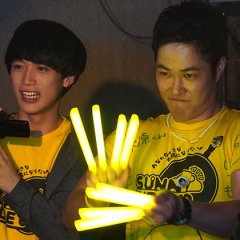 Most people know Japanese dramas for being formulaic, repetitive, full of tropes etc. and that is because of the vast amount of high school and job oriented shows they release each season. Little did they know there is one aspect Japan excels a lot, and that is when their creativity takes over and start to think outside the box. They are by far the most innovative when it comes to script and ideas. This risk would sometimes result in some pretentious crap, but when struck gold, it would be a masterpiece that would stand the test of time. Masterpieces that makeup Japan's rich film history, but it's not only in movies as it happens in their dramas as well.

"Dakara Watashi wa Oshimashita" is the modern example of that. A story with a moving theme portrayed in an unusual setting. An underground idol who is desperate to improve and an office lady who seeks likes from her social media friends. Both are looking for that elusive attention, or should I say connection. The human connection theme is well portrayed and explored. It's not just a simple handshake, but a sincere thought of support to someone. Different people have different reasons for being a fan. To some, it's physical attraction, but for Endo Ai meeting Hana is the most significant turning point in her life.

The plot is timely and original. In today's world where the number of idol fans is on its peak, I think it's safe to say that this story will hit home on so many levels. The drama is well layered and also very raw. They show you all the good and the bad things about idol culture, from fun chants, idol festivals to unfair wage practices in idol industry. I also love how they didn't stereotype idol otakus. They portray them as ordinary people with regular jobs. It's too detailed and well researched with so many references about idol culture. It's been years since that anime movie "Perfect Blue" which many considered as a masterpiece for its time but mostly known for giving negative connotation towards idol otakus or idol culture in general. Now that 22 years later, Yoshiko Morisita counters that with her own masterpiece of a drama. For me "Dakara Watashi wa Oshimashita" is Japan's answer to Satoshi Kon's "Perfect Blue".

Before I thought all idol groups are the same, but watching this drama, I realized underground idol groups are a bit different. The drama did a great job in showing the appeal of these type of idol groups. You are not just an average fan who fangirl/fanboy in front of tv. You also go to their events and interact with them. It feels you are grooming them to get better like you are also part of the process. Unlike other idol groups who have years of training to master their craft, their fans only appreciate the final product.

Though the writing in this drama is its strongest asset, it's those damn visual what takes it on another level. The cinematography is perfect. It's very poetic. I love the use of colors, especially whenever neon lights are present. I dare to say this is what they called cinematic storytelling, which you can't separate visual style to visual language. Sound design is also excellent, and with the help of brilliant editing makes such scenes very compelling. Not just powerful scenes, but it also has a fair share of scenes that will deliver goosebumps. Music used during those scenes fits perfectly. It underlines the mood and evokes characters emotion.

Speaking of characters, even if the drama achieved excellence in writing, cinematography, and music, the drama would have failed without good actors aboard. The good thing is this drama has good and capable actors. Sakurai Yuki and Shiraishi Sei's acting is on point, and should I say they have cute chemistry as well? That chemistry is a huge reason why these characters are well portrayed.

A fresh concept, brilliant writing, strong theme with excellent execution, this drama have it all. Its a toss-up between "Saka no Tochu no Ie" and this drama for my best Japanese drama this year.

https://www.youtube.com/watch?v=o-8Pt2B66RE
It's recommended to watch this MV after you see the drama. It has additional scenes that makes the ending more beautiful.

One thing that I really loved was the camera work. They made it look like it was filmed with a phone or an old camera, like a documentary which resulted to a more realistic twist to the whole drama. Also, the way that they presented the story was pretty good and clever. However, the editing was kind of off and sometimes the story got confusing.

The story, moreover, was unique and entertaining. They kept it real and didn't add any romance or unnecessary twist to it. It was humane and deep, as it showed how the characters influenced one another.

So, overall, eight out of ten.