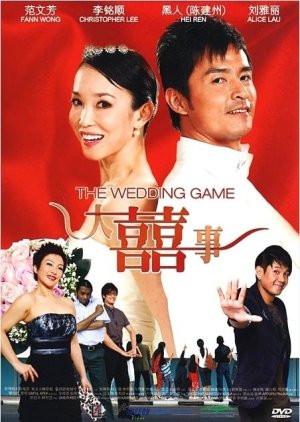 Jack Fang (Christopher Lee) publicly proposes to Vikki Tse (Fann Wong) during the live telecast of a regional awards show. Surprised but happy, Vikki accepts. What the public doesn't know is that the entire love affair of these two famous celebrities, Jack and Vikki, is an elaborate and meticulously planned ruse designed by their ambitious managers May (Alice Lau) and Tom (Charles Chan) to trick the public into believing that they are getting married. In reality, Jack has disliked Vikki from the first day they met and vice versa. Yet for fame and money from endorsements, these rival celebrities keep up with their “fake” marriage to up their popularity. Just when everything is going so well, an incident has rattled some of the fans and the media. There is doubt now lingering about the authenticity of this love match. ~Wikipedia Edit Translation 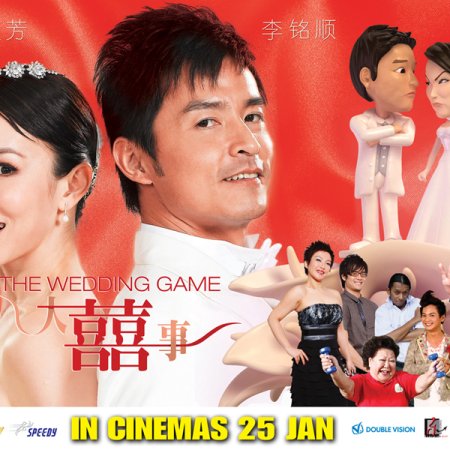 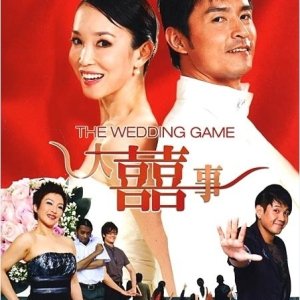 Completed
shambles
2 people found this review helpful
Other reviews by this user
0
Jan 20, 2014
Completed 0
Overall 7.0
Story 7.0
Acting/Cast 7.0
Music 7.0
Rewatch Value 7.0
I really enjoyed watching this movie. It is really funny in some bits of the film. The story was good. I wouldn't give it a 10 out of 10, I gave it a 7, it was good. There are some bits which were a little confusing. But I think the story was well written. Some bits were not really that relevant and there were bits that seemed were missing to me.
The casting was good.
I guess overall the movie was good. Do watch it. There are very funny bits, and some bits where you feel 'what on earth!' But it is worth watching.
Was this review helpful to you?

Rewatch: I have to rewatch it. I rarely rewatch movies...but I'll do it in this case. Main reason I don't rewatch because once is good enough. It's not a fave like that.

**As a note, if the Rewatch Value was not included this would be a much much higher score.

I have to say I really enjoyed this. Which is what I was expecting since they're pretty well known and famous for their collaborations. I have known of Fann Wong and Christopher Lee's relationship and work for years (although this is the first time I'm actually seeing them on screen together). <---I have a few friends obsessed with them. And their chemistry is still alive and well post marriage (in real life). They play off each other very well. The movie has comedy, romance, and cuteness to laugh a last time.

It's better than any American romantic comedy I've seen in a while. It has a clear storyline and delivers it.

Basically the story is big actors join forces for own personal reasons---actually quite commendable reasons. But unfortunately they lie to their fans and the paparazzi about their relationships. Allowing their fans to believe they are really together. Along the way the story becomes a fact.

As a fan we've been lied to by celebrities regularly. It can be scandalous but at this point, it's so familiar that it's normal. So the story addresses that in a funny way.

A point I want to mention I love about this film. The mixture of languages. Wow....it's great to see. I enjoyed that. Anyway...it's worth the watch.

I don't have much to say because this is a simple romantic comedy. It's nothing like The Longest Night in Shanghai which has an unbeatable, incomparable, and profound storyline. This is more simple and light but definitely entertaining and worth the watch.

On an aside...Christopher Lee looks freakishly similar to Joe Cheng when Joe Cheng was on ISWAK: TKA 2 with the short hair cut. I can see Joe Cheng growing to look like him.

By the way, they delivered some of the best On-screen kisses I have seen in an Asian Drama or movie. It's sweet but marks a strong bond. It's not too sloppy, it's not uncomfortable, it's not rough, or too small. It's just right. Very cute! The ending was THE BEST