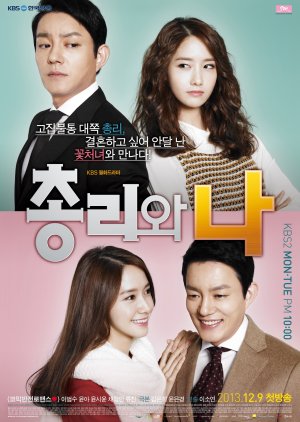 Prime Minister Kwon Yool works well at his office, but he struggles to raise his three children alone. Nam Da Jung is a reporter full of enthusiasm at work, but she always ends up missing big scoops. When Nam Da Jung chases Prime Minister Kwon for a lucrative exposé, she ends up scooping a whole lot more than she bargained for. Kwon Yool's three kids receive a mother as a Christmas present, and that mother is Nam Da Jung. Edit Translation

Where to Watch Prime Minister and I 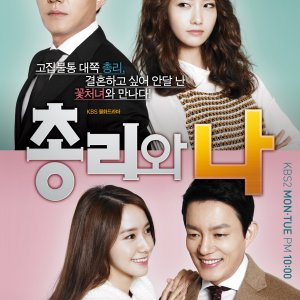 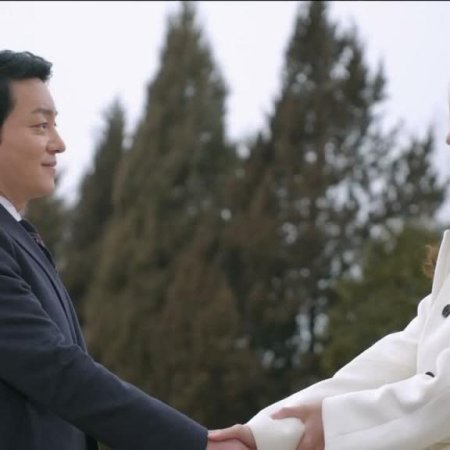 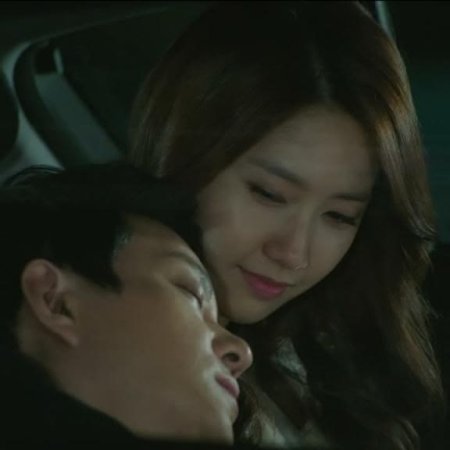 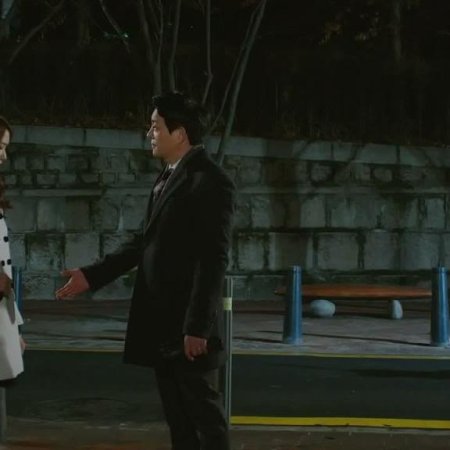 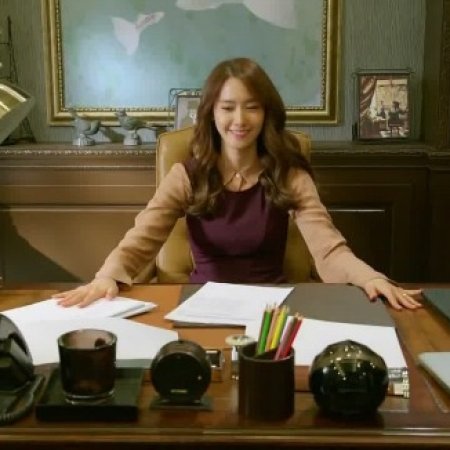 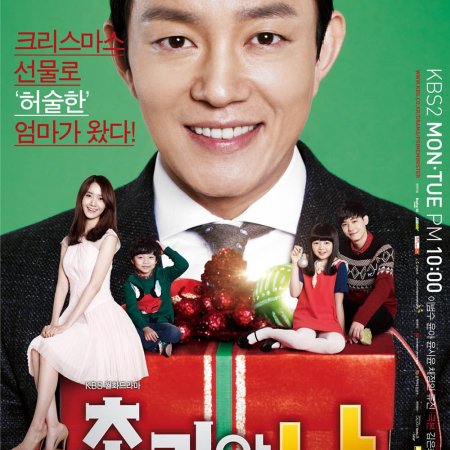 Completed
mysecretsoul
24 people found this review helpful
Other reviews by this user
0
Feb 5, 2014
17 of 17 episodes seen
Completed 0
Overall 7.0
Story 7.0
Acting/Cast 8.0
Music 7.0
Rewatch Value 6.0
The last time I reviewed a politically tinged romance (that one being All About My Relationship), it seemed fitting to compare the drama to a dessert. In an odd coincidence this analogy works here as well, though without some of the positive connotations. Prime Minister and I begins as an enticing little treat, whose sweetness will draw the viewer in despite preconceptions. However, as if finishing touches were neglected in the kitchen, the last few “bites” will leave one a little hungry and unsatisfied.

“Charming” describes much of this series well. Contract marriages are nothing new to our beloved world of dramas; surely, viewers could also point out dozens where the unavoidable presence of an outsider begins to positively affect a fractured family. But what made Prime Minister and I quite nice was not any presumption of originality, but rather its lighthearted, laid-back shuffle of quirk and classic cliches.

Pacing between dramatic, romantic, and comedic elements typically held up well. There was even a refreshing honesty between characters and even quickness of resolution that I rather enjoyed. Da Jung (Yoona) interacted so naturally with Kwon Yul (Lee Bum Soo) and his children; this entire group of characters were a joy to watch, especially together. Early episodes might have exhibited cinematographic awkwardness, but any such issue was quickly ironed out. Basically, until the final episodes, few problems presented themselves.

All that changed with the poor handling of a certain plot point. As a result, the last three or so episodes seemed to develop anemia. The innate charm still existed, but the drama became paler, poorer, and less fun. This happened to various characters as well. One moment had me sad the series was ending, the next wondering what went wrong with the basic rhythm of the show. Even with this unfortunate turn of events, Prime Minister and I stayed cute and entertaining for most of its run. Even with the big anti-climactic "blah," I have no regrets having watched it to completion.

Lee Bum Soo has often been described to me in glowing terms. It’s shameful, but this is actually my first encounter with him. But what an impression he made! His Kwon Yul felt fully realized and remarkably attractive, despite being depicted as a little stiff and unbending by the writing. Warmth and gravity is important for romantic leads, and he delivered well. Leading lady Yoona generates controversy whenever the subject of her acting pops up. Many say she improved from previous encounters, but my own inexperienced commentary to this point would be useless. For the most part, I found her Da Jung likable and found no real problems with the portrayal. She worked well with Lee Bum Soo; there *was* chemistry, just the quiet sort. Scant physical contact, as well as script failings, dashed the potential in this case.

Yoon Shi Yoon broke my heart somewhat. Not because of anything that befalls his Kang In Ho, but rather the role itself. Character trajectory makes it difficult to like or sympathize with him much, even though the actor looks great and performs well. Ryu Jin (Park Joon Ki) is also gorgeous and caught my eye more often than not, but suffered from the same problems. Returning to the positive, all three child actors were not only perfectly adorable, but competent as well. Little Lee Do Hyun as Man Se, need I say more?

Several instrumentals caught my ear over the course of Prime Minister and I, but truly memorable tracks landed with the vocals. These include two very nice ones from SHINee’s Tae Min (“Steps”) and Yoo Gun (“I Love You To Death”). But as with the cinematography, I found some musical choices a bit messy in initial episodes.

Completed
boredandtwitchy
28 people found this review helpful
Other reviews by this user
1
Feb 11, 2014
17 of 17 episodes seen
Completed 1
Overall 6.0
Story 6.0
Acting/Cast 6.0
Music 5.0
Rewatch Value 1.0
I went into Prime Minister and I expecting it to be like the Sound of Music of contract-marriage dramas: a young, chirpy woman enters the lives of a distant single father and his lonely children, bringing them closer as a family and redefining their home. I'm a sucker for such stories, and the first few episodes that zipped by for me fulfilled my expectations of a fluffy and fun watch.

To my surprise, as the story progressed, I found the drama raising interesting questions about finding love after death, about whether simply marrying into a family makes you a part of the family. Bringing these issues to the surface drew me further into the story, as did the growing love between Prime Minister Kwon and Nam Da-jeong. Seeing them display their love through little acts of caring before they even realized the true source of their actions, how their actions stemmed from love, really warmed my heart right up.

However, all of this was abandoned in favor of contrived angst. I don't mind angst in a drama if it's well-crafted and makes sense. Prime Minister and I's angst was neither, resulting in me wanting to slap a few tear-stained faces that appeared on my screen. Wanting to strangle your heroine is not a good sign. Add to that a political plotline that I'm pretty sure was added only to show that the Prime Minister has duties other than shuffling paper around his desk, and you have the elements that sucked the joy out of what should have been a breezy viewing experience.

(Speaking of sucking out the joy of something, what the heck happened to Yoon Shi Yoon in this drama? In every scene, he looked as if someone was kicking puppies off screen. He looked happier when he was filming an actual makjang than he looks here!)

Perhaps if this drama had done a better job of mixing in the heartwarming with the angst, I would have rated this higher. As it stands, Prime Minister and I became for me an unnecessary roller-coaster of cliches and forced emotions that ultimately left me not caring at all. 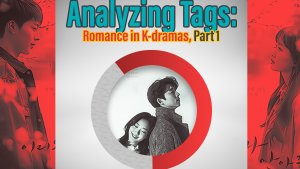 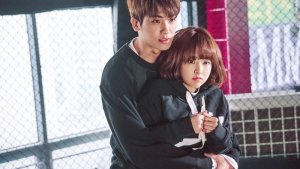