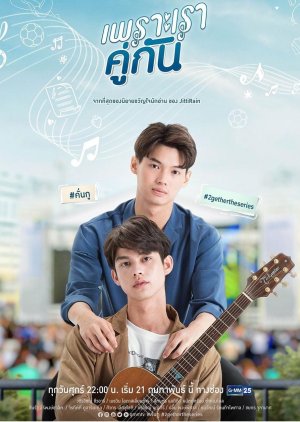 Tine is a very handsome student and cheerleader in college, while Sarawat is one of the campus’ most popular guys and is also in the soccer and music club. When Tine is chased by Green, who he does not reciprocate feelings for — he ends up begging Sarawat to fake date with him in order to chase Green away. Somehow, just like the tale as old as time goes — pretend somehow starts to turn into reality. However, before a "happily ever after" there is the process of falling in love, and the slow realisation that somehow they aren't pretending anymore. Somehow, they do not want to. (Source: Soju at MyDramaList) Edit Translation 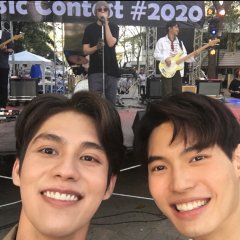 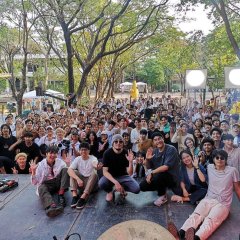 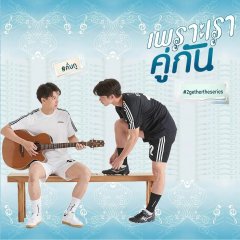 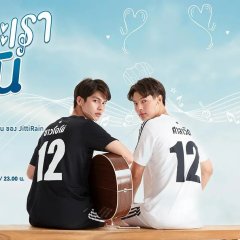 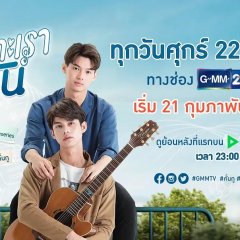 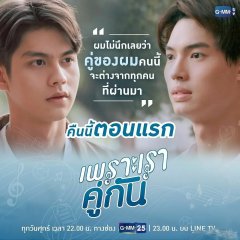 Completed
anchorenomore
229 people found this review helpful
Other reviews by this user
31
May 15, 2020
13 of 13 episodes seen
Completed 31
Overall 6.0
Story 6.0
Acting/Cast 7.0
Music 8.0
Rewatch Value 6.0
This review may contain spoilers
My review is a personal opinion on the drama. This is not meant to be a review that sways anyone. If you are unsure about watching the drama, don't look to reviews to help you make that decision as we all have our own personal likes and preferences.


How do you completely ruin a drama that started off strong?

Answer:
By giving us characters that had more chemistry when they were "fake dating" than when they were truly dating. By using women as plot devices to create drama and jealousy. By giving us a couple that doesn't communicate and understands that there will be times when their relationship will be tested, but that they can overcome that. By dedicating more time on the development of the side stories (Mil's crush on Tine, the fights that had little to do with the couple, Wat's Alphaness)

Lack of real intimacy between a couple that is supposed to be "in love"...

I have stated before and I will stated it again (especially since I am an ACE) I don't care for the kisses or the sex , but these two characters behave more like brothers than a couple. Depicting a couple in love doesn't mean having them do sexual things. It can be shown through different forms such as, both couples cooking together and talking about their day, doing something that creates a mood but doesn't mean they jump each other's bones. Comforting one another when one is feeling down (which reminds me, Sarawat not comforting Tine and actually turning his back on him and going to sleep, came across as a man who is tried of the relationship they are in. That was so weird). Instead, we have Sarawat just "patting" Tine on the head. I get it different cultures have different forms of expression when it comes to love, but that patting on the head is akin to an adult infantilizing another adult or it comes across as condescending "oh there there." It is bizarre how these two had more of a couple chemistry when they were fake dating than when they got together. What an amazing feat! [sarc]

And I will repeat this again....the fact that we have had a rinse and repeat story line the minute that Tine and Sarawat got together (Mil chasing Tine, Wat now with Pam) is lazy script.

This drama had a lazy script, had characters that de-evolved instead of evolving (Tine taking on more female characteristics "ukeness", Wat becoming some spineless idiot by not putting Pan in her place right way) The story was choppy due to editing in many episodes and it just didn't flow well.

I really liked the first five episodes, I thought the story was promising and while it did have some flaws specially in the editing, the drama just got worse. It's a shame really cause it could have been so nice.

This series is over rated and disappointing.

Don't get me wrong I love the actors and the first half of the show. I even re-watched the first few episodes just to ease the pain of waiting for one whole week for the next episode. As I said, early episodes were good. I thought they had chemistry and spark. The plot was also good and promising BUT.....

As the story progress it also lost its spark. The plot became repetitive, the side stories were set aside, the conflict became lame, the character development was nowhere to be found, in short the script/screenwriting became too dependent to the popularity of the show and the visuals of the actors. If the actors of this show were not good looking, this will be criticized heavily but since they are both handsome and popular, the bad storyline and acting was overshadowed.

Not to mention that they neglected the second main lead of the show which is Drake and Frank. They were literally set aside. It was so bad that it felt that they were just used to make this a BL series.

The chemistry of the early episodes was lost due to lack of character and relationship development. The last four episodes made the characters look and act too straight to be gay. They looked like friends and not a couple. The actors are too reserved to be called as a couple. Ironically this series lost its spark when the two main leads became a real couple. Sad that they are more in love when they are fake dating.

I was expecting more from this because it came from the director of Kiss Me Again and was written by the author of Theory of Love. Now I feel bad for Jittirain, the author of the novel, because this series messed up her creation. Unfortunately it did not live up to its popularity and standard. They can't say its because of COVID19 like Why R U?, because this was pre- produced and they have already finished filming the entire series, so I think there can be no excuse to all of its flaws.

The last episode DID NOT save this series at all. It even made it WORST to the point that viewers felt the awkwardness of the main actors, as if they don't like touching each other. The ugly directing and the story that sucks can no longer be tolerated. Sorry for using this kind of words but this is the best way I can describe what happend to this series. One comment even said, and I love how he described the ending, confession in front of an audience doesn't make it extra special.

The actors made it so obvious that they don't like to act as BL couple at the same time the director and script did not help them with making them look like a BL couple. It was a sub par acting (though I am trying to let it pass since this is Win's first series and Bright's first BL role). I think the actors should reconsider accepting BL roles if they are not fully committed to it because even if you are a good actor but you are doing something against your will, it will always show. The director, producer and screenwriter should also try to reflect what went wrong.

I remember the actors of this show said that love is just love. I agree. Love is something you can show without the racy gestures actually love is best shown with small gestures. The bad thing about this series is NOT the lack of intimate scenes but the LACK OF LOVE in their supposedly real relationship.

Things that are good in this series? Well, this has good OST (except the TINE song, it was meh) and the early chemistry but other than that, it was just a series about two handsome guys that was said to be boyfriends but act like buddies.

Not all trending series are good and even if the actors are good looking and lovable doesn't justify the bad screenplay and execution of the story.

This is a very disappointing drama. 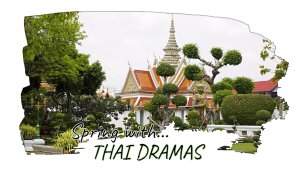