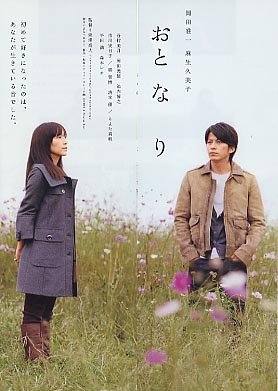 Nojima Satoshi is a photographer who wants to photograph scenery but currently works for a modeling agency where he takes picture of his best friend, a model in his 30, Shingo. One day, Satoshi decides that he no longer wants to put up with what he doesn't want to do, and sets out to go to Canada to shoot pictures of the Canadian scenery. Living next door is a woman, Nanao, also approaching her 30, who is too busy with her work at a flower shop to consider dating. One day, a man working at a convenience store nearby stops by her flower shop and confesses his feelings for her. Satoshi and Nanao know about each other's existence by the sounds their neighbor makes through the thin wall. Even though they do pay attention to the sounds next door, they actually have never met each other, or make any attempt to meet the other person. The movie tells two separate stories that happen in parallel and focuses on the lives of two people approaching their thirties, and the doubts they have about work, life, and love. Edit Translation 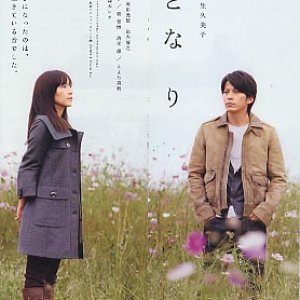 Completed
pangeramorrow
6 people found this review helpful
Other reviews by this user
0
Feb 20, 2012
Completed 0
Overall 8.0
Story 8.0
Acting/Cast 9.0
Music 8.0
Rewatch Value 8.0
A very quiet movie, you have to pay attention to the small routines and gestures of the characters to catch everything. Don't watch if you're expecting a lot of physical contact, but it you don't mind some slower-paced anticipation of passion, this film will deliever. Very well acted. The quiet nature of the apartment setting becomes its own character, in a way.
Was this review helpful to you?

Music wise, there's not much to boast about since the music is more prominent before and after the movie but to make up to it, both lead characters sings through the duration of the film that I could say it's good enough as a sound track. The movie's motif on music is more on the sound of everyday surroundings because it is a vital element for the whole film.

The plot line is slow and yet everything is in it. Since I'm a sucker for good endings, this hits the spot. Okada Junichi is one hell of an actor if he wanted to be one. He's cute, sassy and has that great smile. While Kumiko Aso is a dead ringer look alike for Arakagai Yui! (That is, if you place the Camera farther away to keep her profile to not focus enough on her face. lolz) Then again that's not the sole reason why I like her. Her acting is pretty good and her voice, its so cute when she sings and hums to herself.

Over all the movie has lots to offer. What I liked most about the film was how they started the story from a simple coincidence to an awesome ending. 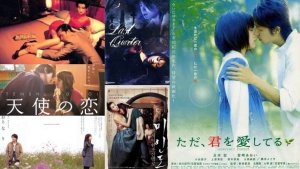