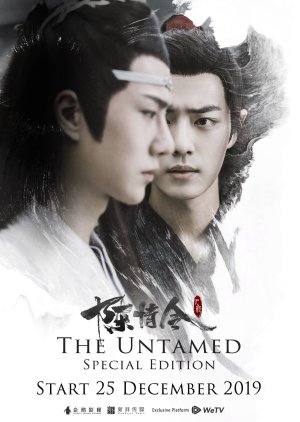 A 20-episode cut of The Untamed made for better integration and comprehension of the series. This special edition focuses more on Lan Wangji/Lan Zhan and Wei Wuxian/Wei Ying. Edit Translation 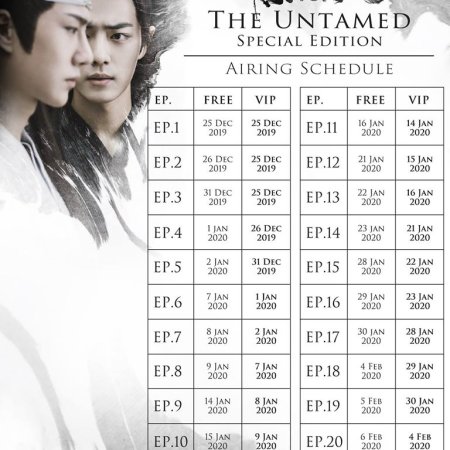 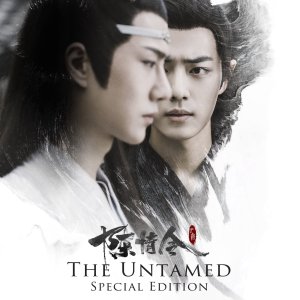 Most Beautiful Drama of All Time

I’ve done a review for the full version of this drama Chenqing Ling (The Untamed) - it’s long with details (my review). In this review, I don’t want to reiterate what I’ve written before. I just want to do a "short" one for the new viewers.

I have read both extreme ends of the comments. Some viewers have watched this drama for umpteen times, read the novel, watched the donghua (anime), read the manhua (manga), watched all the BTS’s, read all the fanfics, fanvids, etc. (I must admit I’ve done likewise.) On the other extreme, many viewers cannot even get passed the first few episodes and cannot understand what the hype is all about. When they come to this platform (MyDramaList) to question, instead of getting answers, they get clobbered.

This drama is based on a very popular BL novel. To pass censorship in China, the BL part is suppressed if not totally eliminated. But, the production team has cleverly disguised the BL elements into thousands of little moments inserted throughout the series, including within the music, and these little moments are open to interpretation: BL fans see romance right away whereas others see only platonic friendship (that was my first impression in my first viewing). Either way, the story portrays chivalry, selflessness, and magnanimity. It provides many life lessons for all viewers.

This special edition is basically a shorter version of the drama. The original series has a slow start. Many viewers who have not read the novel get pretty confused, myself included. Many even drop the series because of it. In this special edition, the beginning 2 episodes of the original version are cut off; it goes straight to the very beginning of the timeline – 16 years ago. It also includes some scenes (very few) that are not in the original version. It cuts off many peripheral characters and scenes, and focuses more on the two main leads and their relationship. Like it or not, it is this relationship (among others) that has created the largest deluge for viewers who have watched and love this drama. It is also one of the main reasons that propels Xiao Zhan and Wang Yibo, the two main leads, into stardom. Currently the duo are the most popular actors in China, receiving countless awards.

For viewers who just want to test the water, the special edition may be a good start. However, the original full version provides better explanation and overall plot of the story. A lot of the questions of this drama have been addressed here: https://mydramalist.com/discussions/the-untamed.

This drama means very different things to different people. For many fans, this is the best drama of ALL TIME. For me, this is true also because it touches certain parts of my heart. It stirs up all kinds of emotions in me which I’ve never experienced before in other dramas – happiness, sadness, light-heartedness, agony, hopefulness, hopelessness, among others. It brings me through a lot of painful experiences, and yet gives me a lot of sweetness in between and in the end.

Yes, I’d say this is a MUST-WATCH drama. It really doesn’t matter which gender and what sexual orientation you are. It doesn’t matter which culture you’ve come from. After all, we all live on the same planet, go through similar injustices in life, and most of all, can relate to the characters one way or another.

Was this review helpful to you?
Completed
Sun Tzu
0 people found this review helpful
Other reviews by this user
0
6 days ago
20 of 20 episodes seen
Completed 0
Overall 10
Story 10
Acting/Cast 10
Music 10
Rewatch Value 10
I saw the original and now this edition. I love all of the extended scenes between the male leads. No wonder they are getting spin-offs. All of the actors are extremely good even though they are quite young. I am obsessed with the theme song between the male leads. Wish more dramas can be like this and not edited to death so that the story makes no sense. Wish that there will be a season 2. If they ever do a remake, it will be really hard to replace the 2 male leads. Their chemistry is extraordinary with just the looks and smiles. Great job to everyone involved in this project!

Need To Watch (Not Out Yet)
55 titles