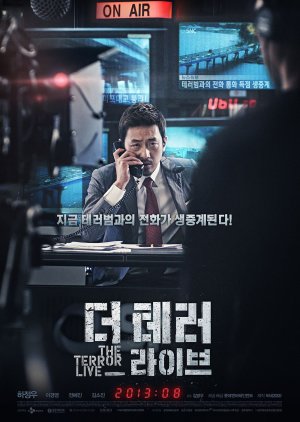 Yoon Yeong Hwa, once a top, national news anchor, gets demoted to radio news. One day, a call comes in during his radio show threatening to blow up Mapo Bridge. While it is brushed off as a prank call, the bridge ends up getting blown to pieces just 10 minutes later. To get his career back on track, Yoon tries to grab an exclusive live broadcast. The terrorist demands a hefty sum in exchange and the exclusive gets aired. The terrorist reveals he is one of the construction workers of Mapo Bridge and demands the President’s apology for his coworkers who died on the job. However, the government dismisses the demands, and the terrorist strikes again. While efforts to convince both the government and the terrorist go awry, Yoon realizes there is a bomb rigged on him and falls in sheer terror. (Source: CJ Entertainment) Edit Translation 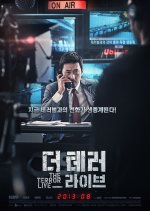 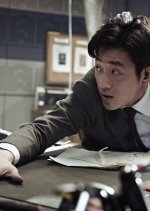 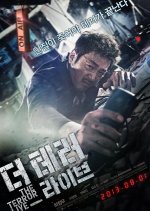 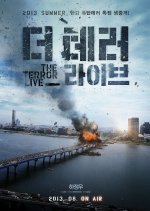 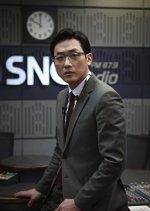 Completed
Cheer
46 people found this review helpful
Other reviews by this user
0
Feb 14, 2014
Completed 0
Overall 8.0
Story 8.0
Acting/Cast 9.0
Music 8.0
Rewatch Value 5.0
This review may contain spoilers
If I have to describe the Terror Live in one sentence I would say: One room, an anchor, a terrorist, a live broadcast and lots of thrills.

I have been waiting for this ever since it first came out and I can say that I am quite satisfied. The story of this film is located in one room, the radio station, this may seem so little for a thriller to happen but I take that as a positive point because the non-diversity of locations forced the focus on the plot and dialogues instead which is a great thing. The Terror Live builds a great tension and thrilling moments that it may even feel suffocating in a good way.

The film starts out very fast without the meaningless time-filler introductions; it was engaging ever since the first minutes and it kept drawing the attention until the very end. This film doesn’t contain any dull moment and you can never think that it became boring because the order of displaying events was quite well-done in a way that will make you anxious about what will happen next. Also, the messages delivered in this film concerning the government, mass media and terrorists as well as the questions it asks about their involvement are well-crafted. And no, this is nothing like any terror anything you’ve seen before since it doesn’t follow a stereotypical pattern at all.

The acting was marvelous. Ha Jung Woo proves, once again, what great of an actor he is. I always praise him in my reviews not because I am biased with him as a fan girl (although I do find him quite charming) but it’s due to his absorbing acting skills that keep getting better and better after each film he makes. And man does thriller roles suit him so well! I am complimenting the acting because if some pretty face idol who doesn’t know how to act did this type of role then everything would have went downhill that’s why choosing great actors is one the most important elements of making a successful film.
The characters were intriguing and very well-done as a whole. There’s no hero in this film because our male lead is almost an anti-hero instead of the opposite side. The anchor had the greatest character developments ever where he started as a sloppy carefree radio host then he became a serious anchor and at the end…Well, it’s a spoiler.

The cinematography is catching and pretty similar to recent Korean thrillers visuals with only little CGI used in the process. And I don’t think a second rewatch of a tight suspense film is a good idea.

Watch if:
-You’re in the mood for a great suspense thriller.
-You like the Korean way of making thrillers.
-You like Ha Jung Woo or want to discover him.

Do not watch if:
-You dislike thrillers and suspenseful stories.

The Terror Live is one of the better Korean thrillers made in recent years, if you want to watch this film then make sure to prepare yourself for an astounding ride.

Completed
Myd
5 people found this review helpful
Other reviews by this user
0
Sep 5, 2015
Completed 0
Overall 8.5
Story 8.0
Acting/Cast 9.0
Music 8.0
Rewatch Value 8.0
<< A Single Location , Thriller Masterpiece ! >>
We all have some expectation when It comes to a thriller action movie !
Well , there are always certain standards for stirring shocking action which won't let you leave your seat till the movie gets to the closing credits ! These standards (which were mostly defined by best-selling Hollywood action projects) are : shooting guns , breathtaking fights , cazy chasing cars , jumping from one building to another ... and many many other supper effective factors which turn almost any movie to a best-selling money-maker one !
But when it comes to "The Terror Live" , we see the whole movie is there to grin at all these factors using ONLY ONE ROOM AS LOCATION , focusing on it's admirable cinematography , Increasing suspension , greatly written dialogs , dramaticly amazing acting skills while referring to a cruelly ignored demand of an ordinary citizen who happens to cause a tragic hostage on Han River's bridge as a psycho kidnapper!
When I started watching this movie , I had no idea what it was about ! I didn't know the story-plot or the casts ... and you know what , I'm glad I didn't ! I mean I'm not sure if I would watch it , knowing it's a single location thriller movie with unfamiliar actors ! I mean , I might have find it boring or even not worth it . But surprisingly , from the first moment until the very last , I was starring at the screen wide-eyed and open-mouthed , feeling so lucky to have the great chance of watching this movie by accident !
"Ha Jeong Woo" whom I was honored to know through this movie , couldn't stop showing his amazing acting skills ! He was naturaly confident and professionally expert at showing every kind of emotion and EXACTLY knew what he was doing in front of those cameras ! Cause the whole movie takes place in the room he's at , and the camera zooming is on his face for more than one hour , he had one of the hardest roles ever !!! the failure or the success for "The Terror Live" almost totally depended on him ... And he truly MADE IT !
Based on Wikipedia : This movie became a great hit as soon as it was released in South Korea . It was also goodly attentioned by foreign audiences and received many positive critiques from reviewers around the world.
I'm pretty sure I'll watch this movie again and again , as it's the first and maybe last single location movie I enjoyed every second of ! And I recommend it to you and everyone else who's seeking for something SPECIAL and different to watch.
At last let me send my Congrats to the director on his powerful and excellent way of directing. 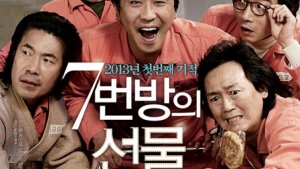 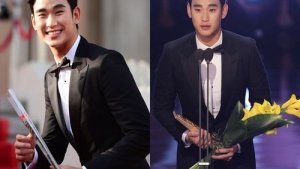