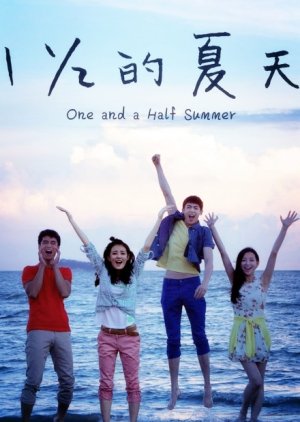 A young adult drama about campus life. Nichkhun will play a Chinese American who travels to China to study abroad and to find the girl that he loves. The drama will be set in a beautiful college campus and will draw out the stories of the young students in a fun and romantic way. Edit Translation 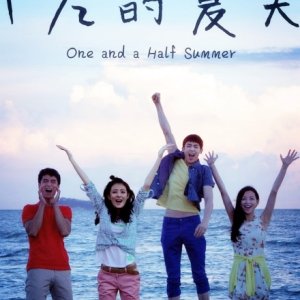 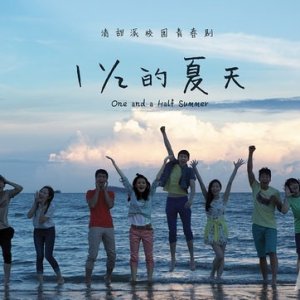 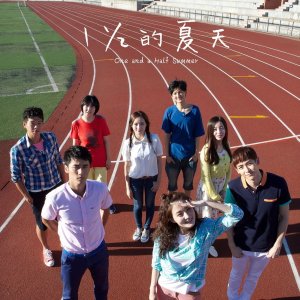 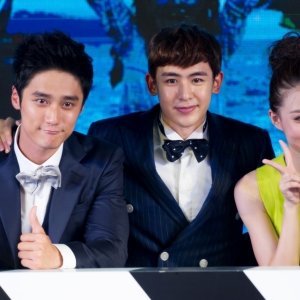 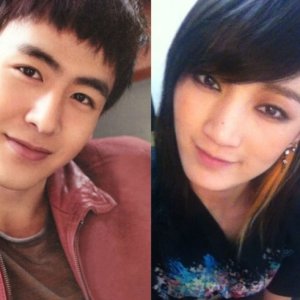 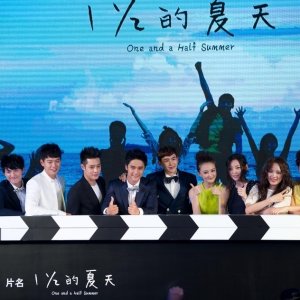 Completed
Draagon
4 people found this review helpful
Other reviews by this user
0
Aug 26, 2014
27 of 27 episodes seen
Completed 0
Overall 8.0
Story 6.0
Acting/Cast 8.0
Music 7.0
Rewatch Value 4.0
This review may contain spoilers
One and a Half Summer is a very light and fluffy drama. I came into it not knowing any of the actors, though it features an idol from Korea (Nichkhun, 2PM) as one its main leads. But that’s neither here nor there if you don’t know who he is (like me) ^^;

What I liked most about this drama is the camera work, oddly enough. That’s what’s captured my attention in the first episode. It’s not quite as artistic as say, Sword and Flower, but it has a certain finesse to it that engaged me in the scenes. It was just very crisp, clean, and not as soap opera-esque, let-me-flat-focus-on-your-face-for-this-whole-scene, as other dramas tend to be sometimes.

As for the actors and characters themselves, they were the next best part of the drama. Everyone acted very well, but I had my favorites. Nick Chou as Tang Bo Wen was definitely one of those. I could watch him act any day. He was very good at playing a guy very quiet and in control of himself but finds himself falling for a girl who doesn’t quite love him back in the same way. Funnily enough, I was so entranced by his acting that I lost a little bit of interest in the main lead’s love triangle and found myself anticipating the next scene with him in it (heh...) The actor who plays Ma Jun Cai was also very entertaining to watch as the sort of dweeb of the group.

That brings me to the storyline itself. It is very basic and probably one of the weaker points of the drama, just because it is so standard. It’s just some kids on a university campus and their love stories, basically. Oh, and one love story between older characters (30s-ish). The main leads have a love triangle; someone’s always pining after the one person they decided to like but can’t be together with; etc. One thing I do want to give props to the drama for is giving the second male lead a real chance, though. Without giving away any spoilers, even though the characters mostly fall for the person who’s out of their reach, the writers did give each character a fair fighting chance to express themselves to the other party, at least. Communication was never lacking between the characters, a facet I appreciated (much better than lack of communication or the silent noble idiots dramas tend to have in abundance).

The music was good, too. I like how they incorporated the main song (which has the same name as the show itself) into one of the drama’s overarching plots. Another thing that kind of threw me off though, is that they used the instrumentals from In Time With You as background music >< It was a bit off-putting, but I got used to it.

And I’ll just mention this because it’s an important part of Mainland China dramas: The dubbing. The only noticeable dubbing in this drama was over Nichkhun (his mouth never matches what’s being said). Other that than, there’s little to no dubbing over the rest of the actor’s voices (only occasionally when they’re in a loud place like the cafeteria. And even then, it’s minimal).

The second to worst part of the drama was the overuse of flashbacks. Constantly. Just about every other scene, I swear. Just about killed me.

The worst part of the drama was the ending. I like to pretend it didn’t happen and would rather just imagine my own more satisfactory ending. It definitely puts the emphasis on “ambiguous” and draws out a “That’s it? The end?” from the viewer >.>

In short, out of the four Mainland China dramas I’ve watched, this is one of the better ones for sure. I would recommend watching this if:
-You like Nichkhun (or any of the actors)
-You like university/school-based dramas
-You like characters communicating with each other
-You like love triangles

Don’t watch if:
-You like dramas with deep, introspective plot lines
-You like a lot of romance/skin-ship
-You hate pining/angsty characters
-You hate flashbacks every episode for scenes that you just saw

Completed
PKsuperfan
3 people found this review helpful
Other reviews by this user
0
Mar 20, 2015
27 of 27 episodes seen
Completed 0
Overall 8.0
Story 8.0
Acting/Cast 7.5
Music 9.0
Rewatch Value 8.0
This drama is a very lighthearted and fluffy drama. Don't expect to much from it. It kind of gets tedious at the end but, overall it not a bad drama. The only real problem with this drama, is that I feel if it were a Korean Drama, the actors and actresses might have had a makeover a bit sooner. Several of them needed a makeover but, no one seemed to get it till the last minute.


This is my second Chinese drama I have finished. I cannot decide which drama I like better this one or The Substitute Princess. They kind of both have a drawn out sort of feeling but, this drama does have a better ending and it has Nichkun. Which dear reviewers, was the only reason I watched this drama in the first place. If you want to watch a drama with Nichkun and don't care whether you hear his voice except when his song, Let it Rain, plays ( which is at the end of every episode, and in the middle of some), ( I am pretty sure they voiced over his voice, it doesn't sound right even when he says English.), then this is the drama for you.

The music in this drama really consists of two songs, Let it Rain by Nichkun and the theme song, One and Half Summer, but, I loved both songs so, I felt the music was good overall.

The romance is the basic plot to this drama, because it spends more time on that than anything else, but, the main romance because of this is very drawn out, and does not get solved till the end. On the other hand, there are side romances which are cute and help the feeling of this drama not so drawn out.

There are cute moments with everyone in this drama, and mild Bromance moments, although not as much as I would like.

The acting is very well done, and the cast is really awesome, especially all the male leads. There are even showers scenes for these men, so, there's that.


I would definitely rewatch parts of this drama.