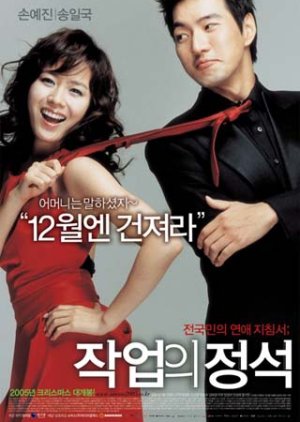 Min Jun and Ji Won are so-called the first-rate "players" who are dating gurus with 100% success rates in any dating pursuits. Following her usual systematic dating rules, Ji Won fakes a schematic car accident to capture Min Jun's attention and successfully approaches him. However, her smooth-sailing dating life finally encounters turbulence. Why in the world is this guy not succumbing to her alluring charm? Ironically enough, Min Jun is also overwhelmed by the understanding that he has met his match. However, like the veteran players that they are, these two shouldn't show any signs of weakness in their dating tactics. Who will emerge victorious and become the last player standing? Edit Translation 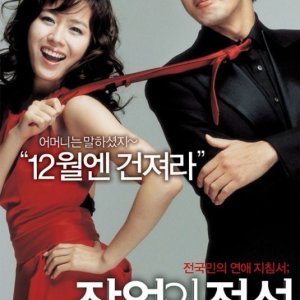 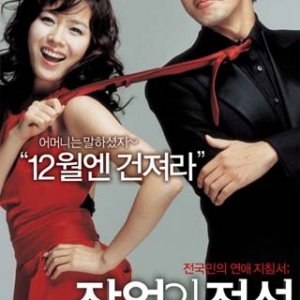 Completed
amrita828
24 people found this review helpful
Other reviews by this user
0
Mar 24, 2012
Completed 0
Overall 5.0
Story 5.0
Acting/Cast 7.0
Music 5.0
Rewatch Value 1.0
For a moment there I was hesitant whether I should express my feelings frankly or filter them for the sake of diplomacy and respect for those who liked it. In the end, I decided for complete honesty, and for this I apologize in advance.

What an utterly stupid movie.
The premises are interesting enough: two "love swindlers" meet, and their carefully planned arts of seduction are put to the test by the experience of the other. Up to this point, everything's fine: two very good looking people are thrown into some funny situations, keeping the viewer entertained for the duration of… a quarter of an hour.
After that, all the inconsistency of this plot come to the surface. This should be a romantic comedy, but where is the romance? Unless we are to think that beauty were the one and only prerogative to love and be loved, there is absolutely nothing likable about those two. They are cynical, spoiled, prejudiced and irritating. If you expect a character development, a little something to make you empathise with one of them or both, you'll be disappointed. There is no characterization whatsoever here: why are these two disillusioned? No idea. Are they going to change, feel deeper, be taught some valuable lesson by the encounter? No.
All we see is 2 handsome people displaying all their weapons, from beginning to end. The point of a romantic comedy is to satisfy the comedic and the romance. In this movie, the comedic is repetitive and the romance non existent, since who cares about two bad people who stay bad?

I suppose the acting saves the day. Son Ye Jin is unusually feisty and plays her role very well, given the little material she was given to work with. This was my first time watching Song Il Gook on screen, but I know he's played serious roles before, so I guess he did a good job too in portraying a funnier character. Since there is no true soul in this movie though, I can't imagine they had to work hard on identifying with their characters.

No way I'm ever going to rewatch this movie, I'd rather have my foot be hit with a hammer.

I think it was because of Son Ye Jin since I liked her in previous roles so I thought that she would make me fall for her again. I didn't have much thoughts when I decided to watch this film, I just went for it.

This film's story isn't special or unique, I ran into this type of stories everywhere. I would say it's the Korean version of the American film "How To Lose A Guy In 10 Days".

*This film's story took me to the concentration mood at the beginning but then things didn't stay the same.

--->Comedy: I couldn't consider it as humor because it's far behind that, the comedy was respectful and not boring, it wasn't very funny though, it haven't brought me laughter or even giggles but I appreciated its existence and its space in the film's general time.
I was wondering where should I put the "comedy" element since I found positives and negatives in it then I thought it should be mentioned in the positive points column since it's not hateful nor boring but it isn't special either.

--->Romance : At the beginning , I thought that the romantic story would be very intresting so I preapared myself to like what's happening and what will happen next but then, I was literally annoyed by the romatic concept; there were many moments that were vexing and irritating that I almost dropped the movie.
Considering that this film is a romantic comedy, I don't believe that the romantic element delivered much, actually it was the exact opposite because the romance was absurd.

*Another negative point that I should mention : everything about this film was predictable, not because its ressemblance to "How To Lose A Guy In 10 Days" but because the storyline made it so obvious that I was expecting everything before it happens and it turns out to be the exact same. It's true that I anticipate a lot but I hate it when all of my expectations come true because it means that the film didn't surprise or create the suspens element.

Thinking that I had high hopes because of this actress is just "wrong". I loved her previous roles in some dramas/films but here it was a huge disappointment. It's true that her role here was different but I would like to forget that she took part in this film and keep her previous image in my mind.
The character made me feel uneasy all the way through the film; I know it was decided by the storyline but if I am uncomfortable with one of the lead characters, that means I am disturbed by the whole film and that's what Han Ji-won's character brought me. I was never excited to see her on screen , as a player, as a lover or as a serious character I never enjoyed her performance not to forget that the character development was really annoying!

When I watched this film, I had no idea about him as an actor, he was introduced to me through this film. I don't believe that I hated him, actually I liked his acting here; it was good but not perfect.
The character wasn't that great but wasn't annoying like Han Ji Won's character. I beleieve I liked Seo Min Jun's charcater at first, it was interesting to see but since he became so involved in the players game and his initial character changed, I think that I lost intrest. Howaver, I wasn't uncomfotable seeing him around like the lead female, it was normal.

*Other Cast: Well, I don't remember them much so that means they haven't left a great impression within me but I don't believe they were annoying or that bad.

--->Romance : Although I was irritated by most of the romantic scenes, I thought that the chemistry was quite accepted.

--->Friendship: It wasn't that present but I had to mention Han Ji Won's friend was partly "disturbing"

--->Seo Min Jun's relationship with his father: the only relationship that I have no complains about since it had a lot of great moments and funny scenes.

One of the most predictable, usual endings that anyone can see it coming ever since the film started: It didn't intrest me at all but that doesn't mean that it was a bad ending.

*At first I thought I was going to enjoy this film but then everything about it seemed ridiculous. I don't drop films or I would've dropped it from the first 15 minutes.
*I can't exactly describe my feelings while watching this film; for me it was "just a film" that annoyed me and I wanted to get over with it..

*Is this film memorable: Not at all, it was another non special film that I would forget after a week..