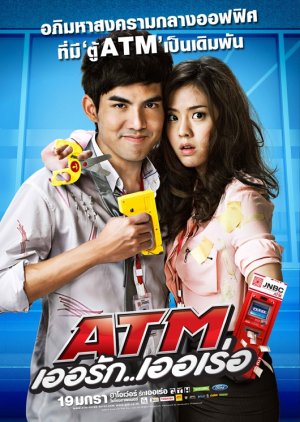 Sua and Jib are like any other couple in this world except for one exception: for the past 5 years they have kept their relationship a secret since the bank where they are employed has a strict "No Fraternization" policy. It's not a big deal until they decide to get married. With neither willing to take the leap of faith they both turn incident into opportunity when an ATM glitch in Chonburi province cashes out over $130,000 baht. The terms are simple: whoever is able to recover the money first gets to keep their job. The couple will turn into no holds barred competitors. Edit Translation 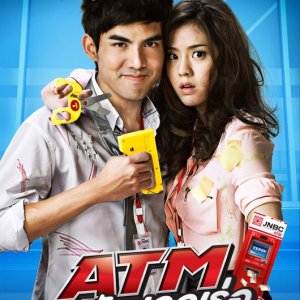 Completed
urwonandonly
4 people found this review helpful
Other reviews by this user
0
Jul 14, 2014
Completed 0
Overall 7.5
Story 9.5
Acting/Cast 10
Music 7.0
Rewatch Value 7.5
In search of a movie that does not take itself too seriously and does not make you think too much? Well, you're in luck! ATM: Er Rak Error is what you have been looking for!

The story intrigued me. Reading the plot, I knew this movie would be really funny and I was right! There is tons of comedy in this film. The humor was mostly slapstick and somewhat gross at times, but still very enjoyable. It was not the funniest film I have ever seen, but I still had some good laughs. Oh, and many shocking moments as well! As well, there were many romantic elements in the film. This includes the relationship between the main leads and other supporting characters. The romantic parts were done well and since comedy was included, it was easy to laugh at the antics the couples took part in. The only negative thing I might say is that at times I felt like some parts dragged longer than they could have, but they were not dragged to the point where I was completely bored.

The acting was actually done quite well! Each actor played their character properly and suited their role precisely. Nothing too fake (like I have seen in one past Thai film), so it was fun to see the characters interact. Now on the topic of music: there was not a lot of music in the film, so I really could not say how I felt about it (which is why I just rated it 7).

Usually, I do not rewatch films, so I do not think I would rewatch this. Although, if I was in the mood for a carefree movie then this would be a solid choice to go back to. Overall, I am scoring this film 7.5 mostly because I thought it was good, but not the greatest thing ever! Many great components, and fun to watch! Watch it for yourself!

Completed
Senpai
3 people found this review helpful
Other reviews by this user
0
Feb 23, 2017
Completed 0
Overall 9.5
Story 10
Acting/Cast 9.5
Music 8.5
Rewatch Value 9.0
There's no way you can not laugh with this long one. Very fun to watch with a very romantic ending, since the Thais have managed to create something of the height, so much so that there is a sequence produced in 2013. A story can be kind of meaningless, a production of half a fool, but a comedy is good and Healthy, wins from many other comedy movies that have around. So you have my positive vote!
Was this review helpful to you?

New Topic
Be the first to create a discussion for ATM: Er Rak Error 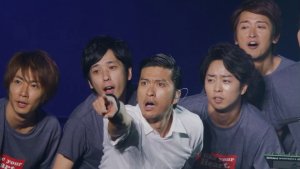 Thai Rom-Coms for the Weekend