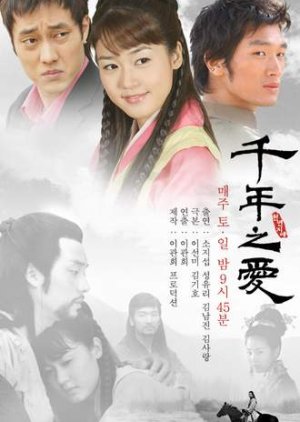 More than a thousand years ago from the present time, Puyeoju is the Baek Jae Empire's princess. Unlike other princesses, she is active and skilled in the arts and in sports. When the Baek Jae Empire crumbles due to a spy, Kum Hwa, she runs away with her bodyguard General Guishil Ari and falls in love with him in the meanwhile. The new conquerer Kim Yu Suk is also in love with the princess, but only receives hate in return. In a desperate attempt to win her, he kills Ari, but the princess runs away and jumps off a cliff to kill herself. While falling, she travels more than one thousand years into the future, which is our present time of 2003. Only she remains to be who she was, and she encounters Ari to be an aimless fashion designer Kang In Chul with a warm heart and bad temper. Although, he is annoyed at her ignorance of the present world, he comes to fall in love with the princess again. Fujiwara Tatsuji is the son of the Fujiwara dynasty, and once again is mysteriously attracted to the princess. Only she knows the past that holds all three of them together, but will things become an exact replica of the situation back then? Edit Translation 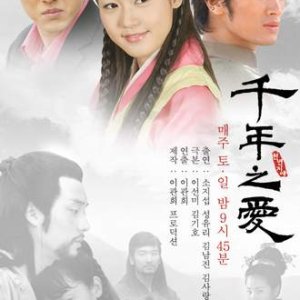 Completed
purplenette
18 people found this review helpful
Other reviews by this user
0
Jan 10, 2013
20 of 20 episodes seen
Completed 0
Overall 6.0
Story 7.0
Acting/Cast 7.0
Music 6.0
Rewatch Value 3.0
Ok, so this isn't the best drama, but I just had to watch it for So Ji Sub. This drama is a time travel story where a Princess from historical Korea era travels through time to 2003. It is pretty interesting concept and somewhat different than the time travel dramas that have been currently airing.

Sung Yu Ri plays the Princess and I think she does a pretty good job of portraying a time traveler. She did as well as the boys from Rooftop Prince. So Ji Sub plays a general in the historical part and a fashion designer in 2003. He is the love interest in both time periods. I just love him and I think he did a good job acting even back then. Kim Nam Jin took me by surprise. He plays a general that is the enemy of the Princess in historical times and the heir of the lead Japanese family in 2003, Fujiwara Tatsuji. Why hasn't this guy done anything since 2008??? I thought he was good for his debut drama. I wish he was still acting.

The music is ok.

I probably won't rewatch it.

It is an older drama, so the sets and production is a little lacking, but I think that it is an interesting drama to watch.