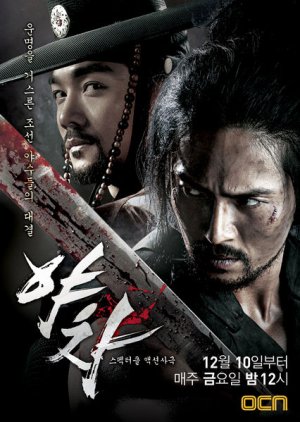 Set in a tumultuous period where the political scene is murky and various people fought to gain power and the throne, the young king will do anything to strengthen his shaky position in court. His childhood friend Baek Rok leads a secret military force loyal to the king, called the "Black Cloud Swords". Baek Rok lives for his king, his brother Baek Kyul and his lover Jung Yeon, but when his ambitious brother betrays him and leads him into a trap, he finds himself on the run. He becomes a slave and gladiator, eventually returning to Joseon to seek revenge. Edit Translation 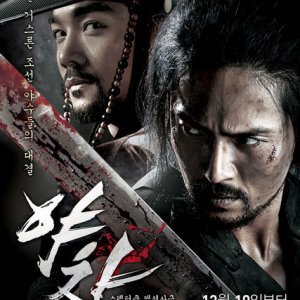 Completed
Sunny
6 people found this review helpful
Other reviews by this user
1
Feb 22, 2014
12 of 12 episodes seen
Completed 1
Overall 8.0
Story 8.0
Acting/Cast 10
Music 10
Rewatch Value 7.0
Well , because I found other review, unfair , I decided to write a new review after watching this drama . I have not regretted at all to give it try!

Story: reminded me of " slave hunters \ Chuno " to some extent. I loved it, and engaged in events without any boredom , beside the young king who does not know how to distract things the nation , and his minister , who is trying to be commanding and forbidding , the minister and his followers who believe in Confucianism , and we can look at it like communism and democracy at this moment - Modern and Contemporary History -

The OST: also reminded me of song from " slave hunters \ Chuno ", it is somewhat similar to the song of the end of this drama!!!


If you like historical drama, then you should give this one a try!!!!

Completed
DreamingKoreanBallad
5 people found this review helpful
Other reviews by this user
0
Oct 15, 2015
12 of 12 episodes seen
Completed 0
Overall 8.5
Story 8.0
Acting/Cast 9.0
Music 10
Rewatch Value 6.0
I really enjoyed this (all except for the first 15 or so minutes of the first episode - there was nudity & a sex scene and I don't like that in shows I watch) - The fighting was great, the only thing I didn't really like was it was a bit gory (especially when they slow-motioned the blood) but If you liked 'Ninja Assassin' then you shouldn't be bothered by this too much. I was hoping for a different ending - but I'm ok with this one and honestly it was probably more realistic this way. If you're like me you'll be captivated by the first episode - I was so drawn into Baek Rok's story! I enjoyed the fight scene, the brotherhood of the 'Black cloud swords' especially with Mu Myung ^^ and the romance story between Baek Rok and Jung Yeon <3

I LOVED Baek Rok (JDH) ^_^ <3 He was so loyal - even when it hurt him, he fought to protect the people he loved and was bound by a promise made to the king. I liked Jung Yeon - but she somehow got stupid towards the end which disappointed me, I loved her relationship with Baek Rok. I hated Baek Kyul - I don't care if his brother and JY still liked him - in my eyes he was an ASS big time!

I might re-watch this sometime in the future - if only to see the ruggedly handsome Jo Dong Hyeok again <3 He truly was a wild man in this drama!

"All that I protected up 'till now by my sword was in vain. I finally want to use it for what I really want to protect. (Jung Yeon) You have to live, so that I, who's lived like a demon, killing all my life...would have some meaning to my life as a man." - Baek Rok

New Topic
Be the first to create a discussion for Yaksha 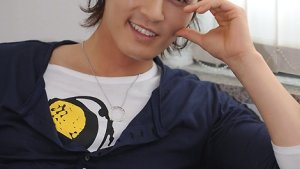 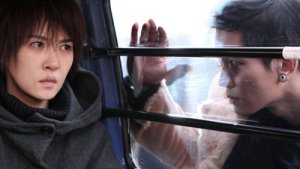