Do you know the feeling when you have had enough lighthearted or romantic movies? I don't mean that you are permanently sick of them, however, it's just time for something different. It's time for a film that that lets you overthink every potential ending, for a movie that keeps you hooked and on the edge of your seat.. but without a lot of laugher or tears. If you are looking for movies like this, here are my recommendations:

The only witness of a crime is a blind woman. Even if she senses things other people don't see, the officers doubt her statement. Suddenly there is another witness who clam that he saw different things at the crime night. As the investigations progresses, someone tries to silence the witnesses. What happened in the crime night? Who can be trusted?

Starring Kim Ha Neul and Yoo Seung Ho, both of whom are amazing and outstanding actors in this thrilling crime story. The character and relationship development is really good for a ~2 hour movie. Even without an outstanding OST, the background music underlines the mood of the scenes.

A murder case reunites two school friends after many years. One of them is a famous detective now while the other is devoted to finding the main suspect in this murder case. Both of them have outstanding analytical skills. Who will solve the case first? Warning, one of them does not play fair... The Devotion of Suspect X stars Kai Wang (my favorite Chinese actor) and Edward Zhang in a classical detective story. Although the story develops a little slowly, it is still great. The characters are not deeply developed but the relationships and dynamics are interesting.  At times, the characters do some ethical challenging actions making you wonder which of them is truly good. This movie also has an OST that does not really sound, although still serves its purpose. This is a Chinese remake of a Japanese movie.

A serial killer kidnaps young girls. A detective tries to solve the case and finds graffiti which shows the actually crime scene. The key to solving this crime is finding out who painted the scenes and why? To add to the mix, this film has a character with supernatural abilities.

This supernatural crime film stars Kim Boem and Kim Kang Woo. The acting is moderate but the movie is really well edited. It is a typical crime setting with dynamic characters. The development of their relationship is spiced with a bit of doubt throughout the movie making it different from others. Some scenes were very emotional and the last 20min are outstandingly thrilling.

Have a thrilling Sunday! :) 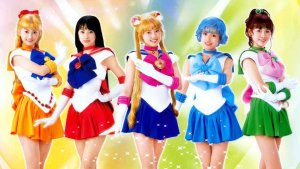 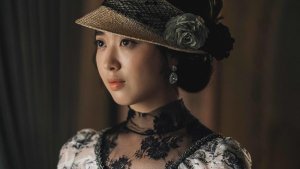 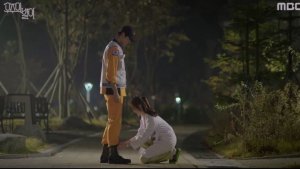