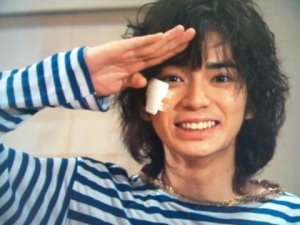 Completed
Black Butler
6 people found this review helpful
by Hasumi17
Other reviews by this user
Jun 28, 2014
Completed 0
Overall 9.0
Story 8.0
Acting/Cast 9.0
Music 10
Rewatch Value 9.5
As a whole the movie was great. The music is well thought and depicts each scene perfectly. The action scenes are amazing, without doubt they are one of the best I've seen.
The story and the implementation I found a tad boring compared to the anime, which is darker than the movie. But I liked how they used the details (and lines) from the anime and manga.

My biggest complaint is Gouriki Ayame. I can live with the fact that they changed Ceil's sex since techically this isn't a direct adaptation of the manga, but set in the future and Ciel is her ancestor. HOWEVER the movie and especially her interpretation of Kiyoharu Genpo lacked the coldness and indifference of Ciel which I absolutely loved in the anime. She simply is just too human.
I would've rated the movie 10 and acting as 10 too, but her perfomance simply doesn't allow me to.

Then the butler himself. Mizushima Hiro shines as Sebastian Michaelis. He stole the show: his character is beautifully written (and acted). When Kiyoharu is just a ridiculous wannabe Ciel, Sebastian is still Sebastian. I actually believed he was a devil: Mizushima Hiro's lines, body language and facial expressions are so perfect he is the embodiment of how I see Sebastian.

Through the anime and movie I always wondered about just what kind of relationship Ciel/Kiyoharu and Sebastian had. At one moment Sebastian can act lovingly toward Ciel/Kiyoharu and the next talk about how pathetic she/he is or try to get her to kill herself. After seeing the movie I am still wondering, but I think it's good that I am. The writer didin't label their relationship as a demon and prey or as a twisted love but leaves it to the audience to decide.
I decided that Sebastian does love her/him (especially his soul, yam yam) to a certain point, but would still devour her/his soul without a second thought or remorse.

I would love to hear your thoughts about the movie and Ciels and Sebastians relationship, so please comment below :)

Completed
Running Wild
2 people found this review helpful
by Hasumi17
Other reviews by this user
Jul 6, 2014
Completed 0
Overall 8.0
Story 8.5
Acting/Cast 7.0
Music 7.0
Rewatch Value 7.5
I started to watch this simply because I like the idea of unexpected friendship, where two different people learn to appreciate and understand each other. Also, a tough and short-tempered homicide detective and a law loving prosecutor working together, I was in.

THE STORY starts as an average on: the good guys form an alliance and go after the bad guy, but it doesn't continue that way. Yes, in the middle the story gets kind of dull and I wondered why I was watching this. But the ending! The ending is something that won't disappoint you and I promise you won't see it coming.

THE ACTING was ok. I believe they did the best they could, but I felt something was missing. Especially the two male leads and the bad guy. They could have depicted their friendship more, and I sometimes felt their acting was a bit forced.

HOWEVER,
As a whole I can recommend this movie even though it is not worth a 10, but it simply depicts so well the fact that there isn't always such a thing as justice where in the end the bad guy goes to jail and the hero gets the woman. No, if anything this movie is more realistic than the black and white versions of justice I've gotten used to seeing.

Not everyone is going to love the ending, but I did. It was one of the best endings I've seen and because of it I don't regret watching this movie.

https://kdramasanonymous.wordpress.com/2016/03/02/bromance-review/
Was this review helpful to you?