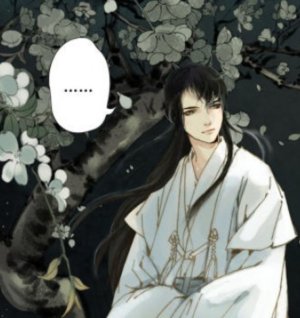 Completed
Love and Destiny
5 people found this review helpful
by anteaq
2
8 days ago
60 of 60 episodes seen
Completed 2
Overall 5.5
Story 4.0
Acting/Cast 8.0
Music 7.0
Rewatch Value 1.0
Love and Destiny was filmed wonderfully, set in a dreamlike world, dressed and accessorized beautifully, and filled with experienced actors. Visually, this is easily a 10/10, but why is my overall rating low? What went wrong when everything seems to have aligned so well? I hate to say this, but…the plot. The downfall of this drama is the scriptwriter using Three Lives Three Worlds, Ten Miles of Peach Blossoms as a template. Following the same model made this drama dull to watch since viewers who have seen TMOPB know what to expect. I hate to compare the two when they only share the same universe and everything else is different, but the plot of L&D is so anticlimactic. It makes me upset that they share this beautiful universe and have an example of what fans like (and don’t like) but the scriptwriter insisted on writing a plot similar to TMOPB. I thought that they would be able to improve the faults in TMOPB and make this spectacular, but I was wrong since there are more flaws to this plot.

Similar to TMOPB, there are three arcs: Ling Xi as a mischievous maiden (episodes 1-23), Ling Xi as Lin Mo in the mortal realm (episodes 24-49), and Ling Xi as a high priestess (episodes 50-60). The ratio for the three arcs is skewed with the first and second having a lot more screen-time, but was it necessary? No. The first arc was the best arc of this drama. During the first arc, Ling Xi has a crush on Jiu Chen, but that changes quickly. Falling in love with her and refusing to kill her, he tries to change her fate by making her face trials in the mortal realm. The second arc was interesting, but only for the first few episodes. After that it was excruciatingly long and boring. Ling Xi was supposed to overcome her calamities by herself, but everyone keeps meddling with it. Honestly, this arc could’ve been cut from 25 episodes to 10 to give the last arc more cushioning since it's the worst. Viewers normally expect answers as they're finishing off the story, but did they give it to us? No. They just tossed a few sparkly rose-hued scenes at us and hope we latch onto them and ignore the faults. The writer and director gave us a weak happy ending in lieu of answering remaining questions. With that said, I had to push myself to finish the last ten episodes even though the end is normally the most exciting.

I’m all for a mature and older actor but strangely enough, Chang Chen missed the mark for me. His portrayal of Jiu Chen was stiff and emotionless. He was quite boring and awkward to watch. He always had this weird slump when he’s sitting, and it made me think of an old man rather than a God of War. He was still quite stoic when he fell in love with Ling Xi, but every once in a while, he would smile. Which can be cute, but his smile was strange and brief. He would look at the ground, smile for a second, and then his face stiffens again. I don’t have much to say about Ni Ni because her acting felt natural for her role.

The romance between the two leads does feel a bit mature and both do show their love throughout the drama, but there’s just something about this couple that doesn’t impact me. The moments other viewers fawned over, I found forced and cringey. For example, some kiss scenes they just push the kiss onto each other for a second or two. Right after they would say something “romantic” to each other. Was that a moment? Cause it was just awkward to watch. Their romance also dragged during the second arc. It dragged on for so long I thought I was the one imprisoned for fifty thousand years. Not only that, but it solidified the fact that Jiu Chen is a boring male lead. Ling Xi spent most of this arc with Jiu Xia and he actually gave us emotions. Not that I rooted for him to be with Ling Xi, but I just found his reactions to be refreshing compared to Jiu Chen’s stone-face. But why give us 10+ episodes of her being with Jiu Xia when we could’ve gotten more moments of her with Jiu Chen instead? Develop her relationship with Jiu Chen better instead of trying to build conflict, but I guess the writer thought the more elements going into it the better it’d be, because even the supporting couples (Yun Feng x Qing Yao and Si Ming x Shi San) were mediocre.

Okay, I swear I’m not a fan of Jiu Xia, but poor Jiu Xia. I didn’t like his character and there was nothing unique about him (except his bald head), but he deserved better. He went through hardships and suffered throughout his life, but he showed that he was still capable of love and empathy. If only the writer was able to write his character with more depth. He deserved a better written role. Also, what’s scary isn’t demons or monsters. What’s scary is someone who’s on a journey to get what they think they deserve and not hesitating to sacrifice anyone and everyone to get it. Thus, the true demon of this show is not the demon lord…it’s Yuan Tong. Karma happened way too late and I found her unnecessary to the plot past the first arc. She’s legit in there just to keep stirring her evil little pot full of lies to aggravate everyone.

Would I recommend this? Unless you’re okay with painstakingly slow developments, an evil immortal who just doesn’t know when to quit, an antagonist who could’ve been so much more, and unnecessary conflicts and characters to fluff the plot? Then no. Besides the first arc and maybe a few episodes into the second arc, this was a complete waste of my time. There’s was so much potential, 60 episodes worth, but the plot fell stagnant and stale.
Was this review helpful to you?