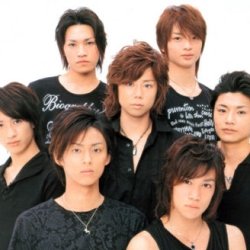 Completed
You're Beautiful
80 people found this review helpful
by eragon92
Other reviews by this user
Oct 10, 2011
16 of 16 episodes seen
Completed 0
Overall 10
Story 9.0
Acting/Cast 10
Music 9.0
Rewatch Value 10
This was my first drama. I was flipping through channels one day and happen to be on and since it was sub I thought I would watch it. I'm so happy I did. I instantly fell in love with this drama. Now we all know the concept of this drama. A girl pretending to be her brother in an all male band. Of course that is just yelling trouble. As the series progresses you learn more about these characters and you come to either dislike them or love them. Sometimes maybe somewhere in the middle. With this drama you'll be feeling a range of emotions. You'll find yourself laughing one moment and crying the next. Your heart will be melting one minute and then breaking the next. The acting was exceptional and the music was memorable. I can't go a day without finding myself humming to songs. All in all the drama was delightful one to watch and would highly recommend it.

Completed
Hana Kimi Special
4 people found this review helpful
by eragon92
Other reviews by this user
Oct 19, 2011
1 of 1 episodes seen
Completed 0
Overall 7.0
Story 7.0
Acting/Cast 10
Music 7.0
Rewatch Value 7.0
I absolutely love the drama. I personally thought it was a well done special. It had everything the drama did. Silliness, emotion, amazingly hot guys going crazy all the time and friendships and that anyone would want and love to have.

When it comes to the story that took place within the drama, I enjoyed it. Personally I would have love to see all the guys in California instead, I think that would have been much more hilarious and a better storyline to tell. As to the rest of the special which took place after the end of the drama, I couldn't help crying, especially during the graduation. It was truly a nicely and touching moment for everyone and really showed the friendship everyone had formed. A friendship that I feel will never be broken.

Overall I think that this special was a nice little cherry on top of the cake that was the Hana Kimi drama.

Completed
City Hunter
3 people found this review helpful
by eragon92
Other reviews by this user
Oct 12, 2011
20 of 20 episodes seen
Completed 0
Overall 10
Story 10
Acting/Cast 10
Music 10
Rewatch Value 10
This was my first action drama as well as my first drama with Lee Min Ho. It was recommended to me by a friend. At first I was a bit wary of it but decided to give it a shot. Within the first 15 minutes I was hooked. Just the the concept of revenge caught my attention and enticed me. Then Lee Min Ho popped onto the screen and I could not stop watching this drama even if I wanted to. The casting for this drama was tremendous, each right up to par for their roles. they had you crying and laughing around every turn. It was an emotional roller coaster. On top of that the action sequence were very well choreographed and extremely well executed. I have to say that there wasn't a single fight sequence that was dull.

The romance wasn't dull or over played.

The music was also great aspect of this drama. Moving the story and tone along. I seriously want this soundtrack now.

This drama is filled with a great balance of romance, action, suspense and mystery. I definite must see.

Completed
Ikemen Desu Ne
2 people found this review helpful
by eragon92
Other reviews by this user
Oct 12, 2011
11 of 11 episodes seen
Completed 0
Overall 9.0
Story 8.0
Acting/Cast 7.0
Music 8.0
Rewatch Value 7.0
I am one of the many that watched this drama because I had already seen the Korean version but at first I was going to watch this one before I found out it was a remake. I saw the picture and thought that it looked like a good drama. It was afterwards that I found out it was a remake. Now for me it was hard now to compare the two. I would see a scene and instantly remember it from the Korean version. In some cases I can say I preferred the K-version much more but I did find myself preferring the J-version instead.

When it comes to the cast I thought they did extremely well. Now, I am a girl so I did debate on which cast was better looking. I thought the J-cast was cute but the K-version much hotter. As to there acting I applaud them for their work. There were times where I found there characters much more appealing than those of the K-version. I felt they brought out there characters more but it did feel that it was rushed, mainly due to the fact there are 5 less episodes than the K-version. If I had to choose the my favorite cast I would say the K-version but I applaud loudly for these guys for there work.

If I had to choose between the two shows I would have to say it is a tough one but I would have to go with K-version. The best part about this remake is that it isn't carbon copy of the original. They could have taken the original material and recite it word for word but they didn't. The Japanese version took a highly popular piece of material and put there own flavor to it while being respectful to the original, even going so far as giving us a little gift in one of the episodes.

All in all I would recommend this drama to anyone who has seen the original or anyone that is looking for a good drama that will make you laugh and cry all within the same five minutes.