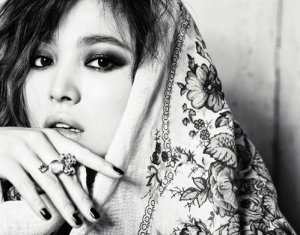 Completed
Let's Eat
17 people found this review helpful
by will_corne
Other reviews by this user
Mar 14, 2014
16 of 16 episodes seen
Completed 0
Overall 10
Story 10
Acting/Cast 10
Music 10
Rewatch Value 10
a 10 out of 10 ... You know how everybody's standards high-rocketed ever since I Hear Your Voice was released?? Let's Eat fits those high standards.. it might not be an Epic Revenge Melodrama or a cute Rom-Com but it gives you a soothing relaxing feeling PLUS YOU GOTTA LOVE THE FOOD TILL THE VERY LAST MOMENT *__*

I AM WARNING YOU GUYS.. YOU WILL GAIN WEIGHT WATCHING THIS!

Seriously ! After Ep1 I couldn't watch a single Episode without a bowl of anything in my hand!
Story:one word "Original",FOR A CHANGE! the K-Drama world is so typical it gets you sick sometimes, this one is so refreshing :3

Acting:Can't imagine a better Cast to do these roles! Everything to the tiniest details and face expressions was Perfect,there was this moment when Lawyer Kim was about to cry but couldn't even show tears in front of SooKyung so he put on that pained face where the corners of his mouth were curved downwards.That's a tiny example on how great the acting was

Completed
Drama Special Series Season 1: White Christmas
7 people found this review helpful
by will_corne
Other reviews by this user
Jun 4, 2013
8 of 8 episodes seen
Completed 0
Overall 10
Story 10
Acting/Cast 10
Music 10
Rewatch Value 10
This Drama is more like a Dark Symphony... Although it's Dark but it still is a Masterpiece.

To be honest I started this drama because it has 3 of my favorite Actors Sung Joon, Jung Wook and Woo Bin,

even the description of the Drama was a turn off since I tend to enjoy Romance-Comedies more than Mystery-Psychological K-Drama BUT THEN THIS DRAMA HAPPENED ! and my love story began...

I can bravely say that THIS IS THE BEST KOREAN DRAMA YOU WILL EVER WATCH IN THIS UNIVERSE !! Yeah, it IS that cool.

You might think I'm exaggerating but honestly I'm not, I slept on it so I'm not as emotional and overwhelmed as I was last night, anyway back to the drama:

Story: The story is so out of this world, it is NOT your typical Psychic trying to kill People... It's a whole new level of insanity. It begins slowly and you might think the story about the letters is just about it and is too stupid to continue watching but as you go on with it the real story unfolds out of nowhere. The base of this drama is a question "Are Monsters Born or Made?", I myself started to wonder what the answer is since Ep1 and that's one of the biggest reasons I continued this drama (besides the bunch of f***ing HOT GUYS *__* )

Acting\Cast: PERFECT ! You'll find lots and lots of Mentally Disordered characters in this Drama (practically all of them LOL), the Cast conveyed that feeling Perfectly, each Actor\Actress fitted his role Perfectly and each Emotion was delivered Perfectly, displaying Fear, Hate, Slyness, Weakness isn't as easy as Love and Affection and this Cast just NAILED IT XD

Music: PERFECT ! I don't know if the word "Perfect" loses it's power the more you use it but I simply can't find a better word. I wanna go marry the person who did this drama's Music ! It fits every f***ing second of it ! Every scene ! Every move ! I seldom experienced such joy in K-Dramas, they simply do some background music and that's it but HERE it is different, it made it more of a symphony.
As one of the reviewers said I could watch this drama as pictures and music alone and still be satisfied ! It is that great.

Rewatch Value: I know I gave it a 10 but that's because I wanted to raise the Drama's ranking, I'm sorry for not being honest but there is a very good reason why.. Simply because now that I've watched it I know what's behind the corner in advance, no fun, this drama is all about surprises and unexpected turn of tables so it's very hard to watch again.

OVERALL: WATCH IT NOOOOOOOOOOOWWWWWWWWWW YOU WILL NOT REGRET THIS

I ACTUALLY COULD HAVE WRITTEN A REVIEW SINCE LIKE EPISODE 2 CUZ ONCE YOU SEE EPISODE 1 YOU'LL BE LIKE "O_O DAAAAAAEBAK.. I WANT MORE, GIVE ME MORE, MORE MORE MORE" IT'S THAT ADDICTING ... AND YOU JUST KNOW HOW EPIC IT'S GONNA BE BY WATCHING EP1 XD

PUT ASIDE THE FACT THAT I STARTED THIS DRAMA CUZ OF THE MALE LEADS (I REALLY WANTED TO SEE THEM TOGETHER EVER SINCE SECRET GARDEN)... BUT MAN THIS STORY IS AMAZING !!

LET ME GET INTO DETAILS:

CAST: NO NEED TO WRITE ANYTHING !! IT'S OSKA AND JONG SUK TOGETHER ! TOO EPIC ... PLUS THE FEMALE LEAD AND HER MOTHER ... JUST WOW !

MUSIC: SIMPLY FITS EVERY SCENE *____* IT'S AWESOME BECAUSE, I DON'T KNOW IF YOU'LL UNDERSTAND ME WELL BUT I'LL TRY TO EXPLAIN ANYWAY.. IT'S LIKE THE BACKGROUND MUSIC DOESN'T EXIST BUT YOU STILL HAVE IT'S EFFECT ACCORDING TO THE SCENE, YOU KNOW WHAT I MEAN?

wish there were more of this kind...
Actors are outstanding...fitting their roles perfectly, and acting skills are fantastic

The story was "Catchy" and interesting kinda unique in it's idea

Music was good but it didn't play a major role in attracting attention because our attention was alredy stolen >_
Was this review helpful to you?

First of all you should watch with the idea that this was originally a Manhwa in mind. Secondly, don't expect much romance between the lead characters, but when the romance actually happens, I assure you, your heart will beat 1000 beats a second xD the romance between the second male lead and IU is sure THERE.. like.. in EACH MOMENT LOL It's very heartbreaking though T^T ..

I love the COMEDY, made me fall off my chair sometimes xD I laughed so hard in this drama ..

This is a full story with different twists and very new ideas(don't listen to those who were expecting a Shoujo Manga).. some people were simply expecting a typical chaebol-looking-for-his-seat-and-fighting-for-the-girl-he-loves k-drama.. but nope this focuses more on the development of the main character Matte... HE'S THE ONLY ROUND CHARACTER IN THIS DRAMA WHICH IS SUPER INTERESTING XD If you know a bit of literature you would know that a round character is a character that changes as the story goes. Of course like all fan girls I wanted more Romance but I still loved how the focus was more on the plot rather than the romance.


Enough with the story xD

I drool at EXTRAORDINARY stories such as this ! I'm NOT exaggerating !

It had the Perfect elements of a story... Beginning, Plot and Ending... all in the right place at the right time with the right events ! A fitting ending that is EXTREMELY satisfying :3 I can go on about the story but you get it by now I guess xD

Like... Lee Hong Ki !!! How did his acting become this good? o.o
Yang Jin Sung !!! HOW THE FUCK DID YOU MANAGE THOSE TWO CHARACTERS ??? O.O
GIVE THE GIRL AN AWARD WILL YA !!
Strong second lead syndrome... great job Sung Hyuk *Clap*

Completed
Pinocchio
2 people found this review helpful
by will_corne
Other reviews by this user
Jan 16, 2015
20 of 20 episodes seen
Completed 0
Overall 10
Story 10
Acting/Cast 10
Music 10
Rewatch Value 7.0
*tells self to be calm while writing a review* I CAN'T BE CALM!!! DAMN!!

It's a drama which reveals new hidden secrets and information in each episode!! How exciting is that?!!

The story doesn't just end there at the climax and everything just starts to solve itself.. no.. even with the falling action after episode 10 secrets were still uncovered !!

How hard is it to give 10s these days? SUPER HARD! To the point where I'm not watching anything -.- Kdrama is going downhill, but THIS cam to the rescue...

As I said the story has SO much hidden around the corner, so many details and excitement. You are reminded of small details you never paid attention to at the beginning with bigger events and plots. It doesn't bore you out! An obvious 10 *-*

DAMN! THE CHEMISTRY! O.O PSH and LJS are made for each other !!

I hate Park ShinHye simply because she's too pretty and always steals my oppas (I can count TEN of them! both Korean AND Japanese!) but I can't not give her credit for how much her acting improved especially after that Heirs disaster *facepalm* she was a mess. Anyways, she passes this drama, thumbs up :3

Lee Jung Suk *-* DEABAK improvement !! From the rising star to the pro. His actions and expressions are becoming more genuine and precise.

Kim Young Kwang.. my crush since White Christmas has surely grown much more professional at what he does. He played the character way too well.

The MOST impressive though, Jin Kyung (In Ha's mother) you won't notice it at the beginning, but the contrast in the personalities sh'es playing is shown CLEARLY on her face in the last few episodes. SHE'S TOO GOOD!

Nothing on Music... It's Amazing but not Perfect because I didn't even notice it while watching.
My guess, the story is too intense to notice the music, but I must admit, the music blends in SO well with the events that you feel it instead of hearing it.. I TAKE IT BACK ! the Music is PERFECT!

Rewatch Value isn't much cuz you already know all the secrets and hidden agendas.. but I still would look up some Romance between the leads and watch on a nice free day to relief stress.. the chemistry IS that good!