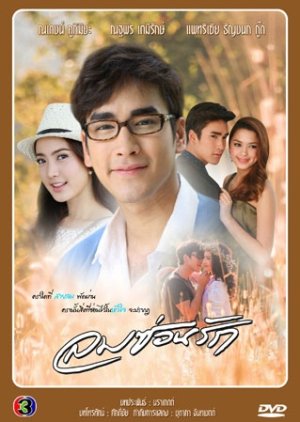 Nadech plays a twin; one is a doctor and the other one is a businessman. Each of them have their on love interest. Patarin is a young girl weak towards the world and thought that her boyfriend gave his love to her sincerely but realized she got deceived and was used as a tool. Now she has to pay for the things he left her to pay. One day she goes home to her birthplace in the countryside to rest and treat her deeply injured heart. Patarin meets and receives an offer from Pranon, a doctor who is an idealist to marry with him to deceive his parents in exchange for a large sum of money for her to pay off her debt. Nadech also plays the twin and businessman named Pran. Pran has his own loveline with Anna. Edit Translation 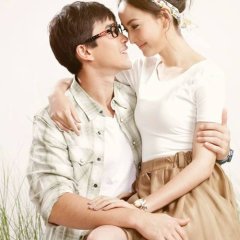 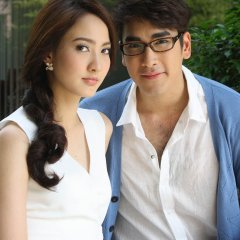 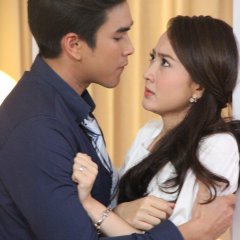 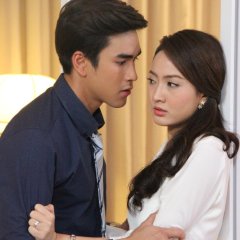 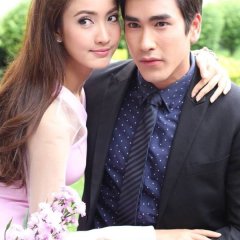 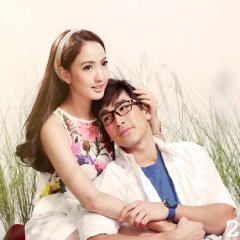 Completed
peachycal
18 people found this review helpful
Other reviews by this user
0
Nov 29, 2015
14 of 14 episodes seen
Completed 0
Overall 10
Story 9.5
Acting/Cast 9.0
Music 6.5
Rewatch Value 10
I think this is a really great drama! Unlike most of the other lakorns I've watched, this one did not have a crazy ex-girlfriend. The progression of how the main actor likes the main actress is very well-placed, and you can see how he gradually likes her more and more. Even though it was more of a contract marriage, the contractual part did not last long, and it is refreshing to see that the main actor already liked the girl before the contract marriage. It's also helpful that the scenes are filmed beautifully and the main actors/actresses are good looking. Overall, I thought the drama was well-paced, the characters were likable, and the storyline (even though it does have some flaws) was still fairly believable for a drama.

Completed
cira
4 people found this review helpful
Other reviews by this user
0
Jun 6, 2019
14 of 14 episodes seen
Completed 0
Overall 7.0
Story 7.0
Acting/Cast 8.0
Music 6.5
Rewatch Value 7.0
This review may contain spoilers
I liked this drama although I must say the dual identical character plots are difficult to portray for many actors. It started out with a solid plot line and the two main characters Doc ( Non)and Pat were engaging enough to draw you into the story. I find that Nadach's best acting occurs when he plays a character with some humor and vivacity for life. Doc is just such a character. Nat does a really good job playing Pat. Her emotions are very real when she is expressing the pain at being played by the other three main characters. The twin Pran, who represents the business end of the medical research business of their father's, is really flat. I think Nadach had problems trying to bring this character to life. This combined with Pat (actress) playing a boring narrow minded Anna made their relationship two dimensional and very lack luster.

I believe the plot for this story could have improved on the secondary character issue if they had the conflict between Pat and the twins specifically Pron. He could start out being that spoiled boy who wants Anna to himself but have him change while Pat cared for him. Her consistent care would reflect the love she has for the Doc and in that change his perception of what real love is. Pron could start out kinda trying to get back at Non. Hoping to make his brother feel what it was like to have Anna love Doc over him. It would also add to the tension. Can you see Doc watching hands tied as Pat is caring lovingly for his twin while knowing she THINKS it is him. This would definitely have made the story richer, more dramatic not to mention switch the love triangle of the twins and Anna turn towards Pat. That could have made the moments with Anna seeing this and realizing the value of the maturing Pron..so their relationship could grow into somthing a bit more believable.

Major sticking point for me. I am a behavioral studies graduate and my pet peeve is when the story line goes off point or the characters behavior does not match a realistic perspective. When Non is discovered by Pat, he says that he may loose Pat but at least the company will be saved. Ping! No way. Doc's character up until now was portrayed as not caring about the company but about patients. If he really loved Pat, he would NEVER say that!

Doc is quiet for much of the dialogue where Pat reveals that she knows he is playing Pran. Oh my heart fell at each word she spoke...the pain!! OUCH! You are going to tell me that Doc just stands there? Then Pat runs away to the mountain while Doc smiles and laughs at a presentation? He happily enjoys a meal with his brother and Father? Really?!! Not to mention that he stays away for 2 months after leaving our lead female torn to pieces? Big fail in the story for me. I think when she finds out she is pregnant, she should have left the mountain. If someone left me for two months I'd be long gone. Come on folks... She should have gone away and have him panic trying to find her. Pat should be in some small town doing accounting for some new handsome guy who own a tea/coffee shop and enjoying her pregnancy while Doc suffers. Make him feel at least the same level of pain he inflicted. He never really apologizes in my opinion. She told the truth even while she was helping the three co- conspirators while they remained silent. Pran and Anna NEVER apologize.

In the end, are Anna and Pran together or just friends.? You never know because they are almost devoid of emotion. 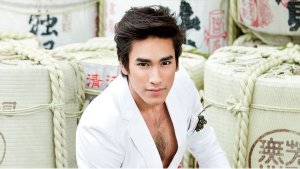