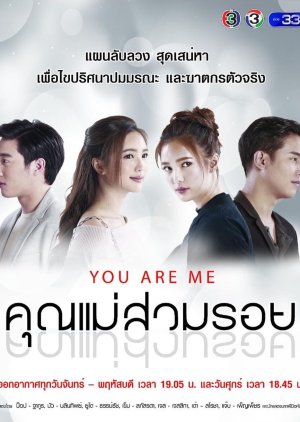 Sina, a professional stunt-woman, returns from America to find her identical twin sister, Siriya, a mother of a child from her already married lover Pipop and disabled from her waist below after a mysterious shooting attack. After Pipop's sudden death, her twin sister finds herself the owner of a large part of Pipop's wealth. However, Pipop's will states that in order for all of the members of the household to inherit their share of the wealth, her sister Siriya must marry his younger brother, Athirat at least for a year. If not, Pipop's entire wealth will be turned donated as charity. On a mission to find the person who made her twin sister disabled and keeps attacking her twin sister and with the help of the Sutharak's family lawyer, Kritt, Sina disguises herself as Siriya and moves into the Sutharak's house with her 2-year-old nephew, Kaosauy and her personal manager, Nuan. Under the disguise of her twin, she also decides to marry Athirat who is extremely suspicious of her from the beginning. Then begins a race to catching who the real villain is. Before they catch her instead. (Source: Soju at MyDramaList) Edit Translation 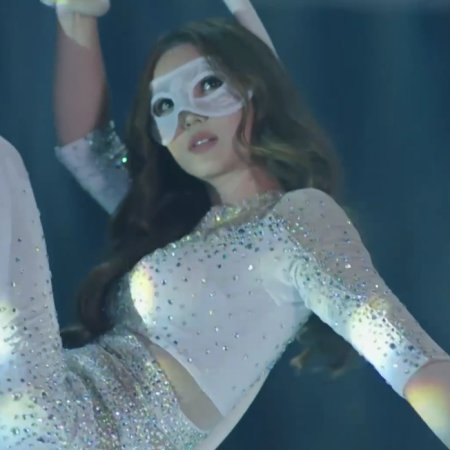 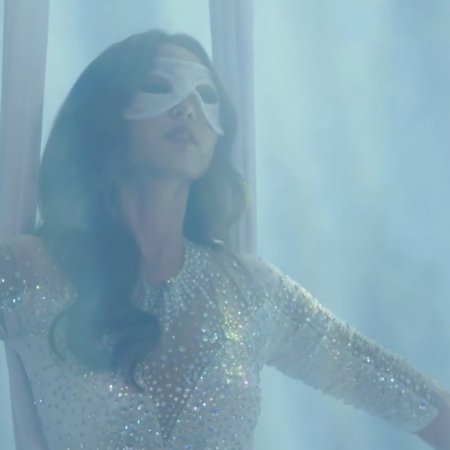 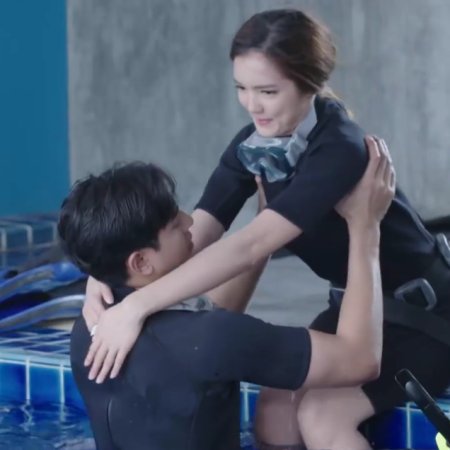 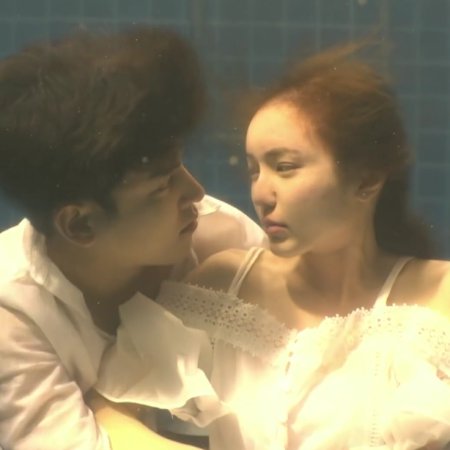 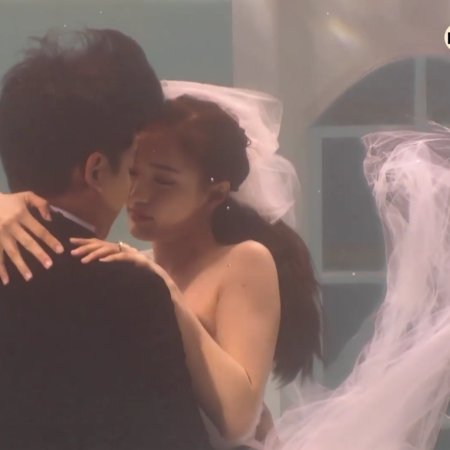 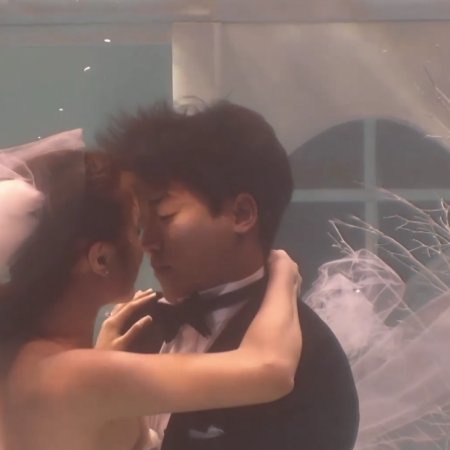 Completed
Patricia
20 people found this review helpful
Other reviews by this user
0
Mar 29, 2018
31 of 31 episodes seen
Completed 0
Overall 10
Story 10
Acting/Cast 10
Music 10
Rewatch Value 10
Lakorns sometimes have this gift of resembling telenovelas in a fraction of episodes, leading viewers to skip some of the meddlesome middle episodes to watch the ending. Khum Mae Suam Roy is not like that, it was riveting from beginning to end as it was not monotone theme wise and while the ending remains rather predictable – a good thing for those who like the closure the Thai dramas have accustomed us to – the Lakorn despite remaining consistently focused on the quest to solve murder/accidents, deals with a vicissitude of themes and issues on a parallel timeline: twin role switch, family fights for power and backstabbing, betrayals, impossible love stories, love obsessions and mistresses while drawing light to strong contemporary issues i.e. child abandonment; infertility, wheelchair bound and the psychological effects of those traumas.

The simultaneous narratives were really interesting as Thai Lakorns can be somewhat typical and standardized in terms of storylines and Khun Mae Suam Roy was anything but. Saying that I wouldn’t recommend it as a first Lakorn to watch for Thai drama beginners as it will build unrealistic expectations about them. This Lakorn is like an old Port wine, one has to wait to drink it in order to fully maximize the experience of tasting the wine.

The mysteries about who shot Siriya, who caused her lover’s death, who messed up with the car breaks to cause Sina (pretending to be Siriya) accident, who shot her, and the Cluedo guessing game kept raising an array of questions about the possible suspects and sending viewers on mental wild goose chases nearly until the end. For those that like mystery games, this drama is brilliant. For those that like lovey dovey enemies to lovers kiss and slap stories, they’re not is as large a supply. The relationship between Thi and Sina is intriguing and really captivating from the beginning but it’s a bit like climbing a mountain except that when you think you reached the top and the view can’t get better, you haven’t reached the top yet and the view will get tons better.

Khun Thi, the male lead has always suffered from abandoned child syndrome both physically and emotionally by his mother which have caused him a severe emotional trauma and scarred him deep inside his heart. It was a tough issue for a young child to deal with and one that has strongly impacted on him. He’s very loyal to his father’s family who have raised him but he’s still the son of a mistress and that knowledge has always waved itself invisibly over his head, hidden away in an emotional inferiority complex. His leading lady, Sina (pretending to be her twin sister Siriya to discover who shot her, making her wheelchair bound), on the other hand is rather normal; a hardworking stunt double who kicks ass and protects her sister. Their love story is cliché and the way their emotions and their struggles play are a like an elastic band constantly expanding and shrinking, standard but at the same time so real life and both Pop and Bua have a strong chemistry onscreen. I found Darika’s obsession with Khun Thi too paranoid but that’s Lakorn stereotypical.

The writers have done a brilliant job writing the Nat and Siriya/Sina and both Khem Rujira Chuaykua and Bua Ongumpai have done a great job bringing them to life. Nat is the scorned woman who feels that her infertility caused her husband to fall for Siriya, who bore him a child and as a consequence had made her live in agony for years. Wanting to be a mother and being unable to, wanting her husband’s love but being scorned by him is something that many women can empathise with and can understand too well. As a result of those issues Nat battled depression, low self-esteem and extreme stress. Siriya is the eldest twin and the weakest one. She’s so meek and calm all the time making her look way too insipid and pitiful as she always comes across like a damsel in distress who needs to be rescued by her knight in shining armour. This makes her annoying as a character. Sina on the other hand is completely the opposite and that’s what makes her interesting, her Spice Girls, girl power attitude. The twins are so utterly simple, so devoided of complexity which is interesting as the story doesn’t need them to be multi-layered. The writers did such a great job in keeping viewers guessing, double guessing and questioning things all the time that when the Lakorn ended there the Suttarak family has finally got a sense of understanding about what happened, why it happened and was finally able to move on from that.

I liked that Khun Mae Suam Roy as a Lakorn is very well written and that the story is organic, flowing without a lot of dull or unnecessary moments. The storylines have purpose and are intrinsically connected; in one way or another they add substance to the development of main story arch which in itself is an achievement. The actors played a huge role in that but it’s easy to perform well with a great script that deals with contemporary issues relevant to current society.

I loved the romance, how the love story developed and how the drama production team gave viewers an entire episode dedicated to it. It was amazing, particularly how Thi played with the cards that were dealt to him and how, despite the denials and his own internal battles, he has overcome them and gave himself the chance to be happy with the woman he loves, freely and without reservations; but for me despite loving the romance, Khun mae suam roy was not about it, it was about the fight for justice and for a chance at happiness, underlined by a revenge plot, emphasized by a beautiful soundtrack. Roses have thorns.

For all of the above I am giving this Lakorn 10 points out of 10.

Was this review helpful to you?
Completed
Ana Paula Cionci
13 people found this review helpful
Other reviews by this user
0
Mar 30, 2018
31 of 31 episodes seen
Completed 0
Overall 9.0
Story 8.0
Acting/Cast 10
Music 10
Rewatch Value 10
First of all I want to say that people will really hate the whole plot about "who killed Pipop and who shotted Ya", and they will probably will not like Ya and the way Nat (Pipop's wife) was treated. Probably you will think that the scenes between Na and Thi were not enough (and that's because they are really amazing together so you will think that only them matter). The couple has an absurd chemistry, the actress who makes the protagonist can make two characters with mastery (to the point where most people love the protagonist (Na) and hate the boring sister, Ya). But the opinion about the female protagonist is divided because she has a strong personality and she doesn't hesitate to bring justice for what happened to her sister. So some people will hate her, but for me she was right in defending her sister (even if her sister does not deserve) because that is what you do for the people you love (some people could say: but it none of her business. Yeah, but what would you do if someone shotted your sister (or anyone in your family), would you say is none of your business?). And that's why I do not blame her. She may be impulsive and commited, but she is also brave and not only when we talk about the fighting scenes where she is awesome, but when she does something wrong, she admits the mistake and apologizes without hesitation. She is always ready to give up on something because of someone she loves. And that's why she cannot be crucified. The main character is a hero, he is always trying to do the right thing even if he does not agree. The main character is a hero, he is always trying to do the right thing even if he does not agree. He is fair and it is interesting that even when he does not like the lead girl, he is always trying to protect her (even when he is angry to her). He is the kind of guy you would want to meet and he is a perfect son and brother. He always see the two sides of the same coin, even when it seems impossible. Moreover, he is not afraid to face everything and everyone for what is right (at this point it is even similar to the protagonist). They both are very similar and maybe that is the fact that has made the couple so well accepted. They fought a lot, however their fights were mostly silly discussions that soon passed into the scope of the comedy, you could see from the beggining their love for each other (they never hated each other completely). At the end of the day, this lakorn has many reasons why you should not watch this, but at the same time you will want to see only to follow the progress of this couple that was undoubtedly incredible. Besides that, the OST is wonderful and addictive, worth checking out! PS: final was pretty cute and left nothing to be desired. 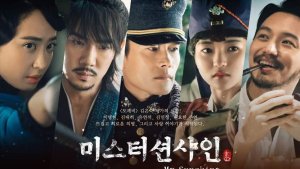