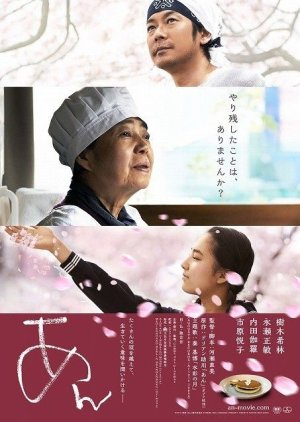 Sentarou was released from prison. He eventually became the manager of a dorayaki bakery store. An older woman, Tokue (Kirin Kiki), is hired to work the Dorayaki store. She makes the sweet red bean paste that fills the dorayaki. Her sweet red beans become popular and the store flourishes, but a rumor spreads that Tokue once had leprosy. Edit Translation 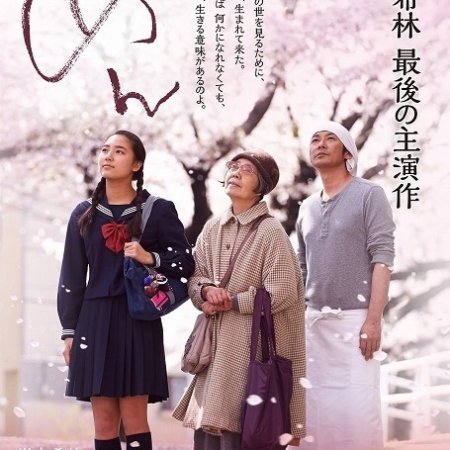 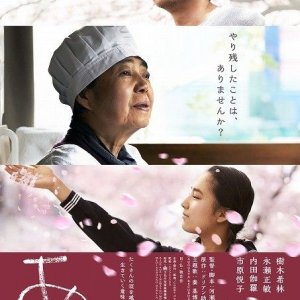 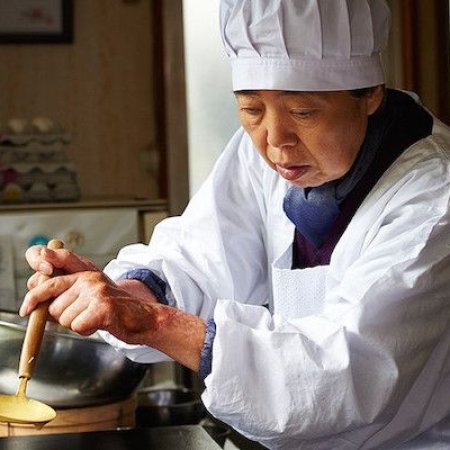 Completed
realdeal
18 people found this review helpful
Other reviews by this user
1
Jun 8, 2016
Completed 1
Overall 10
Story 9.5
Acting/Cast 10
Music 8.5
Rewatch Value 10
When it comes to slow thought provoking films there is no better country that produces films like this than Japan, and there have been two directors that are front runners in this kind of genre which were Koreeda and Kawase. Both have similar styles but if you look closely koreeda films were tied with family while Kawase films were tied with how humans were connected with nature. Having said that, this film by Kawase is such a compelling film but compelling might be an understatement and strong might be a better word to describe it.

Well the story is simple a guy bakes pastries for a living, selling them under these beautiful cherry trees, in a street side shop that he doesn't own. He is somewhat unhappy with his life, because of certain events in his past. One of his close customers is a middle school girl who is also troubled by her relationship with her mother. One day an old lady appears and asks if she can be a part timer in his shop, he politely refused because he thought she could not do the job, but the old lady keeps coming until he accepts her when he has tasted her red bean paste. It is the word of mouth about Sentaro's improved Dorayaki that makes people mob their shop, but it is also the reason why the shop became deserted. At first the movie seems it is about food as you witness how much time is needed to prepare the perfect red bean paste. Until you reach into a point where you realize there is much more to it and the main point of the movie is so strong that might leave you in tears. Aside from how people were connected to nature, which was Kawase's trademark, there are also 2 main points the director wants to convey, which were "the stigma of leprosy" and "the value and meaning of life", the former is the most captivating but I find the latter rewarding.

Kawase as a director is always been impressive, her eyes and ears for films is in my opinion, unmatched. Her visuals as she captured those nature shots and blends it well with her poetic dialogues were very much engaging. Her camera work that sometimes would make you feel that you were watching a documentary was able to show the emotions of her characters perfectly. The way she captures background sounds works well for what she have, her canvass, and that would make a certain scene so poignant.

I've already said eyes and ears but now I will talk about the feels which was missing from the recent movies I've seen from her.


"we want to live in society where the sun shines"

If a single quote can knocked you off your feet, this is it, perhaps the most powerful quote I've encountered watching a movie. This quote left me bawling for tears literally, as the scene after this quote had been said were directed perfectly. The emotions that the director is trying to convey goes to me, it did hit me as it clearly show that the stigma on people who have this disease is still happening even though that Japan have already removed them from isolation since 1996. I even felt guilty that I might probably act the same way towards her like those customers and even Sentaro himself. We are only human, we only judges person based on their looks.


The acting, Nagase Masatoshi, this is the first time I've seen this actor that has this tadanobou asano-ish aura, well it may be disrespectful to addressed him this way, but I was impressed with him. He was able to show the struggles of his character in subtle way but what I was really impressed is his scene during the end. Uchida Kyara, who is kirin kiki's real granddaughter shows some promise although not to the extent of how jun yoshinaga impresses me, she managed to somewhat stick and not falls off just as a background character cause among the 3 characters , her character has less emphasis. Then its kirin kiki, who makes the time flew so fast, cause I was captivated by her acting the whole time. No need to pity her character, her character is already done with that pity phase. It is her character whose last purpose is to enrich the lives our other 2 characters, to show them that we were born into this world to see it and listen to it, since that is the case we don't have to be someone, that each of us has meaning to our lives. Kirin kiki has been the best Japanese actress for me since that time I saw her on akunin. She has done performances that melts your heart from movies chronicles of my mother, akunin, Tokyo Tower: Mom Me, and Sometimes Dad. You might just recognize her on supporting roles and that might be enough to call her great actress, but if you really want to see what she's capable of as an actress you need to see her in a main role.

Completed
Eternalpoem
7 people found this review helpful
Other reviews by this user
0
Jun 10, 2016
Completed 0
Overall 10
Story 9.5
Acting/Cast 10
Music 10
Rewatch Value 9.0
An: Sweet Red Bean Paste captures both the slice of life/drama genres in such a heartfelt and poignant way that the movie will stay with you for a long time after watching it.
Through its long, artful scenes, few characters and thought-provoking themes, the film depicts many aspects of Japanese culture- the good and the bad- in a way that is sure to leave an emotional impact on the viewer.
I watched this movie simply going off the short summary provided, and it brought far more than I would have imagined. What starts off feeling like a safe and secure story develops into something much more enriching and thoughtful. It touches on themes such as societal stigmas, the value of work ethic, finding meaning in life and appreciation for nature.

The story is brought to life with a fantastic cast. Each character feels so real due to the great acting in this movie, especially in Kirin Kiki's portrayal of Tokue the old lady.

The beautiful soundtrack is a perfect companion to the constant nature imagery and compliments the main message of the movie.

In terms of rewatchability, I felt like re-watching it immediately after it finished in order to grasp more of the deep-rooted messages it leaves you with. But with only one viewing enough is absorbed to leave you feeling thoughtful.

Overall, this was a wonderful inspiring film that I'm so happy to have watched. It's made me consider aspects of both Japanese and modern society that I otherwise wouldn't have though about. It's no wonder that it was featured in the Cannes 2015 film festival. I would highly recommend this film if you feel like watching something touching and deeper than your standard drama or movie, or are interested in seeing more sides of Japanese society/culture.