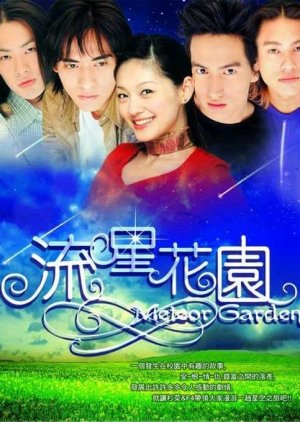 Shan Cai, whose parents are far from wealthy, attends Ying De University, the private school established exclusively for rich students. Besides being looked down by rich classmates, she has angered the leader of F4, Dao Ming Si. F4 comprises of Dao Ming Si, Hua Ze Lei, Xi Men, and Mei Zuo, who are the heirs to the four richest families. Their families are the founder of the school and nobody dares to cross them. Shan Cai isn't afraid to stand up to DMS, an act that nobody has done before, and sparks Dao Ming Si's interest in her. However, his constant torture of her has made her miserable while she falls in love with the gentle Hua Ze Lei, who comes to her rescue. Can Dao Ming Si win her love despite his cold and cruel exterior? What happens when his mother decides to use every trick there is to keep them apart? Can they adjust to each other's differences due to their vastly incompatible social status? (Source: Dramawiki) Edit Translation 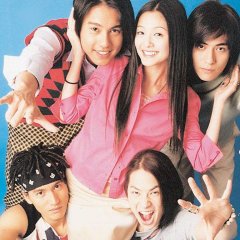 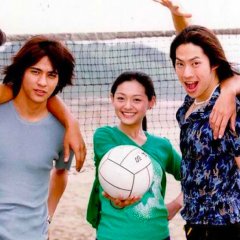 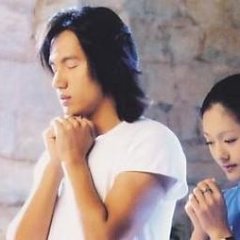 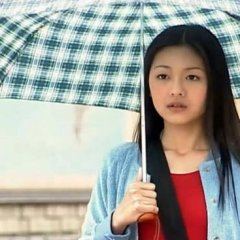 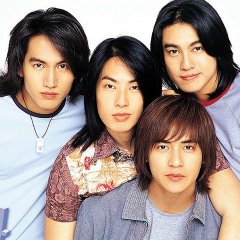 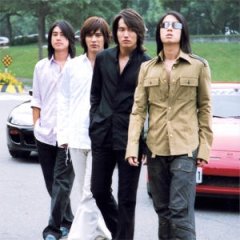 Fact is, for once I've decided to write a review which is very personal and not at all objective. It's based upon the emotions it gave me, not the cinematographic quality of the drama.

Also, I think it's necessary to say that among the 3 versions of the same story, this was the last I watched, despite its being the first live-action based on the popular manga.

And while I consider the Japanese version the best one regarding acting and music and the Korean one better in terms of photography, colours and characterization, I'm ready to face criticism and admit that the Taiwanese version was the most satisfying to me on a romantic level.

The chemistry between Shan Cai and Dao Ming Si is what makes this into a worth watching show. For the first time, I was not rooting for the heroine to end up with the second lead, but for the main couple to finally be together. While watching hana Yori Dango and Boys Before Flowers I found myself constantly thinking: throw that arrogant brat away and choose Rui, or Ji Hoo!

You are allowed to laugh.

I ascribe this to the actors and the way their interactions were portrayed.

While Shan Cai can be annoying at times, she is a consistent character and once she finally realizes who she loves - it takes her some time - she is truly convincing. The same can be said about Dao Ming Si, whose candour as a besotted lover is quite endearing.

Therefore, although I recognize this show is pretty cheap when it comes to costumes, screenshots, photography and overall acting, I still have a fond memory of it and will probably rewatch it in the future.

Completed
Crazy4You
27 people found this review helpful
Other reviews by this user
0
Jul 9, 2011
27 of 27 episodes seen
Completed 0
Overall 7.0
Story 7.0
Acting/Cast 8.0
Music 7.0
Rewatch Value 6.0
Out of the 3 versions of this story, again this was the last one that I got around to watching. The japanese version being my first, will always be my favorite because it's the one that hooked me onto the series to begin with (as well as Arashi / MatsuJun (: ). The Korean version I watched after I read the manga, and although I thought it was a good series by itself, I felt it drifted far off from the manga, and even the main characters seemed to be separate characters. After watching Meteor Garden, I would say I liked this one better than the Korean version.

In the earlier episodes I felt MG did a terrific job on basing it off of the manga. It's expected that there has to be some variation, but most of it, I felt, was right on. As the show progressed, MG started to develop into it's own story. Not to say that it drifted far off, but events were done differently. Through it all, I felt the actors did a good job as the characters. Dao Ming Si's character acted like the original Domyouji, with minor differences. Shan Cai's character was bull headed like the original Tsukushi, hiding her own true feelings even from herself. The rest of F4 was portrayed well.

When I first started watching this show and saw F4 I wasn't sure how I was going to like them. Dao Ming Si and Hua Ze Lei fit Domyouji and Rui well, but I wasn't sure about the other 2. Mei Zuo as Mimasaka even fit, but Xing Men took me a while to get used to. As Nishikado, he looked different. But at the end I found myself liking him as his character. True I liked the japanese F4 better, and even Kim Bum as Nishikado better, but for the Taiwan version he played his part well.

They only had 2 songs in this drama, the opening and the ending. The opening song "Qing Fei Te Yi" (Can't Help Falling In Love With You) they played throughout the drama. It might just be me, but the song didn't get on my nerves.

For a drama that came out in 2OO1, I thought it was really good. You have to keep in mind while watching it that it came out 1O years ago, so of course fashion and technology is going to be different. The cell phones aren't as advanced as they are now. The filming for the show isn't as high quality as it is for new shows. That aside, I think it's a show worth watching. I really think that if I hadn't of seen the Japanese and Korean version I would've liked this drama a lot more. Because this was the last one that I watched, and I'd already read the manga, I found a lot of it predictable. The ending I felt was cute. I'm not sure if I'll watch the 2nd season yet, I'm still debating.

Ohh another thing I liked about this drama was how it included characters such as QingHe (Kazuya in the manga) who were eliminated in the other dramas. 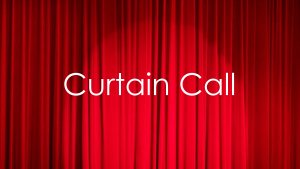