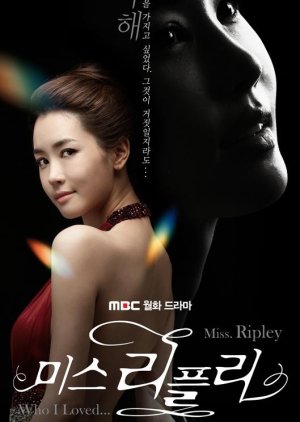 Two very different men fall in love with Jang Mi Ri, a woman whose life is a complicated web of lies, propelled by her greedy desires that stem from an unfortunate childhood. Jang Myung Hoon is an ambitious hotelier who maintains perfect control of himself and his life, while Yutaka is the warm and gentle heir of a Korean-Japanese hotel conglomerate. Their love for Mi Ri and her tragic ambition eventually leads them down the path of destruction. Miss Ripley is based on the real life case of Shin Jung Ah, a university professor and art curator at Dongguk University who was discovered to have forged her creditials in order to get hired, with the help of her boyfriend (then presidential secretary) Byun Yang Kyoon, and embezzled funds from the art gallery's corporate sponsorship. Edit Translation 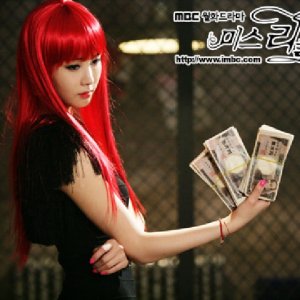 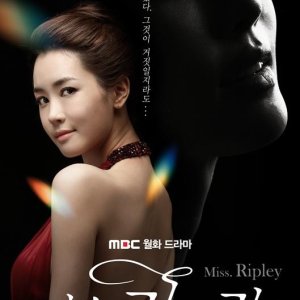 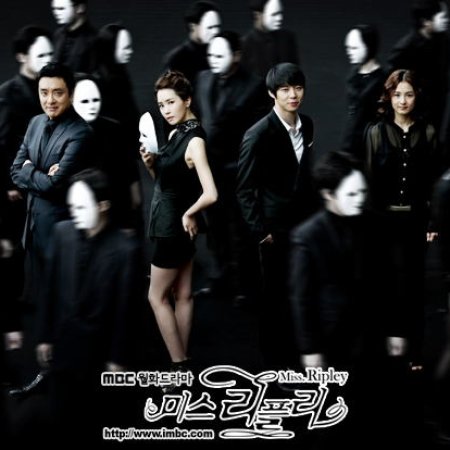 Completed
boredandtwitchy
18 people found this review helpful
Other reviews by this user
0
Jul 26, 2011
16 of 16 episodes seen
Completed 0
Overall 7.0
Story 7.0
Acting/Cast 7.0
Music 2.0
Rewatch Value 1.0
What Miss Ripley excels at is the build-up. Jang Miri escaping her life in Japan; her desperation palpable in her wild eyes as she tells the Lie; witnessing her descent as she steals (both diplomas and hearts), lies, schemes---the first half of the drama is absolutely gripping. Miri is the perfect anti-heroine, someone whose face you want to claw each time she tears down naive Hee Joo, while at the same time being someone you root for as she forges documents from Tokyo University and faxes them to her employer. The character of Jang Miri is a wonderful study of a delusional sense of entitlement, and Lee Da Hae did a decent job of portraying Miri's vulnerability and ambition (even if Da Hae tends to act by opening her eyes wide, gasping, and shuddering for every. single. emotion.).

Unfortunately, I felt that as Miri's tower of lies began to falter, so did the intensity of the show. (Perhaps the story was water-downed by Miri's incessant tears?) Characters who were posed to be major threats to Miri during the first half of the show suddenly became utterly ineffectual; no doubt in my mind this is attributed to the story's emphasis on romance toward the latter half. Supposedly, it's love that will redeem Miri in the end, but I found this to be unconvincing, sappy, and a bit incongruent for a show that began with such a dark tone. However, I can't deny the power of love in this drama---it compelled nearly every male character to run with hammer and nails in hand in order to nail themselves to Miri's cross on her behalf. Scratch that: I can't deny the power of a pretty face in this drama.

A special note has to be made of the music here. Which was AWFUL. Violins of Doom; Piano of Remorse; overuse of the opera Carmen (it wasn't particularly clever the first time); funeral march played during an engagement announcement (and many other...unique...music cues); music volume overpowering the drama. This was an almost constant distraction and source of much laughter.

Give Miss Ripley a try. If you make it through the absurd coincidences and soundtrack that mars the first two/three episodes, you'll find yourself ensnared by the labyrinthine psychology of Jang Miri, cheering for her, jeering her, distrusting her, pitying her. However, be prepared for the roar to end on a whimper.

Completed
HAVA-RAVA
13 people found this review helpful
Other reviews by this user
0
Aug 10, 2012
16 of 16 episodes seen
Completed 0
Overall 8.0
Story 9.0
Acting/Cast 8.0
Music 10
Rewatch Value 3.0
At first I tell you why I decided to watch this one. Like many others I started this for the same reason: Lee Da Hae and Micky Yoochun. I know it's a shallow reason to start a drama but I'm glad I did.

I started this one in May this year (2012) and marathoned first eight episodes at one go. Then my laptop started to have issues and I was without a laptop for last 2 weeks of May. At the beginning of June I got new laptop and watched other dramas.

Then one day I decided to get back to this one and watched 1st part of ninth episode. I lost interest to this show EVERY time I tried to watch episode nine. I tried to watch that episode for so many times that I don't even remember.

And finally this week (in August) I picked this up again and continued from episode 9. Then 10 and 11. After that I knew I would finish this in no time. After episodes 12 and 13 I was really hooked. And today I finally watched episodes 14, 15 and 16.

This drama basically is a drama that has really amazing and strong start and it gets somewhat boring in the middle. Then after episode 10 it gets really good.

If it wasn't for the strong beginning and superb last 3 episodes I would have given this 6. But thanks to those 2 things I gave this 8.

In my opinion this had a perfect ending. It was a bit rushed but I think it was still perfect. It was different from your usual romantic drama.

Watch it and let me know your thoughts ~~ 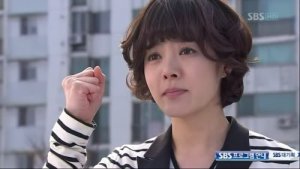