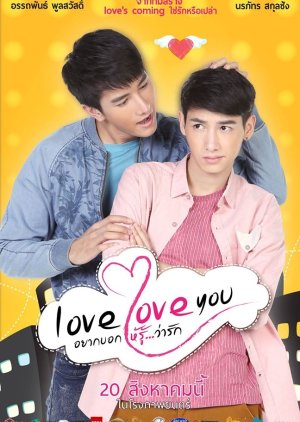 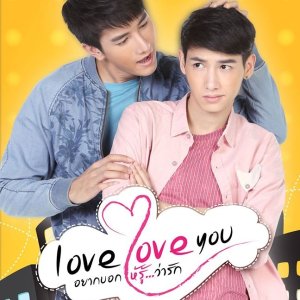 Completed
TianQi
9 people found this review helpful
Other reviews by this user
0
May 2, 2017
Completed 0
Overall 10
Story 8.0
Acting/Cast 10
Music 6.0
Rewatch Value 10
First of all, getting any number of sequels to a BL movie is always special, so I'm grateful for that. Otherwise, this movie was great. It was as light-hearted and cheerful as the first one. The characters develop a lot from the first movie and the new characters add to it. Like the first one, the dramatic element isn't over the top, but the story still keeps your attention well...and if the story doesn't, the eye candy will. There's also a pretty decently executed comedic element to this by way of the mom and the two supporting characters Zee and Pid. Loved "Love Love You" and I'm so glad the nearly two-year wait is over.

Completed
KainGuru
5 people found this review helpful
Other reviews by this user
0
May 5, 2017
Completed 0
Overall 8.5
Story 8.5
Acting/Cast 9.0
Music 8.0
Rewatch Value 9.0
STORY: *BL Romantic Comedy* Gump and Nai have been in a relationship for about a year. Now, Gump has to move in with another guy while attending the university and Nai's old high school flame returns back from China and moves in. Relationship troubles ensue.

ACTING/CAST: Cute cast and I'm a fan of Gun (Poonsawas Atthaphan) so kinda biased. They did a nice job. The kissing was kinda amateurish and juvenile, except for one midway through that I can't spoil for you.

MUSIC: I liked the music, especially the one for the credits. No song was English subbed in the version I saw.

REWATCH VALUE: Yes, it's cute with a sappy ending. I'll watch it again with a friend, and probably again just to watch the cute actors, especially Gun.

OVERALL: Cute BL romcom that can be slow paced but safe (nobody dies, no major catastrophes, etc). Only thing that annoyed me is that they've been together for a year now and Gump is coy about being kissed (unless drunk)? Bah.

NOTE: In the bundled special edition, DVD 2 contains a photobook (24 pics), an interview, music video, teaser, and trailer; only the trailer is subbed. The MV is SOOOOOOOOOOOOOOOOOOO CUTE! SQUEE!