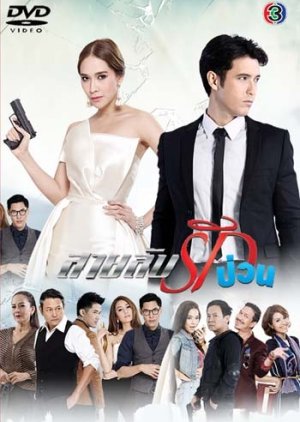 This story revolves around a married couple, in which the husband is an undercover cop. Edit Translation 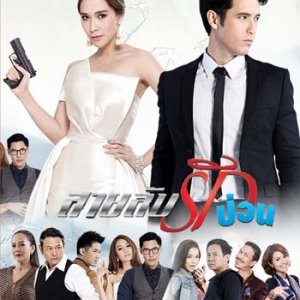 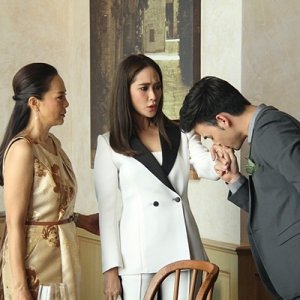 Completed
nastou19
8 people found this review helpful
Other reviews by this user
0
Feb 7, 2017
14 of 14 episodes seen
Completed 0
Overall 9.0
Story 7.0
Acting/Cast 8.0
Music 7.0
Rewatch Value 7.0
Why a 9/10 ?
It's one of those feel good drama. This lakorn would definitely need a parody tag (spy genre mainly). Yes, the best way to describe this is a parody. And you have to watch it this way to truly enjoy it. When I first read the synopsis, I feared there would be little to no romance. It's actually quite the contrary. Ran and Din are very sweet together, all the more after they marry. Romance is central in this action and comedy drama.

Parody: spy genre
The couple meets in the first episode, so Din still has to seduce Ran. For that, he uses all kind of tricks. On that note, the police devices could easily earn this lakorn a science-fiction tag! And once they marry he still has to hide his identity. This leads to a lot of misunderstandings, funny and stressful alike, which could be dangerous given his job. But don't worry because Din is a super-cop. I mean, he can fight and still call his wife while evading gunshots! Also, sometimes criminals just act so stupid that it's funny.

Parody: romance
On the romance part, it's the same, also a parody. The evil mother-in-law tries to get her daughter to break up with Din. Usually, she'd stop when the two lovers marry, right? Not here. She tries to get her daughter to DIVORCE him, LOL. She's dead set on finding another potential son-in-law who would agree to seduce a married woman. Nothing could stop her.

Side characters
I liked them all, even the bad guys. Not one of them was boring, which was a first for me. I did notice their stories often were more developped in thai dramas, it's especially true here.

Overall
This was truly an enjoyable lakorn. I'll recommend it to anyone who is in a bad mood. Sometimes, I did fast-forward a little because of a flashbacks overuse in some episodes, mainly the last one. Usually, I end up rating romcoms between 7 and 8/10. If this one is an exception, it's mainly for one reason : I laught a lot.