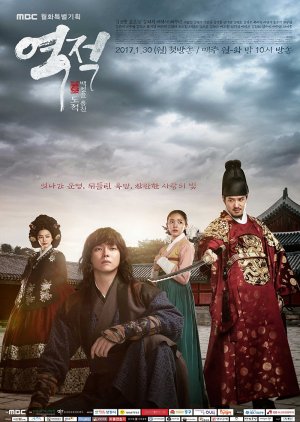 “The culprit who is posing as a royal official is not stealing wealth. He is stealing the hearts and minds of your people, Your Majesty.” There was a divisive figure in the Joseon Dynasty who was a hero to the people but an enemy to the establishment. His name was Hong Gil Dong. King Yeonsangun had royal lineage but was reviled by his people while Hong Gil Dong was born as a slave but succeeded in winning over the hearts of the commoners. The struggle between these two men demonstrate the qualities that a true leader needs. This TV series portrays the life of Hong Gil Dong who survived in a hostile and tyrannical kingdom as he waged a fight against the powerful elites. (Source: MBC) Edit Translation

Where to Watch Rebel: Thief Who Stole the People 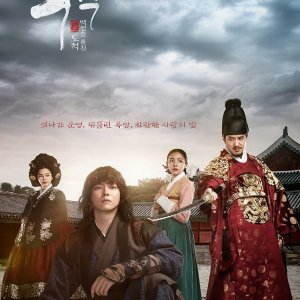 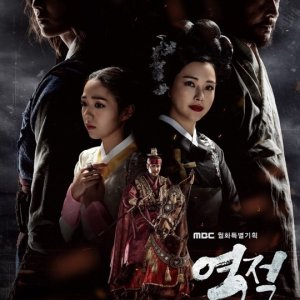 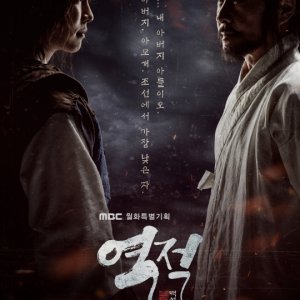 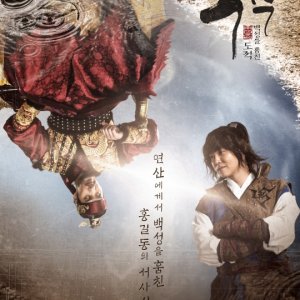 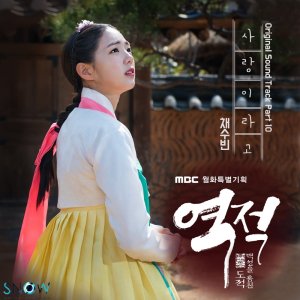 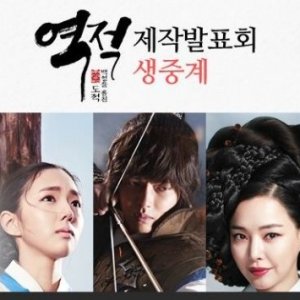 Completed
xXabsintheXx
69 people found this review helpful
Other reviews by this user
5
May 17, 2017
30 of 30 episodes seen
Completed 5
Overall 10
Story 10
Acting/Cast 10
Music 10
Rewatch Value 8.5
After finishing Rebel, it feels a little difficult to organize my thoughts and write a review that truly honors this wonderful drama.

I went into this, not knowing what to expect. There are many sageuks that sound promising but disappoint you utterly. And then there are those who start slow but grow to be one of your dearest gems. Rebel definitely belongs to the latter. (At this point I also have to admit that I still haven't watched Six Flying Dragons. But I will definitely catch up with that one soon.)

Many people know of the story about Hong Gil Dong and there's already another drama addressing this character. But I had no idea. That's why it's even more funny that while I was watching this, it constantly reminded me of Robin Hood. Thanks to my comparison someone told me that it's indeed based on that legend - or rather it's basically the Korean version.

So, why did I like this drama so much?

1. First of all the story combined with its characters.
I always have to mention that together because one part doesn't work without the other. I do think the story is pure gold. Well, nothing new, of course, but the way it's written and the way its characters are acting and growing, left me speechless so many times while following every new turn of events. What I also really loved was that you will never be left in too much agony. Of course, this drama has its sad, its heartbreaking moments, too. But despite their misery, I never felt uncomfortable or frustrated about it. Why? Because every event had its reasoning. It was such a well thought-out net of actions and inevitable consequences that made me unable to be angry at somebody or something. I did hate a bunch of people, but the writing managed to make even those bastards palpable and well-founded. The best part though was the close follow-up of injustice and justice. You might feel angry at some point but right the next minute you feel relieved and satisfied. It's rewarding (for you and its characters equally).

2. Camera. The way it was shot. Cinematography.
There are so many beautiful scenes, not only of the people but also of landscapes and important scenes that just underline the impression of each and every moment.

4. Acting.
Magnificent through and through. From leads to supports to guest appearances. The first one to mention here is Kim Sang Joong. His portrayal of Ah Mo Gae is perfection. You see him loyal, you see him weak, you see him angry, you see him desperate and you see him loving. And! You see him strong and determined, rising from the bottom. He's smart, he knows how to talk to the people and be a leader. KSJ's Ah Mo Gae paves a large path for this drama and is the first step to be sucked into this story and not being able to leave again.

After him, of course, Yoon Gyun Sang who plays Hong Gil Dong. As I said before I haven't watched SFD yet, so I didn't know what his acting is like. But man, this guy can act! It is such a pleasure to see a well written character and an actor who can pull off such a role. Showing the character's different stages, his struggles and growing of mind. What amazed me the most was how he was able to make me believe that Hong Gil Dong is indeed Ah Mo Gae's son. There's this special thing he does with his voice (again one of those details)... The way he starts talking after awhile - like father like son.

Kim Ji Suk. Maybe his best role so far. Playing such a complex character as the king and doing such a stunning job with that task, is definitely something not everybody can manage.

Shim Hee Seop aka Gil Dong's hyung. The hidden treasure and such a surprise. Haven't seen him before but he nailed this performance. Never loved a side character more.

Chae Soo Bin, Lee Ha Nui... Two great actresses playing two completely different yet marvelous women. I don't want to let out any actor/actress, but it would be too boring to list them all. I still have to mention how visible their efforts were and how they added to a more perfect overall picture.

6. Music.
Isn't it rewarding to watch something interesting and then the music starts and within seconds captures you and never lets you go again? Rebel has such a haunting score and soundtrack. It fits in every scene, strengthens or lessens every respective moment and mood.

If you want to enjoy a well written drama with outstanding actors and characters, you should definitely go for this one. Highly recommended.

Completed
Pliuzz
28 people found this review helpful
Other reviews by this user
0
May 17, 2017
30 of 30 episodes seen
Completed 0
Overall 10
Story 9.5
Acting/Cast 10
Music 9.5
Rewatch Value 9.0
It's not blood that tells you who your family is. Family is the people who will fight alongside you, care for you even more so than for themselves and will put everything at stake for you. That is what this heart wrenching, sometimes tragic, beautiful drama teaches us. It's a  satisfying watch that shows you what loyalty truly is. The story is deeply moving and will affect you in more ways than you thought possible.
It begins while Hong Gil Dong is a child, and moves along through the trials he faces throughout both his childhood and his adult life. The writers really know how to inflict an emotional response on their audience whether it be standing up and cheering for the good guys or ugly sobbing into a blanket. This drama is strongly written, with many impactful and symbolic scenes. It is story of the revolt against the rich that makes you pour (no pun intended) your heart and soul into rooting for Hong Gil Dong and his group of rebels. The bond between the rebels is thicker than even blood, and their loyalty towards one another is without a doubt one of the most intensely heartwarming things I've seen. It begins with backstory that may seem very slow, but if you stick with it, it will make the story that much more powerful later on. That said, I've taken half a point off (9.5/10) because a handful of episodes do have a slower pace, but it definitely did not drag or become uninteresting.
The acting in this drama was phenomenal. This drama made me believe, and I think that's the most crucial part of it. The casting was absolutely perfect. The child actors looked very much like their adult counterparts and had acting abilities that were well beyond their age. Kim Sang Joong gave such a raw performance as Ah Mo Gae and perfectly captured the essence of his character. I had watched Yoon Gyun Sang in multiple other roles, but this role is where he truly shines. I believed in his motives, his emotions, and as another reviewer mentioned, the fact that he is Ah Mo Gae's son. I would also like to mention Kim Ji Suk who did wonderfully as the tyrannical king and brought a lot more substance to this role than any of his previous works. The music in this drama is very special to me.
The OSTs are not the typical kdrama OST, rather the songs sound very traditional. They add so much emotion to the scenes, and truly captured the spirit of the rebels. The romance, I will talk about as a separate topic. It starts off slow, and the chemistry between them is minimal, but as it progresses it will hit you like an arrow (a reference). It is so intense and pure and overflowing in believability. Not going to lie, their romance has made me shed tears. It is definitely a drama to rewatch and will remain as one of the most memorable ones. This has been a powerful and emotional journey that will stay with me for a long time. I think it's very underrated, and if you're wondering whether to watch this, I wholeheartedly recommend that you do!