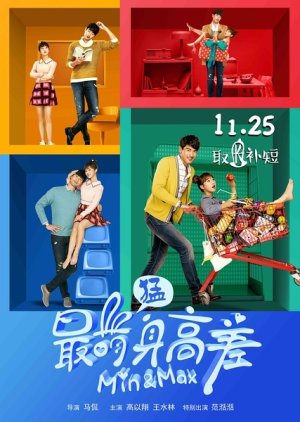 Zhang Xiao is handsome, tall, and an extremely talented photographer at his university where all the girls fall for him. Xil Ling, known as an infamous tiny girl great at karate and 4 times in a row game championship winner, attends the same university. Zhang Xiao takes an interest in Xil Ling as a potential model for his photography, but they always fight every time they meet and quickly become dually infamous at their university because of their stark height difference while competing against each other in a basketball game. Slowly, Zhang Xiao begins to fall in love with Xil Ling, but Xil Ling has a secret... Will Zhang Xiao be able to win Xil Ling heart? Edit Translation 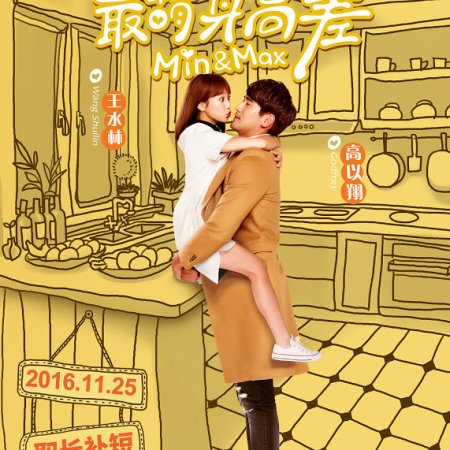 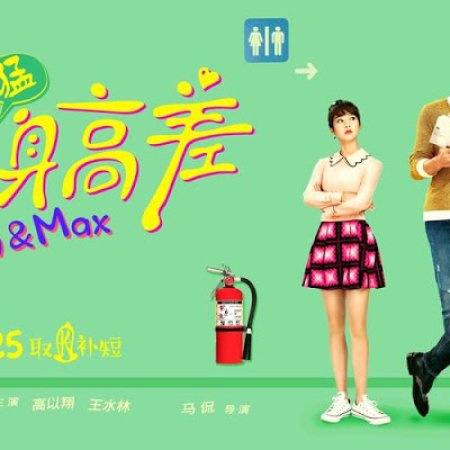 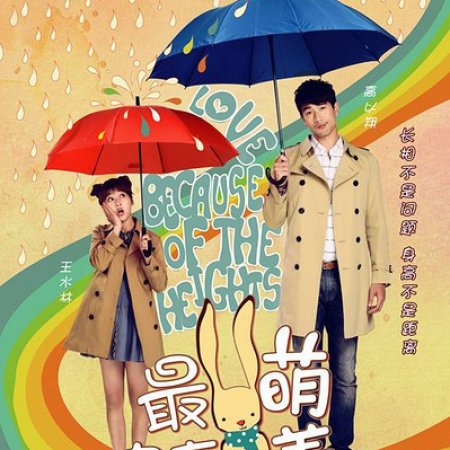 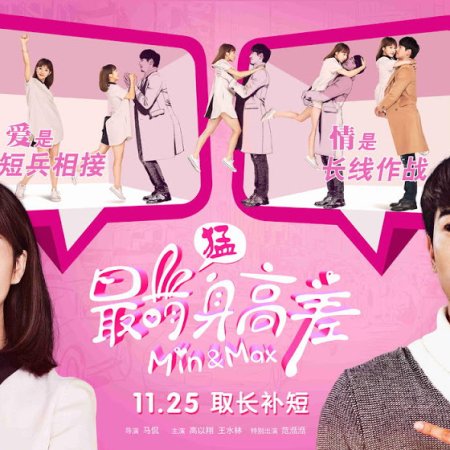 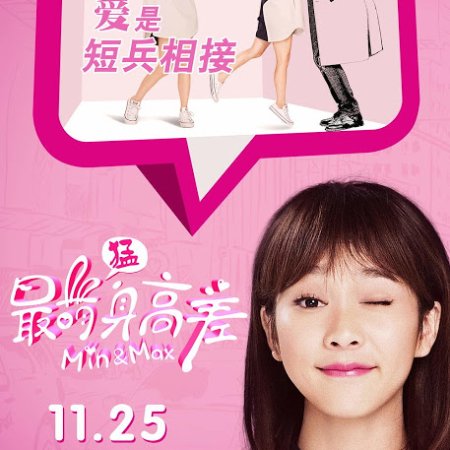 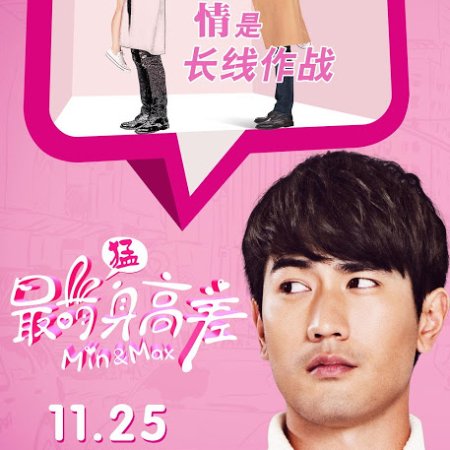 A simple matter of height! A film that tells the story of two people of different heights.
The story is typical of Asian dramas. A man, 192 cm tall, nicknamed Max, obsessed with women who are "short," given the nickname Min to one of them. Then, as a drama that has the title "Min & Max", Max tried to win the hearts of Min. In short, simple story.
What makes it interesting, the fact that Min is still attached to her ex-lover who had died two years ago. Min still thinks her boyfriend is still alive, living her life in another dimension. Interesting, is not it?
The film still has small changes after the very dramatic climax of the story.
The performance of Gao Godfrey and Wang Shuilin were very good, the two combine well, making a good pair and a great performance, since the adjutants not very present were half out of the spotlight so there is no way to judge.
The cinematography and soundtrack beautiful and beautiful for a delightful romantic comedy movie to watch, the mix between high, medium and low grades running away from the traditional was wonderful and well thought out.
Generally speaking, "Min & Max" begins as a comic-looking novel, when it turns out to be the twist in the story that sprouted from a very small thing imperceptible to the point of not seeing it coming .. Simple consistent and Still a very nice and nice film!

Completed
OhSoEnthusiastic
0 people found this review helpful
Other reviews by this user
0
8 days ago
Completed 0
Overall 6.0
Story 6.0
Acting/Cast 8.0
Music 8.0
Rewatch Value 4.0
This review may contain spoilers
For the most part, this was nothing more than a goofy, honestly quite stupid, but still lighthearted and funny film with a delightful female lead and some great romantic chemistry.

That is until possibly the stupidest scene I have ever seen in all of Asian media happened.

We watch the female lead be lured to an empty building in the middle of the night where she is then bombarded by a group of dancers dancing (mostly just gyrating in a choreographed fashion) to a song about literal twerking while the male lead plays the drums (which is apparently a new skill he developed between this scene and the last one) and then when this mess of a non-sensical performance is over, he confesses his love to her complete with a drone flying overhead.

Because what every woman wants is for the man she loves to confess his love while people twerk in the background to the equivalent of a bootycall song.

Yes. That is a sentence...that exists. And that is a Scene...that also exists. *metaphorical throwing my hands up in utter mystification*

The side of my brain that wants stories to be logical and well-thought out can't fathom why anyone would choose that song for such a moment or want twerking dancers involved in a love confession, but then the part of my brain that stores all of the information I've collected about Asia over the years through their dramas and films and music understands Exactly why that song was chosen. Because Someone on that production team heard it and liked it and didn't know what the Literal Hell it was about.

But I'm digressing at this point, so let's get back to the actual review.

Truthfully, I wanted to quit watching the movie after this scene (it's so. cringeeeeeeeey.), but I went ahead and finished it for review purposes, and the story ends...pretty much how you would expect this type of movie to end. There's a tragic reveal, followed by a big romantic gesture, and finally, the leads finally accepting their feelings for each other. I will admit that the reveal that Min's 'boyfriend' is actually dead and what happened to him did make me feel very sad for her character. The accident is emotional to watch, and you definitely can understand why she's been so traumatized since. The big, romantic gesture, on the other hand, didn't really do anything for me, most likely because about 1/3 of the way through I stopped being invested in the male lead all that much because he stopped being very interesting.

If you take out the ridiculous love confession, this is a really fun, if pretty stupid, movie that does some interesting things with it's premise even if I didn't find all of those things all that enjoyable or interesting. (One of the better parts of the film were all the little animated sidebars. They go a long way in helping you connect with and like the characters.)

I think a lot of people will probably like this movie and how goofy it is. Heck, me from 5 to 10 years ago probably would have really liked this movie. But me today? I'm not ever gonna watch this again, because I refuse to give that stupid confession more of my screen time, lol. 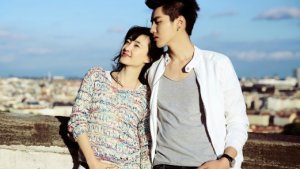