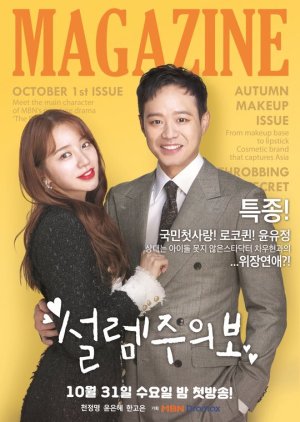 A dermatologist, Cha Woo Hyun is extremely popular with women, but he doesn’t have much interest in dating. Yoon Yo Jung is a famous actress, who hasn’t been able to date another man since rumors started to spread 15 years ago. By mere coincidence, they decide to establish a contract in which they decide to “pretend” to others that they are dating and in love with each other. (Source: Koreandrama) ~~ Adapted from the a popular web novel of the same title by Seo Han Kyul Edit Translation 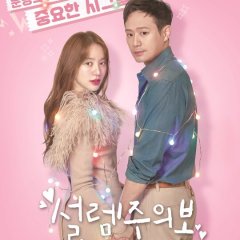 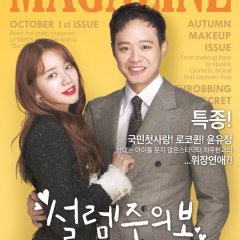 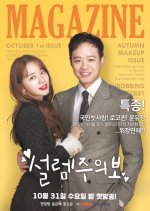 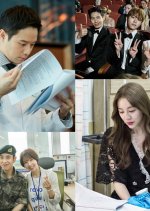 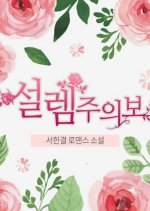 Write Review
Completed
Lindsay Dickens-Culmer
11 people found this review helpful
Other reviews by this user
0
Dec 31, 2018
16 of 16 episodes seen
Completed 0
Overall 6.0
Story 7.0
Acting/Cast 8.5
Music 5.0
Rewatch Value 4.0
This review may contain spoilers
Yoon Eun Hye is one of my favorite Korean actresses. This drama starting out well. I will give any drama she is in a try. Moved at a great pace. It did not have that same K-romance theme love triangle and their love grew pretty quick. With that said, this drama should have been 8 episodes instead of 15. Most of it was bad filler with no meaning and unanswered questions about some of the other characters. The acting was great in my opinion and the story was good but the execution falls short. There were way too many flashbacks in this drama.
Was this review helpful to you?

Completed
xXabsintheXx
7 people found this review helpful
Other reviews by this user
0
Jan 4, 2019
16 of 16 episodes seen
Completed 0
Overall 5.0
Story 4.0
Acting/Cast 6.0
Music 4.5
Rewatch Value 1.0
Only half of the drama was actually good. There was so much they could have done way better, the potential was there, even though the theme was cliché-ique.

I enjoyed the start but while the story went on, it started to become a really bad and ridiculous makjang. I mean, you can create really evil people who make you pull out your hair or want to pull out theirs and STILL respect them as well written characters. And then there are these people here who provoke the same reactions but their actions are just way over the top (and I actually liked the evil female second lead at first).

There's also the thing with story development. People argue and promise and threaten to do and/or say/reveal things, but right after that the story seems to completely forget about that and only remembers to mention it like 4 episodes later - and still without results. In the second half NOTHING actually happens, there's no progress at all.

At the end most of the bad guys have a sudden change of heart and start to act out of character. And everything is a happy ever after. The worst thing though were the bad dialogues in the last episodes. Every conversation sounded like a cliché advise for life, the cheesy ones that make you roll your eyes. And they didn't feel like conversations between close friends or family either. More like interviews between the actors. As if they've totally forgotten about their characters.

The last episode was the biggest waste of time. It went from one conversation to another without anything happening, except for that last incident which was nonsense and totally unnecessary.

I wish they would have shown more about the public reaction in the second half. They almost completely forgot about it, even though they made it a big point in the beginning. I wanted to see how the public's view changed throughout the drama.

Most of the BG music was kinda annoying at times as well. It constantly reminded me of Final Fantasy (the game) whenever you have to run through the fields to hunt monsters or visit villages (I don't get annoyed by that in the game, but it was unnerving in the drama).

BUT special points for Chun Jung Myung's cutesy in this one. He surprised me quite well.
And there was one really nice song.