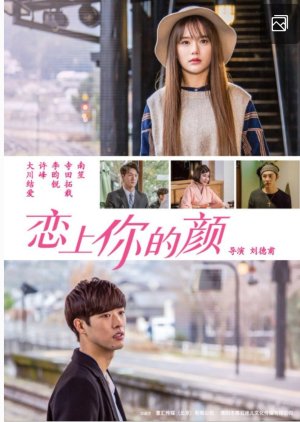 When one door closes, a window always opens in its place. Yu Nana is a graduate student who has been pursing her doctorate degree in psychology for the past eight years. While her college friends have got married and/or have jobs Nana has been working hard to finish her thesis, which ends up not being approved yet again, leaving her without a PhD and feeling hopeless. The following day, Nana receives a strange email from Sasai Eisuke, a Japanese businessman who came across a photo of her on social media, asking her to go to Yufuin, a small idyllic town in Oita Prefecture in Japan (famous for its hot springs), to pose for some photos as Nana is his dead fiancee's a look-alike and he had no photos to remember her because she didn't like being photographed. In exchange for the photos, Eisuke promises to give Nana a ryokan, a traditional Japanese inn. Edit Translation 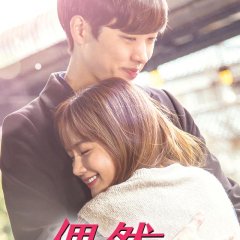 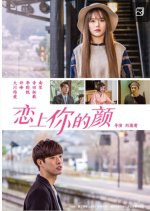 Completed
Herman
4 people found this review helpful
Other reviews by this user
0
Aug 16, 2018
Completed 0
Overall 6.5
Story 5.5
Acting/Cast 9.0
Music 8.0
Rewatch Value 4.0
Okay, I'll keep this shorter. This gave me both smiles and eyebrow raises. The intro was intriguing, the plot hmm inducing, and the movie...

Story (5.5/10):
Frankly, there wasn't a whole lot to the story and not a whole lot of execution time for 1 hour and 20 minutes. I had recently easily watched two episodes of Reply 1988, both of which where at least as long as this whole movie, so I thought it would be quite simple to complete this.
I yawned and x2ed and even skipped a bit through the second half of the movie.
It's not bad. There's just a bit of drama with some cuteness from the main female and some flashbacks and more flashbacks and some brooding from the male lead. And that's about it.
I loved the whole store scene, "Cheaper!" and them trying to communicate;
I groaned when we got Akira.
Though it wasn't as bad as I anticipated from the first half of the film, I didn't feel any romantic connection between the leads besides the fact that she looked exactly like his fiance, even if they were cute together. It was hard to convince myself he wasn't thinking of her as Ryoko.

Acting/Cast (9.0/10):
Nothing extremely noteworthy here, but nothing that stuck out as terrible. I liked the resident bad-boy rich kid, and the main female lead did a fairly decent job of acting two characters, though we had little of the Ryoko to see anyway. Perhaps some slightly wooden acting from the men? I still can't get over the "cheaper" English from the female lead. I've rewatched that few seconds several times to make up for all that I skipped.

Music (8.0/10):
Nothing download worthy, some of it felt like I'd heard it before, but I guess in a good way since the music was pretty good.

Rewatch Value (4.0/10):
Besides the store scene, I doubt I'll dream of rewatching this again. "Cheaper" is in fact all 4 of these stars.

Overall (6.5/10):
Oh my, the ending was so kdrama though :D
If you're bored, this could be fun. If you want something that makes you think...
Think elsewhere.

Completed
hideyourheart
3 people found this review helpful
Other reviews by this user
0
Jun 27, 2018
Completed 0
Overall 10
Story 9.0
Acting/Cast 10
Music 10
Rewatch Value 9.0
This is my first review on here so I apologize if it's bad. I hope it'll help people who might be interested in the story find out if they like it or are willing to give it a go.

First off; I decided to watch this mainly for Takuya Terida whom I found through Cross Gene and The Lover. His acting in this is wonderful (his talent in the field has progressed alot), the emotion he portrays from such a character with heavy shoulders is beautiful - yet sad - to watch. I thought the female lead was cute as ever, so adorable yet in regard to her portrayal as both characters it was really nice to see her act differently - very well done to her for being able to portray two VERY different characters so well.

Secondly; The story is nice and so good for those who like little things that melt the heart.

Third; The directing felt personal - which made me enjoy it even more due to it feeling as such.

Fourth; In regards to the soundtrack - it is so well done and really highlights a lot of the scenes that are happening, especially with either emotional or heart wrenching scenes.

All in all, I actually enjoyed it. Well done to all involved!

I'm not saying it's a film for everyone, just expressing my opinion on the film shortly after watching it.