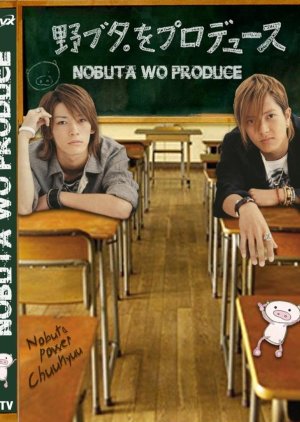 Shuji Kiritani is one of the most popular guys in his school. He pretends to care for all of his classmates, but deep down, is quiet and doesn't open up to others. But for some reason, when his eccentric classmate Akira Kusano is around, he can show his true self. One day, a new girl from another school comes to Shuji's classroom. Her name is Nobuko Kotani. From her gloomy looks, she begins to get harassed by the class bullies in no time. The harassment was devastating. Hearing about this, Akira comes up with the idea to makeover Nobuko from her looks to her personality, so that she'd become one of the most popular girls in their school. That way, there's no way the bullies can harass her. And so Shuji and Akira's greatmake-over begins. A Cinderella story which portrays the social life of Japanese teenagers. Can this gloomy girl really become popular in her school? Edit Translation 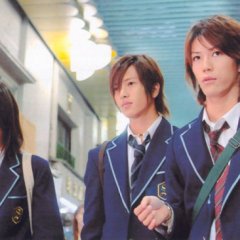 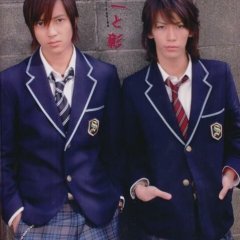 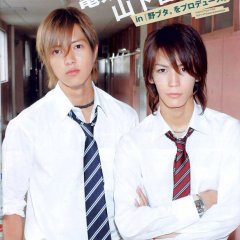 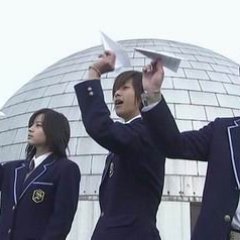 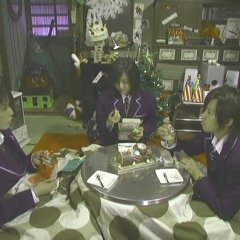 Completed
addicted2dramas
67 people found this review helpful
Other reviews by this user
0
Aug 31, 2012
10 of 10 episodes seen
Completed 0
Overall 10
Story 9.0
Acting/Cast 10
Music 8.0
Rewatch Value 9.0
Move over Hana Yori Dango or Hana Kimi. This is definitely the best Jdrama I have seen till date. This is what I call a must-see. Even people who generally don't like Japanese dramas should watch this because they don't know what a marvelous show they are missing out on. I am so thrilled that I watched it because these kinds of shows nowadays are rare.

While the story of the show is nothing out of the ordinary, it turned out to be a lot different from what I expected. I thought it would turn out to be predictable and cliche from start to end, but it left me pleasantly surprised at a lot of places. There were certain twists that I had thought would happen but they were pretty different from what I was anticipating. Also, the ending was also contrary to what was expected. It was not at all obvious. I would have liked to make a lot of changes to it, but the current one makes great sense.

While the characters weren't extraordinary, their traits were very relatable. I only found Nobuka's character to be having very unbelievable and fictional traits. I don't know why there is a trend of certain dark and depressed females in Japanese dramas. These depressed females all have the same of look of the ghost from Ring movie. But I suppose it adds to the fun part. But really, I have neither seen nor heard about people like her so I can't say if it was based on fact or entirely imaginary.

I didn't like Shuji that much for the majority of the show because there seemed to be no character development at all till the last three episodes or so. Even Nobuka's character hardly grew. That was very unsatisfactory. Also, the most ridiculous thing was that while almost all situations were being dealt practically, why couldn't just Nobuka just go to a therapist to cure her mental issues? That part was very absurd. In spite of these shortcomings, Maki Horikita played the role excellently. She was very cute the way she kept nodding in a typical way. And the way she kept walking with her head hung low was very cute. The funniest scenes were the 'Nobuta Power Enter' ones. I can still laugh at that because it was done so well. Maki really proved to be a versatile actress and she has anyway done a lot of great shows.

The second guy, Akira was probably my favorite in it. I was so taken in by his character and loved him entirely till episode 6 or 7 because he seemed to be developing in the best way. Also, the actor Yamapi (who plays Akira) was simply brilliant throughout. During the last few episodes, the character of Akira stopped growing and became a victim of bad writing and inconsistency, hence reducing his charm. But it had nothing to do with the acting. Still, I cared more about him than other characters on the show.

And I was so impressed by Erika Toda. She's stunning and acts really well. I can't wait to watch her in Liar Game! I was so happy to find out she is the lead star of that show! I was worried during this show's progress that she would turn out to be the antagonist and thankfully that didn't happen, so I was happy in that aspect. She played a sweet girl and came off as very likable. Shuji was an idiot for not falling for her.

And I have to mention the character of the vice principle. Her character was pure genius. All the best scenes and dialogues went in her basket. She is the perfect kind of teacher that students can have. I would love to meet such a person in real life. It really was one of the best characters of the show with the best characterization, hands down.

Apart from all this, the sub plots were all excellent. Most of all this show portrays friendship very beautifully. Also subjects like teen depression, bullying and peer pressure are raised splendidly. Most of all, they provide with lessons to be learnt in the end. And the fact that life has to move on in spite of everything, and one should treasure the best memories of youth seem to be the core messages of the show. And of course, it tells us to live life fully and appreciate the life we have and the people we have around us.

The writing deteriorated in the last two episodes but it didn't go beyond a certain level of unreasonable. Plus, nobody overacted in this drama so I am thankful for that. It gets dragged a but but it is well within the limit of bearable. And for the rewatch value- it was enjoyable the first time so I am sure it can be watched again (even if I won't).

Completed
Jeaniessi
45 people found this review helpful
Other reviews by this user
0
Jan 12, 2012
10 of 10 episodes seen
Completed 0
Overall 8.0
Story 8.0
Acting/Cast 9.0
Music 7.0
Rewatch Value 8.0
What a sweet drama! While the premise of Nobuta wo Produce is not original, it is freshly told and I enjoyed every episode.

What I really found endearing is the frankness of the lead male Shuji and his inner monologue/narration. I like that he was outwardly popular but inwardly unsure, bored, scared and lonely. The theme of this show is a simple one. Finding true friendship...whether you are a popular kid, a quirky loner or a withdrawn, scared and painfully shy newcomer.

Each episode is written to show the development of this core friendship. As the synopsis and title reveal, these three come together to 'produce' Nobuta and make her popular but...wow is that so not what really matters here. I loved the way the story unfolded in such an original manner compared to the way a westernized show would have handled this. Lovely.

The acting is great. Not perfect but very good. My favorite was Yamashita Tomohisa who played Akira. He was so quirky, clumsy and strange but what a loyal and steadfast friend. Yamapi was great. There are a lot of wonderful characters to be found within the setting of their school; teachers and students alike. I enjoyed Shuji's family. They were a hoot! Nobuta was like a flower opening up to the sun when Shuji and Akira found her. I loved the development of her strength and their loyalty to her. Wonderful!

At 10 episodes, this series was a fast and entertaining watch. No story line or plot point dragged on too long or bogged down the pace. The music was fine..not memorable but not bad either. But this drama isn't really about a standout soundtrack so I did not find it distracting or lacking in any way. I gave the re-watch value an 8 because while I might not watch it again this was a very entertaining drama and others might really enjoy watching more than once.

I recommend this drama highly. It's quick, it's sweet, it's touching and fun. Give it try if you are hesitating. 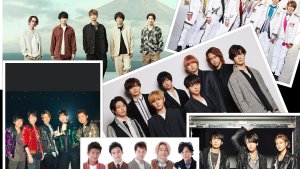