NOTE: films have been excluded on purpose!

Hello there! I've decided to create a series of articles about unusual/taboo love stories in Asian dramas (not films, there are too many of them!). Each part in this series will depict a different love theme, the first one being a School Edition aka love stories between students and their teachers/tutors etc.

So what makes this romance so alluring?

You might have noticed that this is a prevalent theme in Japanese dramas and manga. They simply love the forbidden aspect of falling in love with someone who is supposed to be a superior.

After all, the forbidden fruit is sometimes the most attractive, right?

Usually, the teacher's maturity, seriousness and protectiveness are some of the reasons why a student might fall in love.

They believe they have a unique connection and mutual trust which (mostly, but not always) results in a secret relationship.

What makes it unusual or taboo?

Well, since most of these 'secret relationships' happen at high school, it is not only the huge age gap that disturbs many people (even though it is part of the problem too), but also the fact that a teacher should be a sort of a parental figure who guides and teaches students, not use them, even in a romantic way. Can an adult person form a meaningful and romantic relationship with someone who is still a minor?

I don't think so but the better question would be then - why is this theme so much in demand and why do we keep craving for it? ;) Is it okay as long as it is within the fantasy realm and not real? Let me know your thoughts in the comment section below.

Here are 10 of the most popular dramas with this theme: 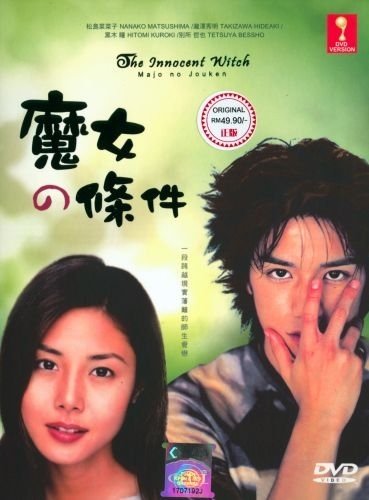 The Innocent Witch (1999) is one of the most famous dramas related to the student/teacher relationship.

Starring Matsushima Nanako in a role of a 26-year-old teacher and Takizawa Hideaki, a 17-year-old high school student troubled with his life at home, they form a close relationship because they understand each other perfectly well.

But what about the social norms and society's judgements? 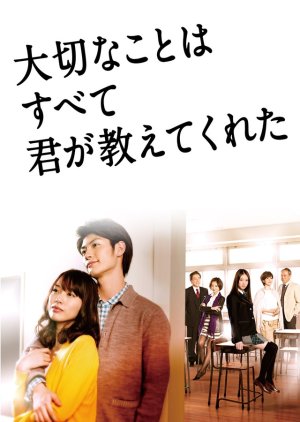 You Taught Me All The Precious Things (2011) follows Natsumi (Toda Erika) and Shuji (Miura Haruma), both high school teachers who are also a couple and supposed to get married soon.

However, Shuji becomes increasingly close to his student Hikari (Takei Emi), but is that because he likes her or because he wants to help her overcome her mental anxiety?

Hikari is, on the other hand, completely in love with him and decides to sabotage their engagement. 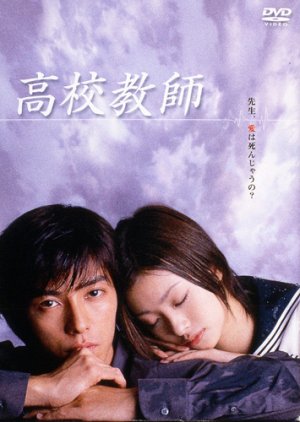 Kou Kou Kyoushi 2003 is another drama between a male teacher and female student.

The drama stars a popular actress Ueto Aya and Fujiki Naohito. This is a remake of the 1993 drama of the same name. The shy teacher and a cheerful student form a close and deep relationship, but there is more to the student's life because she hides a depressing secret.

Hello Mr. Right (2016) is a Chinese drama about a 17-year-old high school student (Guan Gabrielle) who falls for her school advisor (Lee Dong Gun)  who is 18 years older than her. However, it seems that he has feelings for her too, even though he knows he "shouldn't".

This drama is more a comedy than melodrama, so keep that in mind if you wanna check it out. 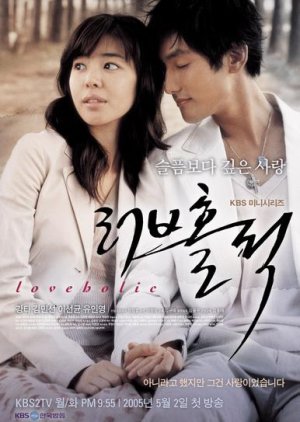 Loveholic (2005) is a love story between the disobedient student Kang Wook (Kang Ta) and his teacher Yool Joo (Kim Gyu Ri). So this is a male student x female teacher type of drama. 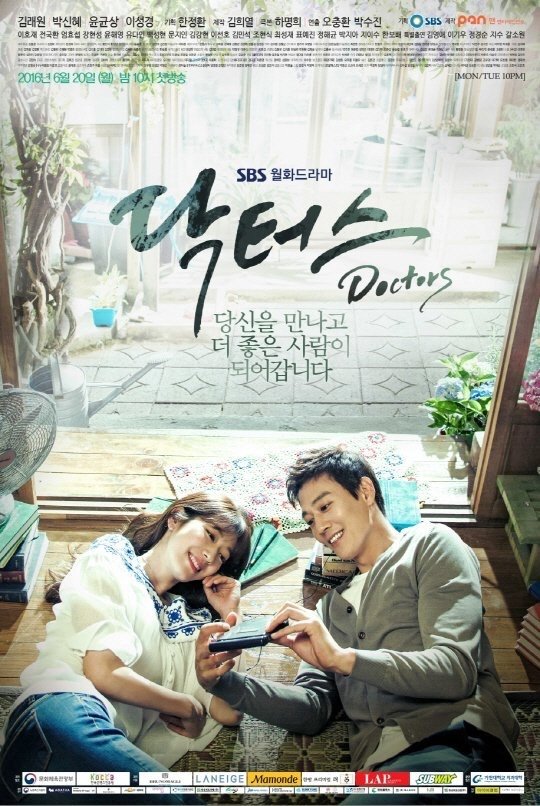 Doctors (2016), starring Park Shin Hye and Kim Rae Won follows the relationship of a girl and her mentor who helps her become a good and compassionate doctor.

Even though the setting is transferred from a school to the hospital, the relationship is still the one between a student and mentor. Recommended to the fans of this genre. 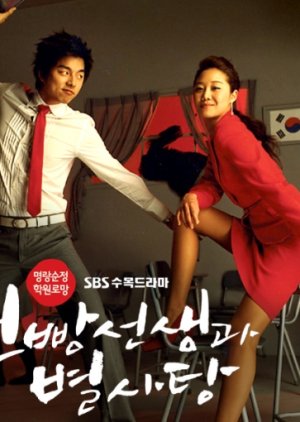 Eventually they fall in love. 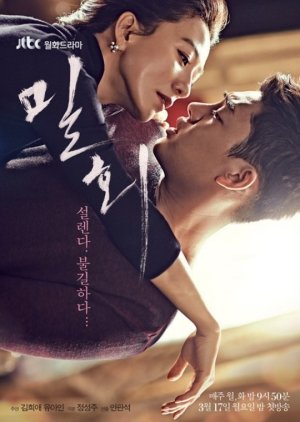 Secret Love Affair (2014) puts more emphasis on the adultery and being trapped in an unhappy life than the teacher x student aspect. In this case we have a piano student (Yoo Ah In) and his teacher (Kim Hee Ae) who start a secret love affair hence the title.

It is not a school setting but the theme is still the same. 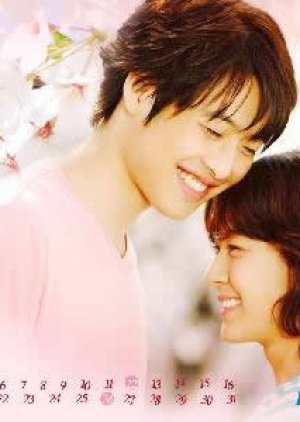 They meet and fall in love before they realize that they are a student and teacher. 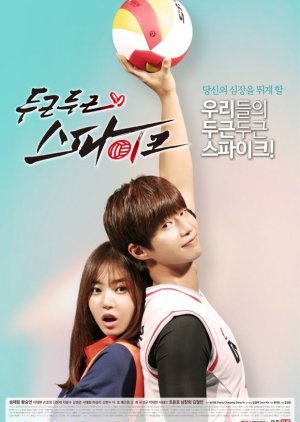 This is  a sports drama with a love story and a bit of a reversed harem theme. 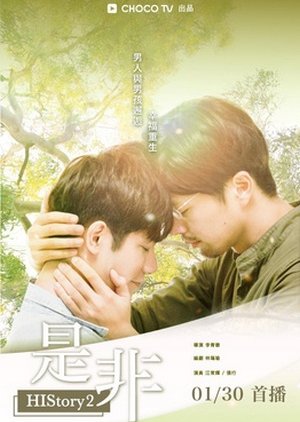 Shi Yi Jie (Jiang Chang Hui) is an associate professor of The Department of Anthropology, he falls in love with his student Fei Sheng Zhe (Hang Zhang). 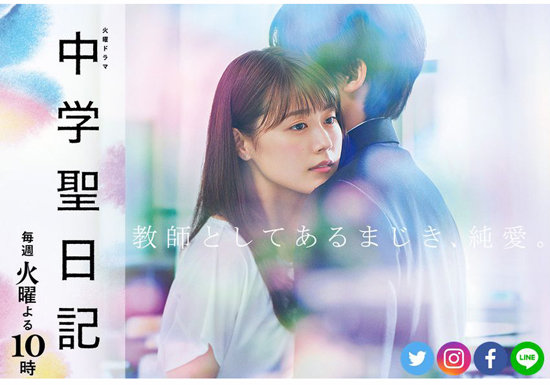 This is a love story between Akira Kuroiwa, a 14-year-old boy who knows nothing of love, and Hijiri Suenaga, his new 25-year-old homeroom teacher.

Other dramas with a similar theme:

What do you think about the forbidden relationship between a student and teacher? Do you like or dislike this theme? Are there other dramas that you would like to recommend? Do you have any favorites? Thanks for reading and have a nice day! Until the next edition...