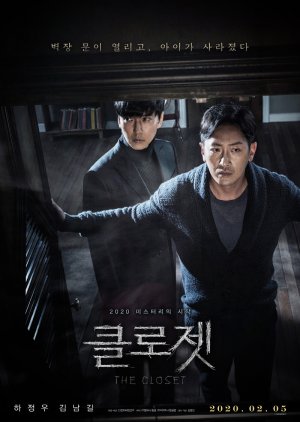 After losing his wife in a traffic accident, Architect Sang Won and his daughter, Yi Na, move to a new house attempting to restore their estranged relationship and mentally heal. As soon as they arrive, Yi Na, who hardly spoke to her father, suddenly becomes cheerful, saying that she got a new friend and starts acting abnormally. Not long after that, Yi Na mysteriously disappears from the house and after a month of searching, people start suspecting that Sang Won might have killed her. After seeing their story on TV, a mysterious man called Kyung Hoon approaches Sang Won, telling him that Yi Na is not the first one to disappear, and that he has been investigating the disappearance of 32 other children that went missing under the same circumstances for the last 10 years. Sang Won and Kyung Hoon then join forces to find Yi Na and solve the mystery of the missing children. (Source: MyDramaList) Edit Translation 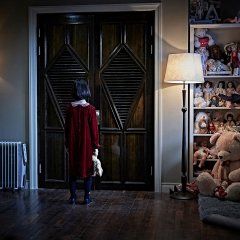 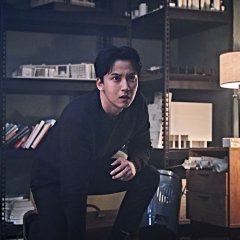 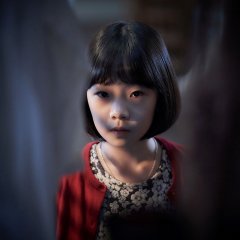 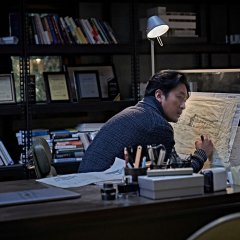 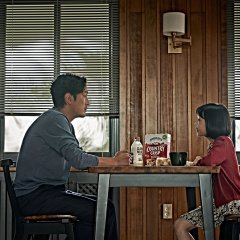 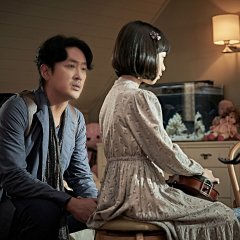 Moviegoers should go into this film with minimum expectations. I might be of the minority who have seen the majority of veteran actor Ha Jung Woo's films since his early days of acting, but he does not disappoint in this outing. It is not his worst project. He teamed up with a well-rounded actor Kim Nam Gil and a relatively new director and screenwriter, Kim Kwang Bin directing his first motion picture film.

Sometimes, I like to watch first-time directors see if they might have potential or exceeded my expectations. In my personal opinion, the special effects (CGI) was above par for a horror film that makes use of it put in motion. The birds (crows) scene shot and edited nicely to give the impression of the dreary, isolated area. The costume designs are nothing special as when you see over a hundred horror films, it becomes a blur.

The directing style was unique, which tried to be as original as possible, delving into the topic of strained relationships when it comes to losing a loved one, but it ends up falling flat. In the beginning, Ha Jung Woo and child actor Heo Yool's relationship generate white heat that the audience sensed the strong chemistry on-screen but it dissipated quickly. Some people might not like or understand Park Sung Woong's small appearance in the film, but I think his role is significant.

The first time Kim Nam Gil's character introduced to the audience, the viewer senses a connection with him, but as the film moves forward, the coldness between the two actors becomes apparent. Some people might disagree and find his character interactions with Ha Jung Woo's character are sufficient. A critic dissembling this film I observed abnormal friction between the two lead actors in some scenes.

It is an all-around enjoyable entertainment, the fun ride the director takes us on. It is a script with holes in it that will give you thrills, excitement, and poltergeist moments, but for me, it is not a classic horror film. In the end, I will not be afraid of my closet, but I will be wondering the script could be improved here and there. I will have to use my imagination while watching this very average to a good film.

Completed
XingBack
2 people found this review helpful
Other reviews by this user
0
May 13, 2020
Completed 0
Overall 8.0
Story 7.0
Acting/Cast 9.0
Music 8.0
Rewatch Value 1.0
for a movie that's only 1 hour and a half long, this wasn't bad, but it might've needed a little more emotional substance. they didn't stress enough how "bad" the relationship between Yi Na and her dad was, tbh it just felt like common sadness, and the dad was a workaholic who tried to make excuses to leave his daughter for a couple of months because he didn't know how to deal with the loss of his wife, and basically they just needed therapy not a new house ;)
anyway it took them a few days or less for Yi Na to act "weirdly" and a few days later she went missing, so there was not much buildup.

I personally used to be a scardy cat and I don't know if I'm just older now or movies lost their fear factor, but this was heartbreaking rather than scary. especially with the background story of what started it all.

and speaking of how it all started it felt quite basic, plus it was resolved very simply and it didn't need the dramatic fight scenes.

and they only spent a few seconds on the other kids but I think that'd have been the breaking point for them, I honestly teared up on that subject but then it was suddenly over.

I also feel like they could've built a beautiful bromance and connection, tbh Kyung Hoon came in the picture, said 1 thing about why he's doing this and boom they were working and solving what took him 10 or so years to solve. there was no anticipation, no foundation.

overall the acting was great and I'm looking forward to what Yi Na comes out with next, that precious baby is really talented~ 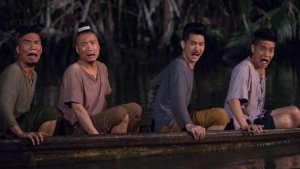 Asian Horror All Wrapped Up: February 2020