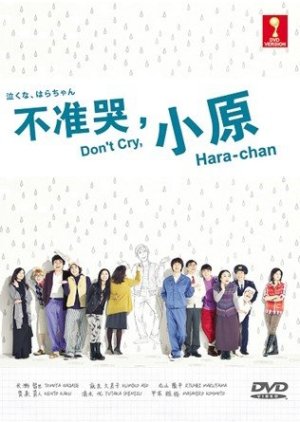 Hara-chan is drunk at a cheap pub and blabbering. It is a daily occurrence. He is always vexed, but has neither the wisdom nor the courage to break it up. This is Hara-chan, the main character of the manga ‘Nakuna, Hara-chan’. The illustrator of this manga is Echizen-san, a plain-looking lady who works at a fish paste factory. In place of a diary, she draws this comic strip in a notebook with all the pent-up resentment within her. This is the only outlet for Echizen-san who seems to have lost her passion for life. Then one day, a miracle happens. Hara-chan comes to the sudden realization that he is looking at the world for the first time. The sun’s warmth, the rustle of wind, the twinkle of the stars. He has sprung out of the manga world and into the “real” world. In the “real” world, Hara-chan is in love with Echizen-san. Even if he is not a human in this “reality”. -- Jdramas Weblog Edit Translation 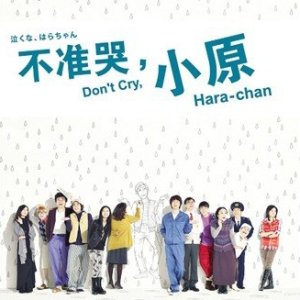 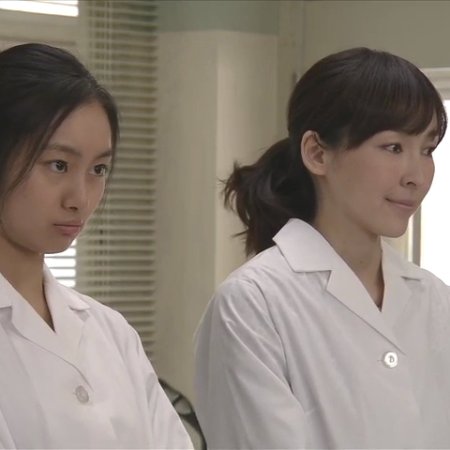 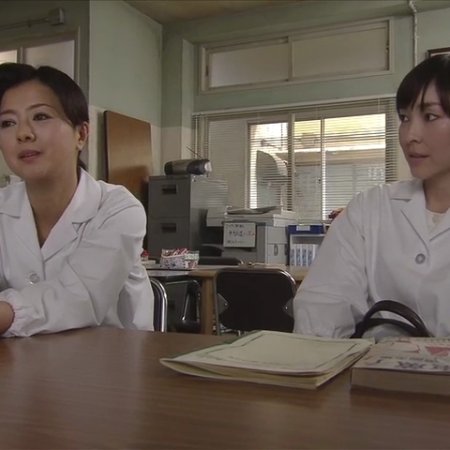 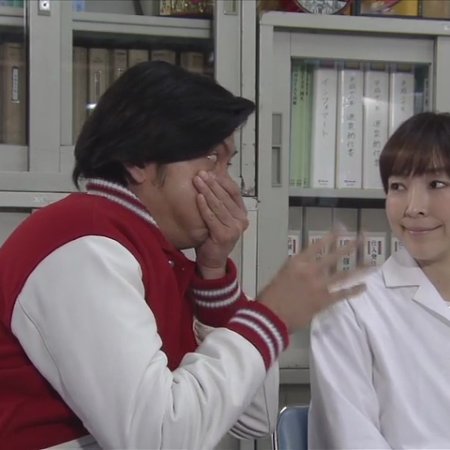 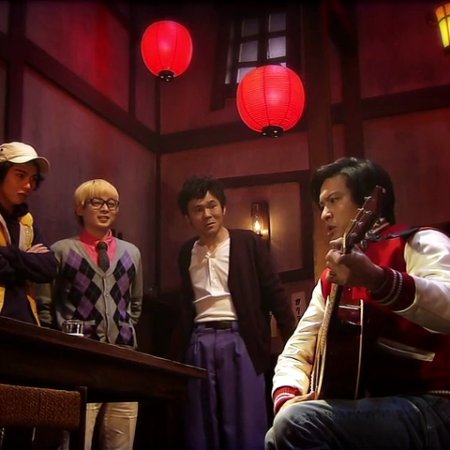 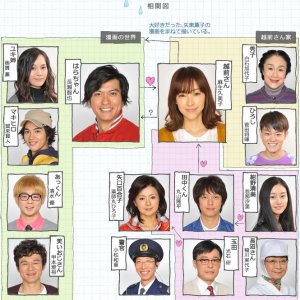 Completed
BrightestStar
12 people found this review helpful
Other reviews by this user
0
Jun 12, 2015
10 of 10 episodes seen
Completed 0
Overall 7.5
Story 7.5
Acting/Cast 8.0
Music 7.5
Rewatch Value 5.0
Watching this drama did feel like a special experience. This drama isn't very conventional and it certainly isn't for everyone. The plot may appear simple, but after a while, you realize very deep thought behind it about existence and self-exploration. The premise itself isn't very usual. a character you draw comes to life and discovers &amp;quot;God&amp;quot;'s world. It might sound simple but it actually makes you realize of the little happiness in life that we take for granted.

One of the most interesting aspect for me is the setting. The manga world itself is set in cheap pub, while the setting of the humans is a small village with a small community. In many instances I wondered if that setting itself if part of someone else's work. For what we think is reality is someone else's fiction. The funny thing is, every time I wonder how things would go if this event happen, or that event happen, or when I try to interpret certain things, or think of a certain solution, the drama always tend to explore these question and give me an answer. Of course there is no definite answer, just a possibility and closure.

Another aspect is the way the characters are written. There was very careful attention given to many subtle details that define each character. On the human side there's the protagonist Echizen, who is filled with self-hatred and disappointment with the world. Her journey to self discovery and appreciation was slow, but every once in a while there was a huge step forward. Other than her there is her co-workers that each has an interesting personality. Yuriko was fun, playful and very attentive. Behind her happy-go-lucky facade there is a deep scar and regret. Kiyomi is also worth mentioning, or maybe I should call her Akuma. Always angry, she doesn't seem pleasant to be around at first, when in truth she is the most heartwarming of the human characters. She just hate it when people aren't being honest as she is, making it hard for her to open her heart. She challenges her Echizen all the time, probably seeing worth in her more than Echizen sees in herself. On the manga character side there is Nakuna of course. He's an emotional lad. Always expressing himself freely. He's extremely loyal and trusting, and as innocent as a child. I could say all his manga family has the same innocence for the same reason, but not all are this trusting. Each one of them is adorable with a distinct personality.

If I were to talk about the acting, they were perfectly casted to say the least. Most note worthy is Nagase Tomoya. That guy loves to overact, but it never bothers me because he knows which role to choose that makes overacting, if not just okay, but even demanded. Aso Kumiko was also perfect. She smiles a lot, but you can detect the forced from the genuine. Kutsuna Shiori has this gift of being a very lovely despiteful person. I'm telling you that's a gift. another noteworthy is a personal favourite of mine, Okunuki Kaoru as Yuki. She's elegant and wise, but so cute when clueless. Yasuda Ken appearing as a guest in an episode was the most touching.

Overall it was a nice, light, charming, sweet comedy with a lot of heart. The setting and light used makes it perfect watch while having an afternoon tea. It may not be for everyone's liking as some may find it boring and a bit over the top, but if you look deeply, you may find an, I'll bet well hidden, gem.

The manga characters were so cute, I laughed so much to "laughing old man", I love relantionship between dogs and Akkun, I love Hara-chan's reactions to ALL foods. Hara-chan was so goofy, his exaggerated movements were so "real", since it is normal to not know how to behave normally for Hara-chan. I love his enthusiasm about EVERYTHING and his sincere smile so much.
The drama has 2 songs with same melody but different lyrics. And both of them are perfect. Akuma-san's song was so beautiful, I love her voice and the lyrics. Here the link is: https://www.youtube.com/watch?v=uhWsiSvIry8 (I don't know whether there is full version of it, but I couldn' find it.) And about second song... After watching one episode from Nakuna Hara-chan, you may start to sing "Desho? Desho? Desho?" part like me. The scenes which all characters in the manga world sing this song were so lovely.
Probably my favourite character is Akuma-san, because she looks so cold and scary but she is so sweet inwardly.
There is one thing that I want to change about this drama if I had a chance. I wish they pay more attention to support roles' love story.

New Topic
Be the first to create a discussion for Nakuna, Hara-chan 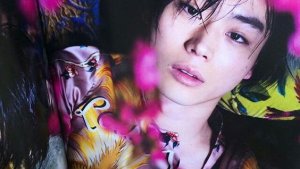