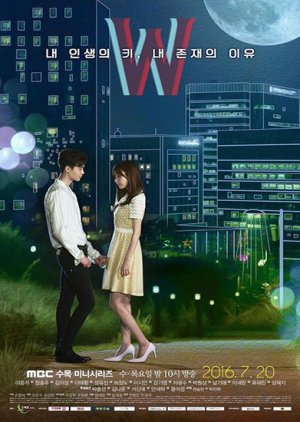 Cardiothoracic surgeon Oh Yeon Joo's father mysteriously went missing while writing the last chapter of his webtoon "W". Yeon Joo goes to his office and is shocked to see a scene of a bloodied Kang Cheol, the main character of W, on her father's monitor. While reading something left behind by her father, a hand from the monitor pulled her in. She found herself on the rooftop of a building, next to a man lying down in blood. She manages to save him and realizes that the person she saved was Kang Cheol. She later discovers she can only enter and leave the webtoon depending on Kang Cheol's feelings. (Source: MyDramaList) Edit Translation 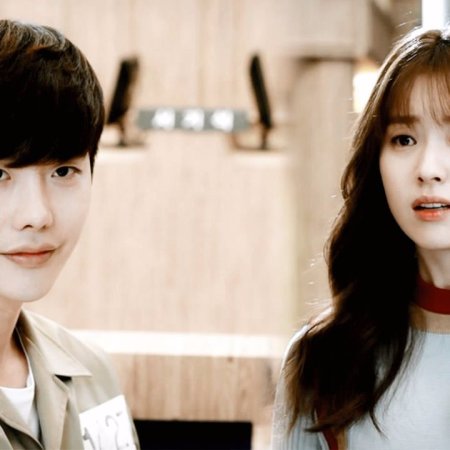 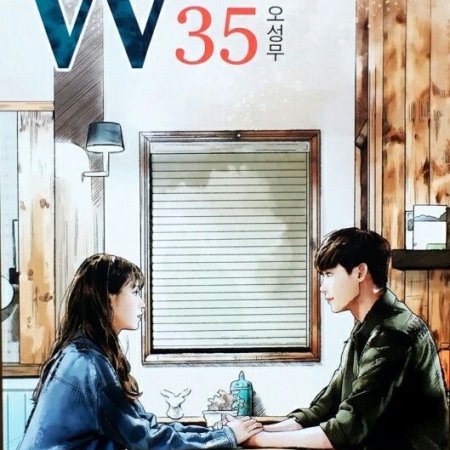 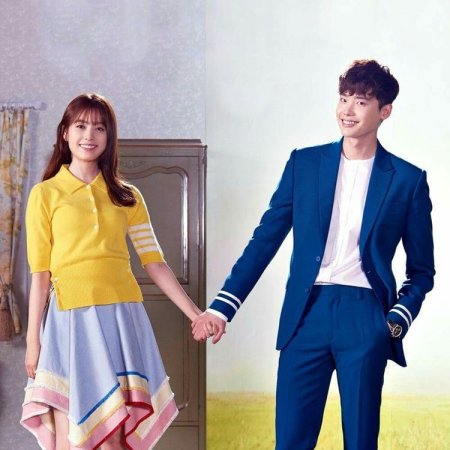 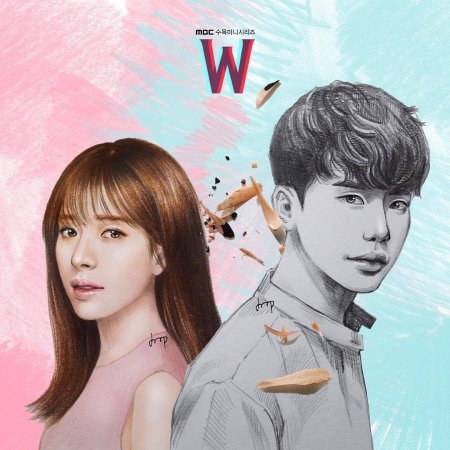 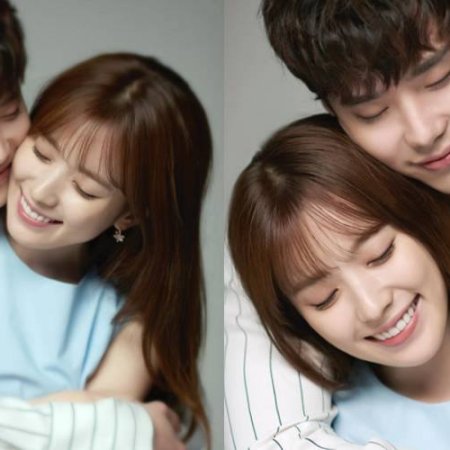 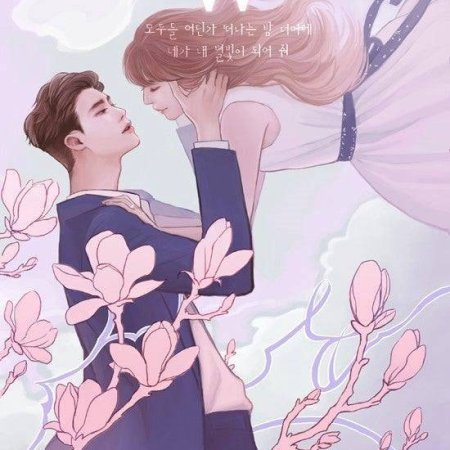 W was certainly one of the most anticipated dramas of the season, and for good reason: a creative storyline paired with an exemplary leading cast. I, like many others, was captivated by the idea of a webtoon coming to life. And Lee Jong Suk? Huehue. Say no more.

The writers of the show crafted a plot that is bound to keep you on your toes and send your brain into overdrive. It’s not the most intelligent story I’ve seen. At times it's confusing and borders on being nonsensical, but it’s logical enough to make it worth watching. W is especially intriguing because of its unpredictability - even if you grow used to the plot, each new problem creates an addicting mystery. You become determined to understand exactly what will happen next.

While I enjoyed W and the anxiety its suspense caused me, this drama is not perfect. A show amazing in concept, it fails to deliver in some of the most important aspects.

One thing I found particularly problematic was the romance. Some might disagree, but I found Kang Chul and Yeon Joo’s loveline to be one of the most poorly-written in any K-drama I’ve seen. I’ll admit that there was incredible potential in their relationship. However, the writers never give you any reason to like this couple except that they just are a couple - it’s the unspoken drama rule that because they’re the main characters, they have to be together. Fair enough, but that doesn’t get my heart racing.

Is the romance necessary? Yes - to an extent. Love is the easiest way to connect the two main characters. But trust me; that romance sucks badly. In the beginning episodes, you find it cute. What’s not adorable about a cool guy who’s curious about this ditzy girl? Then, you suddenly hit the point of doubt: but…but why, though? Why are they together? How? Sadly, there is no satisfying answer to these questions.

Yet, as much of a letdown as the romance was, what ultimately kept me from giving this show a higher score was its characters.

I have a burning passion for well-written characters, and I thought W would be the perfect drama to see it being done. The idea of the story is that the boundaries between reality and fiction are blurred, causing a mere created character to act and feel as a real human does. What we viewers deserve out of such a concept are heart-wrenching characters whose personalities you could find within a human in this world; who would persuade you that creations are self-aware. But disappointingly, nearly every single one of W’s characters are dull.

Strangely enough, the best example is Kang Chul. Our main character happens to be perfect. That sounds great! He’s rich, goodlooking, with an incredible sense of justice (this is where I swoon). He wants desperately to live, and you feel for him because…well, he’s not just a webtoon character; he’s a human being goddammit! Look at his perfect skin. And his eyes (oh his eyes). Also his backstory is so sad! But there’s something sadder than his backstory - his personality, which is as two-dimensional as the lines that were drawn to create him.

I’ve seen a lot of people share the same justification for why he has no real flaws: he’s a webtoon character, thus not real, thus does not have to be bound by the unspoken law that all people are imperfect. Fine; that makes sense. But isn’t that ironic? His whole gist is that he’s a human being. Where does he come off claiming such a thing if he’s so flawless? You’ll begrudgingly accept this character because of Lee Jong Suk, but that’ll be the extent of it.

And, the side characters are just that - side characters. Oh, sure, they exist. Yet I never really cared about them. Most of the time, they were convenient plot devices, not people. (I’ll say that I did very much like the role of Yeon Joo’s father - out of everyone, he feels the most realistic.)

If this were any other drama, I would let this go. I understand that a show can’t have everything, and characters are often the afterthought in the face of such a complex plot. However, I want to make it clear that if the writers are going to create a show based around the idea that these webtoon characters seem human, then they have to create characters that are human, and as a result, elicit my empathy. By the end, I should have been setting up a shrine in my house and counting prayer beads in hopes that they all get a happy ending! Uh…maybe that’s an exaggeration. But do you get me?

I know this review sounds bad, but I do want to get across that altogether, I did have a good time with W. Doesn’t sound like it, but it’s true! Its problems may be obvious, yet its strengths are enough to keep you going.

Its control over suspense had me hiding behind my hands at certain parts. And the cast itself is great - particularly the actor portraying Yeon Joo’s father; I cried womanly tears for you, sir. I’ve never watched Han Hyo Joo on screen before, but I did enjoy her role and thought she did a pretty good job with her character. I will also again emphasize my love for Lee Jong Suk: those emotive eyes. Gah. Almost made me like Kang Chul.

I recommend you to watch this drama, but simultaneously caution yourself against the blinding hype that it received. The end product of this show was nothing near to the perfection that I expected it to have, but it also wasn’t anything close to being bad.

Don’t expect a masterpiece. Watch it; have fun with it!

Completed
Lumiere
178 people found this review helpful
Other reviews by this user
17
Sep 19, 2016
16 of 16 episodes seen
Completed 17
Overall 6.5
Story 5.5
Acting/Cast 6.0
Music 7.0
Rewatch Value 3.0
When I was little, I wished I was born a cartoon character or that I'll magically find myself inside my favorite story under the influence of an uncanny occurrence. Along came W with the scenario of my dreams and mostly ruined it.


But I learned my lesson: "Entering a cartoon is no child play!" It's not a messy writer's mission either.


Here's the problem: W aspired to be a lot of things: a mind-blowing, thought-provoking fantasy, a boundary-breaking love story, a thriller and a creeper, and perhaps a journey of finding oneself...


Unfortunately, it failed on most fronts, but I'm not surprised. First and foremost, we have to accredit the writer for tackling such fresh premise and attempting to explore the themes of creator/creation and free-will/predestination in such a creative way. However, unlike her previous works the writer failed to create clear and sound rules governing the travel between these two worlds. You might scream: "But, it's a FANTASY!" Then, I'll scream back: "Even fantasy has to have solid rules; otherwise, it's magical realism or Deus ex Machina conveniently controlling events."


It's hard to highlight this part without giving up the story. One might claim that the rules of entering/leaving the world were clear from the beginning. It's not true, though! We were never told why and how Yoon Joo was going in when the tablet wasn't involved. Then, there's the fact that the rules changed over and over again! They worked only when it was appropriate for the narrative. Many times, major dangers could've been avoided by simply using the rules. In all honesty, I have attempted to rationalize the show's plot more than once; I always ended up with a severe headache. It's either the plot is a collection of holes bridged by Deus ex Machina or I'm too stupid to get it.


But I could've still enjoyed the show, lapses of logic and all, had the writer tried to make her characters realistic. Isn't it ironic that the writer who criticized other drama writers for resorting to cliches to move their stories, didn't bother to give her own characters identities of their own?!


Take Yoon Joo for example. What is she other than the love interest? What do we know about her other than she'll do anything to be with Chul? For the love of God, the girl had cotton candy for brains and I was supposed to believe that she's a surgical intern. Yoon Joo was willing to desert her ENTIRE universe so she can play romance of the day with her fictional crush. How am I supposed to respect her? I'm a fangirl, mind you! But I still can tell the difference between fangirling and falling in love. The writer and Yoon Joo obviously couldn't. If I were to believe that Yoon Joo fell for Chul because he's her forever crush, why did he fall for her (over and over again)? There was a painful lack of buildup for that romance. The show ended and I was still wondering: Why were those two a couple? Why the hell I'm supposed to root for them?


They might've been cute together. But that was all they ever were!


Then, there was Chul. His life, his whole existence was a tragedy but he was a protagonist who had free-will in a predestined world. In his journey of finding himself, Kang Chul was supposed to prove his humanity. Curiously enough, I found his reactions to the world and to everything to be human in the first half of the story. However, the more he approaches the real world, the more he becomes robotic. Ultimately, he became so bland it was dull to watch him, much less to care for him. (again it's hard to explain without spoiling).


The most interesting and the only well-acted character was Oh Song Moon. I want to take a moment to applaud the acting. The levels of darkness and petty he fell into were very well acted. Unfortunately, the depth of this character was never fathomed. He was shoved away in favor of the stupid never-was-romance. His relationship with his daughter, his fears, his failures, his love were all thrown down the drain. He became a walking plot-device himself.


The acting in the show was uneven. Kim Eui Seong did wonders with his characters where Han Hyo Joo moves around with 3 annoying facial expressions (maybe four if you count her sleeping face :P). W certainly uncovered Lee Jong Suk's acting limitations. He fairs well in cute and playboy, but other than some particular scenes, his acting grew cumbersome to watch, even cringe-worthy at the end. Those crying scenes anyone?!


A shout out to Crazy Dog and Soo Bong: those two were my rays of the sunshine in the dark! Crazy Dog spoke my mind and Soo Bong was the only one who played bewilderment and every other shocked emotion well.

In short, visually captivating, definitely mind-boggling and occasionally a bit creepy, W might have started with a promise but ended with a letdown. Watch it if you're a fan of the actors or of twisty-twisted plots that leave you with more questions than answers, but don't expect any character to come off as human. 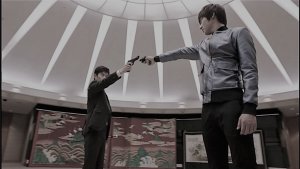 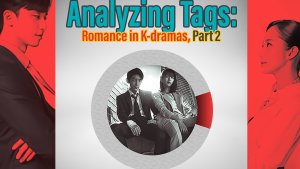