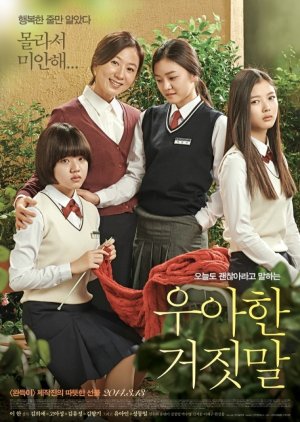 Hyun Sook is a single mother raising two teenage daughters while working at a grocery store. One day, her youngest child, 14-year-old Cheon Ji, suddenly commits suicide without even leaving a note. This comes as a shock to Hyun Sook and her older daughter Man Ji since Cheon Ji was a sweet child, who rarely complained and studied hard, while always trying to comfort her hardworking mother. Struggling to understand why Cheon Ji chose to kill herself, the two women wonder whether there was something they didn’t know about Cheon Ji’s life. As Hyun Sook and Man Ji unravel Cheon Ji’s quiet life, they come to realize that she had been the victim of brutal bullying at her middle school, led by Hwa Yeon, a troubled, manipulative teenager. (Source: CJ Entertainment) Edit Translation 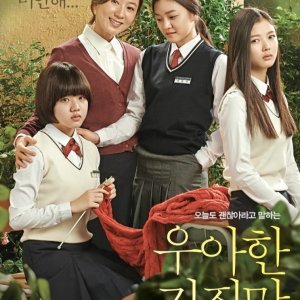 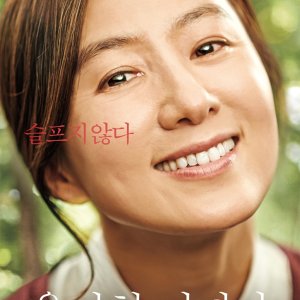 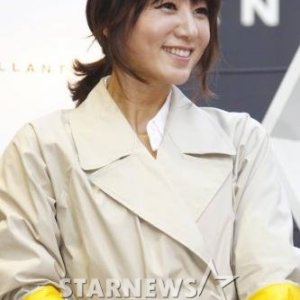 Completed
mikachan
19 people found this review helpful
Other reviews by this user
1
Sep 7, 2014
Completed 1
Overall 9.5
Story 9.0
Acting/Cast 10
Music 6.0
Rewatch Value 7.0
Story: the story seems simple at first sight, a young girl dies but why? Is there a reason? This movies is more deep than I thought I can't say nothing without spoiling the movie, this movies is completely underrated. The red thread is very important, this movie is very detailed.
Acting: Everybody was important, the casting was amazing, I loved the good acting and the emotions, it can be heartbreaking and funny, with a lot of meaningful moments, and we see Hee Ae and Ah In before "secret love affair". Kim Hyang Gi was amazing, I can't imagine anyboydy that can portrait it like her
Music: it was fine I guess, don't expect a song, only instrumentals
Rewatch Value: It can be kind of heavy for some people but for me is perfect the way it is, it leaves you with a lot of questions about life in general, interesting
Overall: it was almost a perfect movie, perfect for a weekend

Completed
bmore
10 people found this review helpful
Other reviews by this user
4
Feb 23, 2015
Completed 4
Overall 9.5
Story 10
Acting/Cast 10
Music 7.5
Rewatch Value 7.0
This review may contain spoilers
Almost all of the following is in the synopsis of this movie. I just added a lot more detail.

If you have not seen this movie or have been hesitating over seeing it because of the subject matter and the fear of being overwhelmed by it, I encourage you to watch. I was, surprisingly and shockingly to me, not emotionally as devastated by this movie as I feared I would be. Bullying is a tormenting subject for me and I normally cannot abide movies about it, especially knowing that, in this case, the result is the suicide of this young girl.

This movie is so different from 99% of the bullying movies. All the others seem to deal with the physical aspect of bullying and the devastating psychological damage caused by it. And most of the movies deal more with boys. This movie presents bullying done in a more insidious, psychological way, as I think girls are more likely to engage in. It's sneaky, done with smiles and rumors and pretend friendliness with intimidation and,in this movie, the victim is fully aware of what is being done, but unable to escape as these are her only 'friends'. She is dragged into it repeatedly as it comes in waves between bouts of being ignored, getting benign attention, and then, when the mood strikes them, they attack her again. There seems to be one ring leader, as always. But no one is exempt as the followers themselves attack her in their own snide ways.

The Thread of LIes analogy is beautifully done as her older sister and mother, in their need to know 'WHY?', follow the thread of lies and omissions and half-truths her school mates tell them. At the same time, these children also lie to themselves and each other in their own fear and full knowledge of their own guilt and responsibility for what happened. The movie gradually exposes the cracks and fears in the perpetrators own lives that drove them to torment her and the guilty repercussions that begin to eat away at them. The thread analogy is also beautifully and heartbreakingly used as the older sister and the mother finally discover the notes Cheon-gi left for them in the balls of yarn she was constantly using in her knitting. She tells her sister there are 5 notes and it is this that sets her sister on her mission to expose the lies but, as she discovers 2 more notes, it is also revealed to her how mentally disturbed the main culprit is, and how devastated the second culprit is due to a simple misunderstanding and subsequent attack and betrayal of Cheon-gi. Even the mother and the daughter's notes reflect this sweet child's realization that they will be not only grieving but battling their own fear of what they missed or where they did not see what should have been seen.

The final ball of yarn and note is a bit of a cypher to me. (see below in spoilers-I would appreciate others' views on the meaning behind this final note and it's location)

A beautiful movie, superbly acted and directed and written. A must watch. I wish it could be shown in many many schools.

I wouldn't rewatch, just because I got all I want to out of it the first time around. 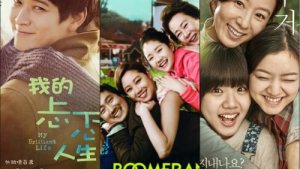 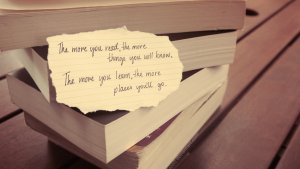 Those bullies from hell
26 titles 7 loves