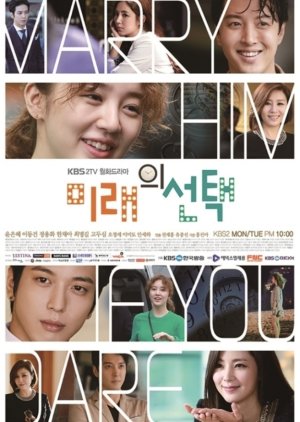 Set in the world of television broadcasting, Na Mi Rae travels back in time to prevent her 32-year-old self from marrying news anchor, Kim Shin, thus sending her past self down a different path and enabling her to pursue the things she really wanted in life. Edit Translation 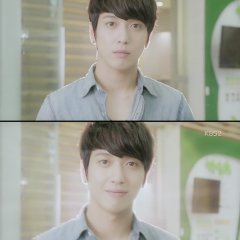 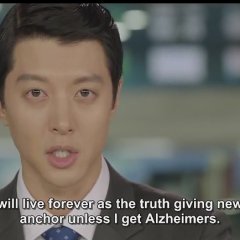 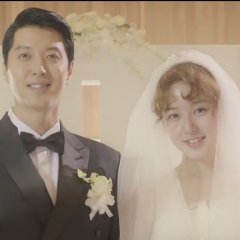 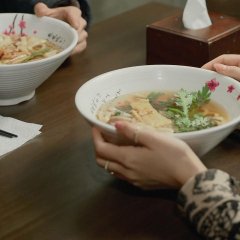 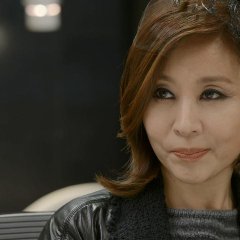 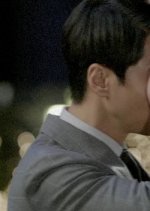 The biggest problem with this drama was the story. It started out really promising. I loved the time travel concept and all the characters had interesting stories and motivations. Then somewhere in the middle it became a huge mess. Suddenly there were complicated time travel rules that contradicted themselves. The characters started to contradict themselves as well, and lose a lot of their motivations and, in some cases, likability. Everything became a big mess, but I held out hope for a nice, neat, happy ending, only to be extremely disappointed.

It's such a pity. I really loved most of the characters, mostly thanks to the actors and not the writing. Mi Rae was a very strong lead. She didn't fall into the usual annoying female lead cliches. Kim Shin ended up being really likable despite his first impressions. His smile killed me (in all the best ways). Yoo Kyung was a surprisingly likable female second lead, and I loved so many of the secondary characters, like Mi Rae's brother, Writer Bae, and the rest of the production team.

And then there were characters who couldn't be saved despite their charming actors. I'm looking at you, Se Joo! He started out so well. I was cheering for him like I usually do second leads. But then when the plot started getting messy, so did his character. The motivations became unclear and the charm disappeared. The other mess of a character was Future Mi Rae. After awhile I found her really annoying and lost all sympathy for her.

The music was okay, but if got pretty repetitive and wasn't always used at appropriate times. Overall, this show was a big disappointment. The only reason I finished it and gave it as high of a rating as I did was because I ended up caring about a lot of the characters. I really wanted to know what happened to them each week. If only they'd gotten a decent ending...

MHIYD chose to present itself as a romantic comedy. In other words, it promises its viewers funny moments while its protagonists develop a sweet or maybe light-hearted romance. Of course, any regular k-drama watcher knows that even a romantic comedy gives its couple harsh obstacles which can become tiresome at some points, but they eventually overcome them and everyone would be happy in the end. MHIYD's biggest flaw was that it actively made 'the obstacle' the center of the story and managed to ultimately rob the show out of its comedy and romance altogether. So, instead of watching two couples fighting obstacles to find love, we had to suffer as they fought love to NEVER be together. Consequently, there was only distress through most of the last third of the drama. Forget opposing parents and meddling second leads, crazy future ahjummas are the worst!

And after all the trouble, we were told that all of this meddling was much ado about nothing. I won't spoil it for you but here's a close metaphor. Imagine that someone crashes a wedding just before the "I declare you husband and wife" part arguing that the couple can not be wed because they're in fact blood-related siblings and if they get married, a horrible disease would plague the nation and everyone would die. Fifteen episodes later, said-wedding crasher discovered that it was the wrong couple, to begin with, and all the created mess was a big mistake. Oops!

The finale could have worked out if the drama wasn't fixated over the romance and chose to focus on the characters' personalities and lives challenges.

The saddest part is that MHIYD had a strong cast and refreshing characters. I would have loved to see more of Kim Shin and my favorite So Yoo Kyung. The pairings had chemistry and charm. Watching all of those interesting characters becoming dull and running through empty circles when they could have easily shined (if crazy ahjumma just let them be on their own) was such a pity, even a shame! Such a waste of potential.

The acting was good. The music was fine I guess.

Obviously, the rewatch value is low.

One more major flaw: I still can't believe that the production cast K-drama's Kissing Queen as their female lead and we still got no kisses! (I'm sorry I had to get it off my chest!). 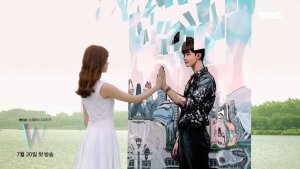