Since I couldn't keep my love for this very charming actor for myself I decided to share my admiring for him. There are many raising actors, especially in the last two years, but I still choose Byun Yo Han. Why?

Well, simply because he is everything that an actor can have. His innocent and expressive eyes, which I deeply fell in love with since the moment I saw him on a screen, his contagious and beautiful smile, his voice, deep and raw, but the voice that makes my heart boil every time I hear him speak. But, not to mention his manly hands and wide back which are my weakness when it comes to men and he just won me over with that. Among many nowadays Korean actors, he's the one who has the strongest effect on me and no matter how amazing actors are and will come he will always have a spot in my heart. ;)

And now let's talk about his projects, but first let's take a minute to appreciate this beautiful creature. :P

It's a currently airing drama and even though it's still early to decide but, I can already say that this drama will be my favorite one. It's a pure masterpiece. We are more than halfway through and there is still no single moment of boredom. In every episode there is an explosion and you don't have time to breathe or get used to awesomely written script and outstanding acting from the cast. There are many fantastic actors and our main dragons are: Yoo Ah In as Bang Won, Kim Myung Min as Jeong Da Jeon, Byun Yo Han as Bang Ji/ Dang Sae, Shin Se Kyung as Boon Yi, Chun Ho Jin as General Yi Seong Gye and last but not least Yoon Gyun Sang as Moo Hyul. As I said before the cast is stellar, but my attention stole Dang Sae.

Lee Bang Ji (Dang Sae) is my favorite and the most powerful character for me. Dang Sae is a fictional character, but Byun Yo Han is making his character feel alive. A young man who cannot escape the past full of guilt and misery. Abandoned as a child he accepted his cruel fate, growing everyday to aim for revenge. He's the most realistic character to me. He knows how miserable humans are, he knows his flaws and virtues, but he goes on. For the sake of the people he cares about, the ones he needs to protect.

Watching Yo Han's top notch acting is an enjoyment every week. His character is very sad, but again very beautiful. He brings tears to my eyes every time I see him. His deepness of Dang Sae is so strong that every time he's sad I'm sad too, he's crying I'm crying, he's smiling I'm smiling. He's one of the characters that doesn't speak too much, because his eyes are telling you a 1000 words. He's unforgettable.

Plus his sword fights are a pure art. I bet he invested a great effort in a stunt scenes.

Oh and I love that little romance writer put for him. I mean just look at them, a love is in the air. You can feel their deep connection, yearning and understanding after all that years Yeon Hee (Jung Yoo Mi) has for him and he for her. I'm in love with them. ♥

Wow, for this drama I only have words of praise. This is one of my favorite dramas of all time, because it's unique, original and the most realistic one. It won many hearts of the audience, but with the right. It's so different from the other dramas and that's what makes it so special. Along with the amazing characters, the drama had a really high rating for a cable channel. It's about a tough life of 4 interns played by Im Shi Wan, Kang So Ra, Kang Ha Neul and Byun Yo Han along with Lee Sung Min who all comes with different backgrounds, habits and characters. What's fascinating about this drama is how every single character grow and it's slowly entering your skin and you just can't but love them. Byun Yo Han's character, Han Suk Yool, came to the group last, but he made the group feel alive. He's handsome, funny, sociable, proud of his family and his work in the field. I liked his character to the core, because no matter how depressing and sad this drama can be in a moments, his character is right there to make you laugh and cheer you. Byun Yo Han showed amazing acting skills and actually this is a drama when I became a fan of him and since then I only liked him more and more. It's a romantic comedy drama and also a first main role for Byun Yo Han. Byun Yo Han's character Bang Myeong Seo is a popular writer of webtoons. He wrote a webtoon about his four ex-girlfriends and then somehow all four of them became entangled in each others lives. He shared a cute and sweet chemistry with Song Ji Hyo, but for me the drama wasn't something special. It had some really hilarious scenes and some amazing characters who fulfilled the drama, but overall it wasn't my type. However, I liked his character, even though his character needed more deepness, Byun Yo Han acted fantastically what was given to him. ;) It's some kind of crime and suspense film. Although I didn't quite understand why he was doing such a thing to others, I blame the director for not adding enough deepness and seriousness to the character, but all in all it was entertaining. Byun Yo Han plays an assistant of a professor in an university, but in fact he's an expert in making bombs. When he joins hands with a student played by Park Jung Min and an accident happens with his bomb find out what happens next. :P

A thriller-psychological film about the internet and online mocking. Two trainee officers Ji Wong (Byun Yo Han) and Yeon Min (Lee Joo Seung) receive the news of the suicide of an army deserter and decided to pay a visit to the one who mocked the news, the flamer Re Na (Ha Yoon Kyeon), only to find out that she's dead. Feeling guilty, they decided to investigate since they believe there is something more than meets the eye. Interesting film with a mature tone and two amazing actors Byun Yo Han and Ryu Joon Yeol.

Byun Yo Han is a brilliant actor. He's never disappointing. Always trying his best and that's something I definitely respect. I like his challenging side, because he's not only focused on one character to play, but in every movie or a drama he's picking always something new, good or bad character, he knows what he picked and then he's doing it 100% with his heart and a soul to the point when he is feeling satisfied of what he has done. I can't wait for more projects of him and he's definitely one of the most talented, handsome and charming actors nowadays. ♥

If there is an actor or an actress that is worthy of a Stalker's Guide in your opinion, and you have watched enough dramas of his/hers to prove it, please contact KatelynJayne. 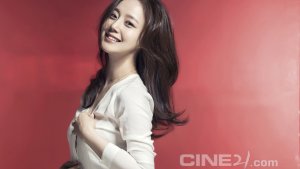 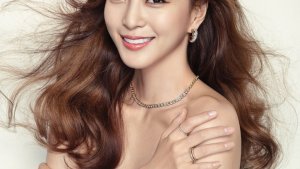