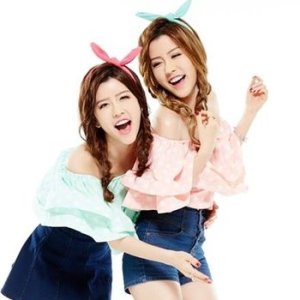 Hey ~ I've been a Kdrama fan since I was in the 7th grade (which was around 2010) and my first one was You're Beautiful. It was recommended by an ex friend of mine. After that, I fell in the Kdrama rabbit hole. My first Taiwanese drama was In Time With You and I soon fell down that rabbit hole too. Later, I found myself watching dramas around Asia (mostly Chinese, Taiwanese, Japanese and Korean) until I saw recomendations for a Filipino/Pinoy drama called On The Wings of Love and I don't regret it. Since then, I've seen some other Filipino movies like She's Dating a Gangster and Diary of an Ugly (which stars the same couple as OTWOL). Since OTWOL, I've been a huge fan of the love team JaDine. They're so real #ReeltoReal. My first Thai drama is the Thai version of Playful Kiss (Kiss Me) and I'm also a huge fan of AoMike (Aom Sushar and Mike D. Angelo); I have also seen the first installment of the Kiss Me Series.

I'm Vietnamese living in America and am also into cute things, babies, photo editing, Kpop - I'm multifandom - and other Asian pop music and am also a huge Pentaholic (I've also recently gotten into Us the Duo) and you can look me up on Kpop Amino and Kdrama Amino - I make great blogs about movies and dramas from all around Asia so go take a look if you want some recommendations outside of the stuff you're used to.