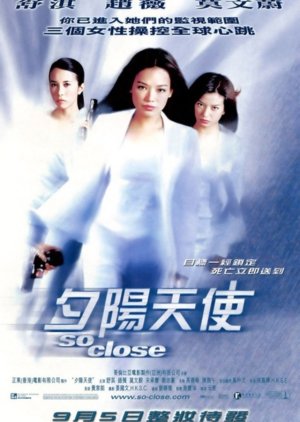 Lynn and Sue are two stunningly attractive sisters with a profession unlike any other. They are smart, sexy, and downright dangerous. These two are the coolest "hit women" in town and it seems nothing can get in their way until a tough and beautiful detective, Hong, gets dangerously close to their trail. Non-stop martial arts action ensues when Lynn and Sue get up close and personal with the law. (Source: KFC Cinema) Edit Translation 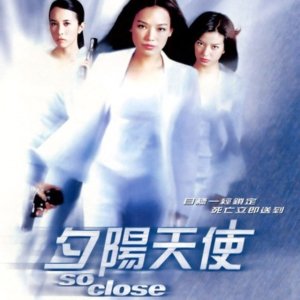 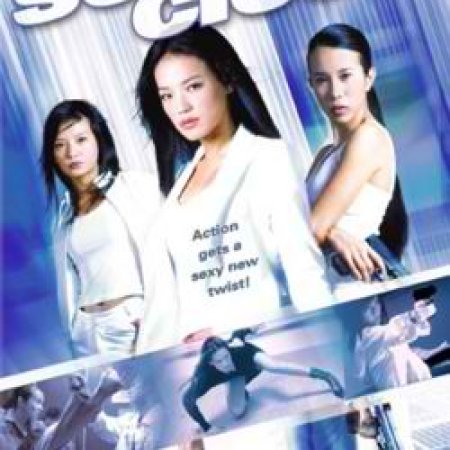 Completed
bakakokoro
3 people found this review helpful
Other reviews by this user
0
Jul 1, 2012
Completed 0
Overall 7.0
Story 8.0
Acting/Cast 7.0
Music 7.0
Rewatch Value 6.0
"Why do birds suddenly appear? Every time you are near?"
Cuz you're f*ing hot!

Swords, guns, hand to hand! So what if a couple shirts have to get ripped in the process? Sexy but not gratuitous.

The story was really good. Interesting, but not hard to follow. Lots of action and cool fighting/wire work, with a little twist in the middle.

Overall this is a good chick-flick action movie! Grab some popcorn and enjoy!

Completed
Herman
0 people found this review helpful
Other reviews by this user
0
May 8, 2018
Completed 0
Overall 7.5
Story 7.0
Acting/Cast 9.0
Music 7.0
Rewatch Value 7.0
Well, that was a fun action movie.
It's got gun battles, sniping unsuspecting suspects, crazy car chases, unrealistic computer hacking, deaths and killing, explosions, tall buildings with the bad guy at the top... You name it, it's got all the fun action tropes. It even threw in some lesbian undertone towards the end which I didn't see coming and was like... uh... okay.
So while this may seem like a classic action flick, if you go in thinking that, you'll probably enjoy it, but be warned it has some other more emotional tones thrown in, so it's not just a mindless blockbuster.

Story (7.0):
If there's one thing I thought this movie did right, it was the action storyline. We get our big intro case to introduce our characters, a secondary case with some troubles that leads to more trouble and drama and before we know it we're on the classic kill to get to the boss storyline. I felt that part panned out perfectly. Breaking through security, fighting, barely winning. You need that conflict and point of failure in any good action movie. The actual boss was more like the bodyguard of the boss, but it was a very eventful fight.
Leading up to the fight, the story took a change which I was unsure of because WHY but it worked out even though I didn't like it :( I won't spoil it, it's not bad. Lends to the emotion aspect...

Acting/Cast (9.0):
I've seen the female leads in other things and enjoyed their acting (even if not the movies ahem The Assassin), and there wasn't really anyone I could fault. Usually action is hard to go wrong with acting, because you can have no acting skills and still pull it off, but there were some emotional scenes I thought the actors did a good job with.
And Song Seung Heon, can't go wrong there :)

Music (7.0):
We got some fun if generic background music for action. I thought that the way they used that special song during the fighting in the beginning was cool so it bumped my music rating. I was hoping we'd hear it again at the end.

Rewatch Value (7.0):
I could see watching this one again. It made me think a lot of a Mission Impossible movie or something and I almost have no preference over the two. It's also a lot better than some Asian action flicks I've seen (yes you Bounty Hunters), but there are some notably Korean ones that still blow this out of the water.

Overall (7.5):
Fun if you're just itching for some action and also has some depth to it instead of being about nothing. Even if the whole plot is a bit convoluted while having not much to it. So, uh, yeah they just killed all the bad guys... But I don't really remember what the bad guys were all about... Something about stocks in Dragon? Hmm...
I also find it important to point out that the visual effects in this drama are very good for a 2002 Chinese movie. I've seen much newer and much worse effects in Chinese movies. Don't even get me started on dramas... 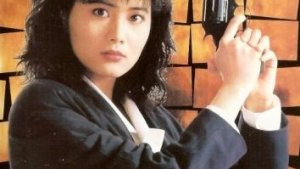