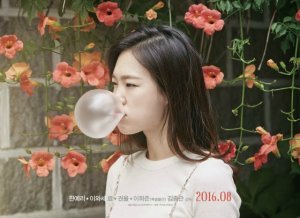 My rating system is mostly based on comparison that's why I haven't rated most of the dramas that are not from SK. I might decide to rate them all at a later point but keep in mind that those ratings will not be standing in direct comparison to kdramas/movies.

My ratings might not be completely firm either. If I am really excited about a show after I watched it I might rate it higher than later when I already had some time to distance myself a little and look at it more objectively.

Still, my ratings are not the most objective thing ever. I am well aware that there are dramas/movies that compared to others might seem weirdly placed on my rating scale but those are simply the ones that I enjoyed so much that I don't care if they are technically not as good as other "better"/award winning ones. My own personal enjoyment factor is definitely included within my ratings.

I also will not simply rate a show higher because it has a deeper meaning or an important message attached to it. I always take into consideration what a show wants to be and if it succeeded at it. That holds true for light romcoms just as much as it does for heavy dramatic pieces.

The dramas in my Dropped List that have all episodes seemingly completed under progress are not dramas that I simply abandoned at the last episode. They are dramas that I basically watched until the end but have fast forwarded so much that I can't claim to have seen them completely.

Dramas/Movies that I have watched but not rated are for some reason or another (e.g. asian dramas not from SK) difficult for me to put an exact number on. I might decide to elaborate on those someday in more detail here on my profile. However, this surely won't happen in the foreseeable future because I'm lazy.

Please allow for some inaccuracy also because of the limitation of this site's rating system. I would do a better job if I could choose more than just .0 or .5 for the decimal place.

P.S. If time-travel would be included in favorite genres i would check it as well. I love any timey winey stuff.