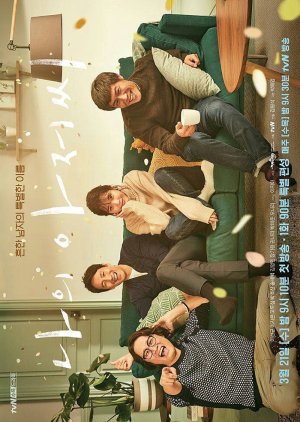 Park Dong Hoon is a middle-aged engineer who is married to attorney Kang Yoon Hee. However, his life is not that happy as he has two unemployed brothers, Sang Hoon and Gi Hoon, who rely on him. Moreover, his wife is secretly having an affair with CEO Do Joon Yeong, Dong Hoon's college junior but current boss. One day, Dong Hoon receives an unexpected bribe and notices that his co-worker, Lee Ji An, saw him. Ji An is a young part-time worker at Dong Hoon's company who is drowning in debt and left alone to take care of her ill grandmother. Dong Hoon then gets entangled in his brothers' struggle to get back on their feet and the company's internal rivalry between the company's CEO and the people opposing him, all the while not knowing that CEO Joon Yeong wants to get rid of him and Ji An is working for the CEO. (Source: MyDramaList) Edit Translation 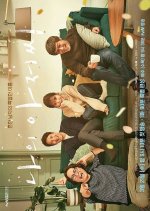 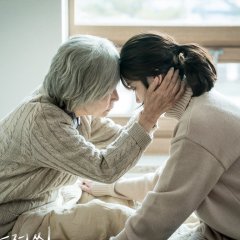 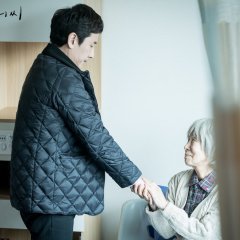 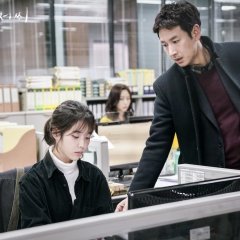 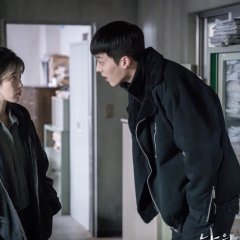 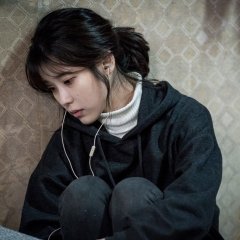 Completed
James Bond
175 people found this review helpful
Other reviews by this user
13
May 10, 2018
16 of 16 episodes seen
Completed 13
Overall 10
Story 10
Acting/Cast 10
Music 10
Rewatch Value 10
(Slightly) EDITED:
“A story about three brothers in their 40s and a girl in her 20s facing the hardships of life and helping each other through the process.” The initial description of “My Ahjussi” was something along these lines, and as far as the storyline goes, that is enough to tell you the essence of it. A look at the daily lives of three middle aged men and a young girl. How interesting could it be? What could possibly be happening in their lives that makes it engaging enough to have a whole show about them? Is it something extraordinary? Definitely not. Is it something you have never seen before? Not really. But, is it worth watching? Oh god yes.

This show has fascinated me more than any other K-drama so far. If you ask me why, I probably won’t be able to tell you a specific reason. After all, what is so fascinating about going to work, walking your co-worker home, and drinking in a bar with your friends? What is so fascinating about 2 brothers running a cleaning service together? I don’t know. But after you see this show you will see that it most definitely is. “My Ahjussi” got me hooked since the first episode. I found myself waiting for the new episodes each week just to see three brothers suffer at work during the days and drink away their nights. There is no one particular thing that is special in this show, but all the elements of it put together make an extraordinary masterpiece. The actors, the characters, the music, the atmosphere, everything fits so perfectly. The story is not abrupt, it doesn’t have many dramatic moments, yet it can go from heart-breaking to heart-warming in an instant. It is not this fast paced show that will keep you on the edge of your seat from start to end, but it is rather this soft field filled with snow that you will find yourself falling in more and more with each episode. And after it ended, of all the things that can be said about “My Ahjussi”, all I could really mumble was….WOW. You know a show has been exceptional when it makes you feel so satisfied that you watched something so beautiful, yet leaves you with a void in your heart, because it is over and you won’t get to see any more of it.

If I would say all the things I have to say for this drama, this review would be really, really long, so I will just try to touch upon everything I didn’t get to mention. First of all, the three brothers. I really can’t tell which one of them did a better job, they were all phenomenal. Each of them with a different, yet still similar path in life, each of them facing their own problems, yet managing to get through them just because they are together. You could see the pain in their eyes through each and every scene, even in the scenes when they were laughing. This is especially true for the oldest brother, it seemed as if he could break down in tears in any moment. Just by looking into their eyes you could almost feel the burdens they are carrying. And Lee Sun-Kyun…well…I really can’t see anybody else portraying the “Ahjussi” role. He was born for this drama. Everything he did was just so perfect. A friend worth keeping, a son that makes you proud, a brother that is always by your side, and a husband….yeah, I’m not quite sure how to put that last one. Nevertheless, all three of them managed to play their parts so well that you just see the characters, you forget about the actors.

From all the K-pop singers that I’ve seen in dramas, only one left a positive impression on me, and that was Lee Junho. And after this role, IU is the second one. Some may say that you don’t need much acting skills to just walk around with a frozen face and your head down, and barely say anything, but I think that that was definitely not the case here. Quite the opposite actually, she gave away so much by saying so little. You could see that she was full of emotions behind that emotionless face, and the way she managed to show us that was really unique. Small, weak, fragile at first glance, but tough, dedicated to her goal, and ultimately warm-hearted as the drama progresses. “The girl that is always underdressed for the weather” as Ahjussi described her, perfectly portrayed what it means to truly care for someone. Every moment of screen time with her was a pleasure to watch. I haven’t seen her in any other dramas, but for this drama, IU, I salute you.

All the other characters did an amazing job as well. Lee Ji-Ah gave us a mixture of emotions going from extreme hatred to even, believe it or not, sympathy at some points. The CEO and his helpers easily made us despise them, while Jung Hee and Yoora (Nara and Nara) were loveable from start to finish. Even the monk, which we didn’t see a lot of, felt like he had a big impact in the drama. That is just a hint of how good everybody was.

When it comes to the atmosphere and the setting, I usually prefer shows that are set in the countryside, or some aesthetically pretty places, rather than the city, but this one was just so well done that I had really no problem with it, it actually made me like the city a lot more. All the typical city places we see in numerous shows, the offices, the bars, the high class hotels, and middle class apartments, all have so much more meaning now. And the soundtrack…oh the soundtrack… all the melancholy songs this show had actually make me happy when I hear them now, simply because they remind me of “My Ahjussi”.

I could go on and on about this for hours, but let’s wrap it up. Time flies by in a second while watching this show. The world around you feels different while watching this show. There were 16 episodes of it, and it feels like I could watch 16000 more and I will still enjoy it as much as I do now. I long to see a drama that will touch my heart as much as “My Ahjussi”. All the other K-dramas feel so distant, as if they were of a different kind. And they probably were. “My Ahjussi”...is truly…one of a kind. And no matter how much more of this I write, the true beauty of this show can’t be put into words. Just go and watch it. Live it. Hats off.

Completed
Meloni
78 people found this review helpful
Other reviews by this user
4
May 12, 2018
16 of 16 episodes seen
Completed 4
Overall 10
Story 10
Acting/Cast 10
Music 10
Rewatch Value 10
A picture is worth a thousand words, and they fully expressed that as profoundly as possible. This is my ultimate, most favourite Kdrama of all time. It might not suit everyone's tastes, but it was the first time I cried because a drama ENDED. Finally a drama that is beautiful and breathtaking from start to end.

I guess if you're the type to prefer fluffy, lovey dovey, Kdrama cliche type of dramas, then this won't be for you. My Mister is completely different in terms of the "Kdrama formula."

After watching each episode, it's fulfilling, yet you are (extremely) hungry for more. This drama gave me the biggest comfort whenever I feel down. Ironically, the drama itself, is depressing, gloomy, and melancholy. You know how whenever you feel sad you want to see things like rainbows, and puppies, or eat good food in order to make you feel happier, yet none of that truly comforts you; or sometimes it might even irritate someone even more. My Mister is that person that would sit by your side, cry with you, hug you, and allow you to release your emotions so you truly feel comfort. It's not a stress reliever, it's something that makes you embrace those emotions and let you move on from them.

I've never seen a drama that portrays depression as realistically as My Mister, heck, I've never seen a drama that actually has depressed leads. Between each and every character, there is a special bond that is strong and meaningful. The relationship between PDH and LJA is not family love, nor romance, nor friendship. It's a different form of love that it's hard to wrap the head around, but the best way to describe it is human love. Human emotions, comfort, and acceptance. Personally, my favorite parts are the interactions between Lee Ji An and her grandmother. I cry in every single scene because it's so beautiful.
Honestly, during the painful scenes, you cry. The touching scenes, you cry. The silent scenes, you cry. And the happy ones, you cry. Maybe I'm just overly sensitive when I'm watching this drama... It's painful but heartwarming.

I think many people who don't like this drama probably thinks: the brothers are annoying or the drama is too slow. You can't really fully immerse into the drama unless you learn to appreciate the brothers, and what they symbolize. Although it feels slow paced in the beginning, trust me, 1 hour 20 minutes feel like 30 minutes.

The cinematography is stunning. Just like how many people said, it's like you are watching a movie within each episode. It's stunning in a way that is effective to convey the story and mood, and the beauty of each character. There is not one character I dislike, not even the bad ones, because they are all so compelling.

Edit:
For anyone who aren't feeling up to expectations, a little disclaimer. Don't dive into the drama expecting to be blown away or be on the edge of your seats the entire time. I watched it week by week, so the drama itself felt like it was very well paced. If you try to binge watch the beginning episodes, it might feel very very slow, eventually losing interest. But the best way to experience the high expectations, is for sure you really need to immerse yourself in small details, and focus on every single aspect in each scene. Sometimes it might even get a bit mentally intensive. As for me, watching it week by week allowed some breaks in between before fully going into analyzing mode. It's kind of like you have to critically analyze every detail in order for the viewer to meet its expectations. If all else fails, then it might just not be your taste and that's all okay :) 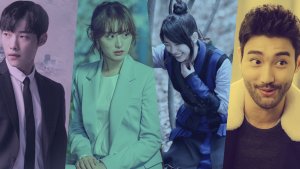