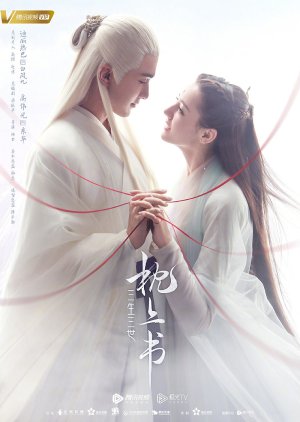 Queen of Qing Qiu, Bai Feng Jiu, is the only red nine-tailed fox in the world. One day, Feng Jui is attacked by a savage beast while seeking cultivation in the mountains and is saved by the first emperor of Heaven, Dong Hua. Grateful and feeling indebted, Feng Jiu accompanies Dong Hua to vanquish the Demon Lord. As the two spend time together, Feng Jiu realizes her gratitude towards Dong Hua has slowly evolved into love. Unfortunately, Dong Hua has long forgotten what love is. Although the coldest hearts can melt with time, will countless lifetimes be sufficient to bring these two hearts together? (Source: Viki) ~~ Adapted from the novel of the same name by Tangqi Gongzi. Edit Translation 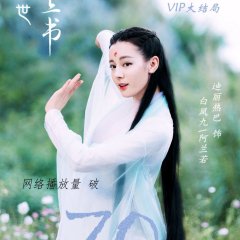 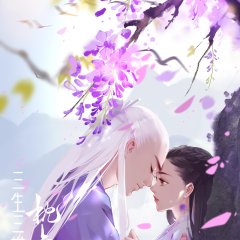 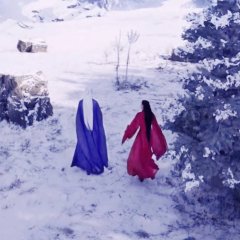 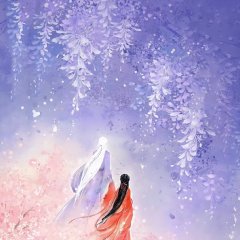 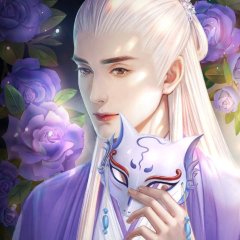 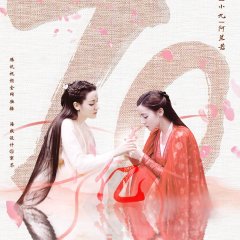 Ongoing 56/56
Snayder
46 people found this review helpful
Other reviews by this user
0
Feb 4, 2020
56 of 56 episodes seen
Ongoing 0
Overall 10
Story 10
Acting/Cast 10
Music 10
Rewatch Value 10
STORY All viewers please come into The Pillow Book C-Drama erasing everything that you knew about their love story from 10 Miles of Peach Blossom C-Drama because much of that was made up. The production team didn’t have the rights to adapt the Pillow Book (their love story was very different in the first drama from what was actually in both novels i.e. 10 Miles of Peach Blossom and The Pillow Book). I’m loving this so far. It is more faithful to the actual Novel version. ?‍♀️ Thanks to the production team and actors! ?OMG!!!! I now know that this could end up being the 2020 series that gets me over my heartache from when ‘The Untamed’ ended. ? OTP It’s a delight to see Bai Feng Jiu studying, & cooking as well as her weaponry making & her sword fighting skills ⚔️. There is an amazing innate strength to her character so she is more rounded in this version. When she wants something and thinks it’s the slightest bit possible, she goes for it. Her tenacity is actually quite outstanding. However, when she believes it’s not possible, she let’s go. She’s not waiting for fate to define her. Also all we got in 10 Miles of Peach Blossom C-Drama was Bai Feng Jiu being doey eyed & moping around or mischievously stealing the lamp. Here, there is more depth with her motives and actions. She loves Donghua Dijun & wants to be with him, but she understands that this is very separate to the need for her to truly try and pay him back for saving her life. So far this drama is doing a good job showing how much as fairy of royal birth she sacrifices, struggles & suffers but still remains steadfast in all her efforts to pay back the strongest & most revered Imperial Majesty who is a god that ‘lacks nothing’. Moving on to Gao Wei Guang every action of his as this Donghua Dijun seems effortless & majestic. I don’t hear enough people talking about how good he is in this. He should be getting endless praise for this performance. It’s perfect. It’s great that we finally get to see Donghua Dijun truly fight. His true might!!! His power is immense & how he fights with such graceful and simple movements is impressive! CINEMATOGRAPHY The CGI is better quality than Season 1 for Ten Miles of Peach Blossom. Also the sets are more grand, as well as being more elaborate & intricate. The cinematography shown for this new series for Heaven and Qing Qiu is so much better. Just a personal opinion, Feng Jiu’s projected ‘dream-like bubble’ that she sits in when she’s a her fox form is a bit weird. OST 10 Miles of Peach Blossom OST was epic!!! This isn’t as good but it is definitely starting to grow on me! ACTING Everyone in the Heaven arc, even the new faces, in Heaven & Qing Qiu suit their part and act it out well especially if you compare their behaviours and relationship to how it is written in the novel. Zhong Li, Si Ming & Lian Song with Chen Yu are hilarious!!!! Seriously I’m loving everyone except I can’t quite get on-board with the new Zhe Yan. I still wish they had kept the original A-Li from 10 Miles of Peach Blossom too. They owned their roles. I love the new Bai Zhen. Also Bai Zhen casually challenging his worrying father was the interaction I didn’t even know I needed. I loved seeing the same actor back as Bai Zhi Dijun & his interactions with his grandkids. That whole Bai family ? are so amazingly cool! I also do like almost all the other demon lords, especially Demon Lord Nie. Their motives seem real and their acting is really good & not over the top. Everyone is great...but Yan Chiwu and the Miao Lui (Demon King) both over exaggerate their performances & so it comes off as cartoonish. It’s a shame. TIMELINE Bai Feng Jiu seems to be maturing quickly (not due to time with age) but because of her experiences. This story’s timeframe seems much shorter compared with watching Bai Qian’s story (spanning 70,000 yrs from Kulun). I’m also grateful this has less timeline errors. To be honest I had to switch off about ages of gods & timelines of key events during 10 Miles of Peach Blossoms C-Drama because they got it all so badly mixed up in the dialogue. It gave me a terrible headache. Here I’ve only found a small one in this drama which is easy to overlook so I’m so very happy. Although not key to this storyline, I like that some of the events that happen and/ or are mentioned overlap in both the 10 Miles of Peach Blossom C- Drama and The Pillow Book C-Drama. I personally prefer how this drama version has been depicting Dong Hua Dijun & Bai Feng Jiu’s relationship. It’s been so cool to see the source material come to life so I’m really curious & excited about the mortal arc and the dream-verse arc. Hamster428’s translated online version for The Pillow Book also helps contextually with how, why and when the likes of Chen Ye & Aranya (Alanruo) are born plus also Bai Gun Gun so I can’t wait to see how it’s done and the way their story concludes in this drama.

Ongoing 56/56
Dojelin
36 people found this review helpful
Other reviews by this user
0
Feb 4, 2020
56 of 56 episodes seen
Ongoing 0
Overall 10
Story 10
Acting/Cast 10
Music 10
Rewatch Value 10
The novel was wonderful (see Hamster428's excellent completed English fan translation on NovelUpdates). The drama is beautiful and I'm so happy to see Donghua, FengJui, Siming and LianSong again. The drama appears to follow the novel plot line closely, so there's lots to look forward to. They did replace Phoenix Lord ZheYan and Fox Lord Bai Zhen with two younger actors who play the roles well. Fairy Chen Yu was also replaced with a younger actress who acts well. Little Ah-Li was changed because the previous actor aged out of the role. As much as I would have liked to have all the original cast back, it's a different production company that bought the rights to this novel, so I'm just glad they made a drama from this with Dilreba and Vengo! Even the Fox King and Heavenly Emperor actors are back, which is a nice touch. The special effects are much improved. Oddly, Heavenly Palace is now a very white and gold more complex palette, as opposed to the previous drama's more classical look, and all soldiers wear face masks. In 2017 when I finished Ten Miles of Peach Blossoms, I sooo wanted to see a sequel with Donghua and FengJui, and here it is on Viki with subtitles. I can't express how happy I am to watch this. For those who may not know, when the other production company purchased the rights to make Ten Miles of Peach Blossoms into a drama, they didn't purchase the rights to Pillow Book. So, in Ten Miles of Peach Blossoms they made up a lot of Donghua and FengJui's storyline (which was why it was kind of draggy). Because the Pillow Book drama is based on the Pillow Book novel, it can make full use of the novel's complicated and long storyline. It's only in the beginning thousands of years that FengJui is chasing after Donghua. Later, it's his turn.... Also, I remember reading that the author was still writing two more novel sequels in Chinese, Bodhi Vine and Step Lotus. One sequel is about God of War MoYuan (Ye Hua's twin brother), and the other is about Prince LianSong (Heavenly Third Prince). So maybe there will be more dramas to come!!!! 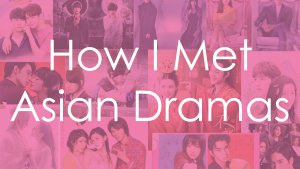 How I met Asian dramas^^ 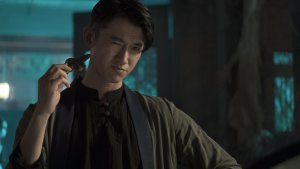 Stuck at Home....Why Not Try a Drama From Taiwan?