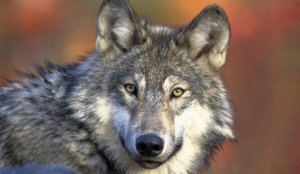 I started watching dramas a few years ago, but I was never as addicted to them as I am now.

Anime was what I started with first, and then from there I was introduced to Japanese dramas, which I thought was similar to the Japanese animations in how the characters acted and reacted to situations.

I never even thought to watch dramas from other Asian countries until one of my childhood friends told me about Mary Stayed Out All Night, which was my very first Korean drama. Maybe not the best, but it´s still dear to my heart as it introduced me to K-dramas.

I´m not really that fond of movies so I don´t watch a lot of them. Dramas are what I love, no matter what country they´re from - I like them all... mostly :P Korean dramas are what I watch the most from though, because they´re just so amazing! My goal is to watch every Korean drama that´s been made - although I don´t think that will happen as there are so many of them, they´re constantly being made and there aren´t enough hours and days in a year, haha. But I can always try! :D

I love dramas, but that´s not all I watch. I also enjoy watching Variety Shows, I find them very entertaining and often hilarious. I will list the shows I´m watching and how much I´ve seen of each show down below:

I love learning new languages, and I guess that´s a good thing since I want to become a translator in the future :D I know Norwegian (as this is the country I was born and live in), English (Obviously :P ) and Russian (as that is my mother tongue. My mom is from Ukraine and married my Norwegian dad, so I´m half of each). I have started learning Korean and hope to be a fluent speaker someday.

My hobbies are: watching Asian dramas, reading books & drawing. I like to do other stuff too, but that´s less important as drama watching takes priority :P hahaha XD

I have a few goals for the future about stuff I wanna watch:

1. Watch everything Kim Go Eun, Park Bo Young, Lee Joon & Yamazaki Kento have starred in (that is possible to find and watch with English subtitles).

4. Eventually I will finish stuff that I have dropped, since I don´t like quitting in the middle of something.

Challenges I`ve been a part of and completed here on MDL: